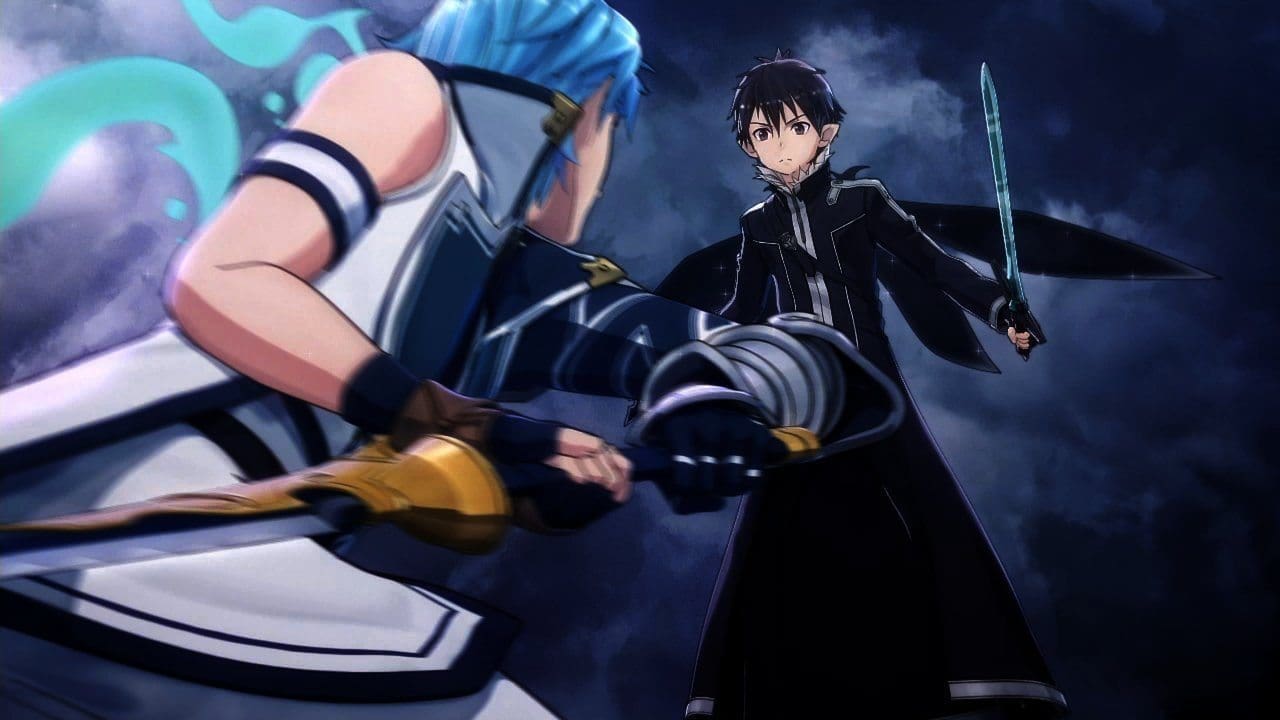 Sword Art Online: Lost Song continues the alternate reality storyline that began with SAO: Infinity Moment and its successor SAO: Hollow Fragment. As a player who solely watched the Anime and is not familiar with the previous games or manga, there were characters who I was expected to know and some story elements that I had to simply accept and move on. Once I got past the continuity issues I actually started enjoying my time with Lost Song. While aesthetically Lost Song isn’t revolutionary by any means, the HUD is a spot on recreation of what Kirito and Co. see and use in game. From inventory navigation to enemy health indicators, Lost Song clearly tries to make players’ experience as close to that of Kirito and Co. I spent hours leveling up various sword skills and magical abilities as I found myself constantly switching Kirito’s loadout in favor of one-handed, two-handed, and dual-wield fighting. Each style has separate skills and abilities to cater to how each player wants to explore and play. The new area, Svart Alfheim, functions as a major game update for Alfheim Online giving players all sorts of new bosses to conquer and areas to unlock and explore. Clearing dungeons with the chance of new weapons had me flying all over Svart Alfheim trying to find the best possible gear, just as I imagine Kirito would. Players explore Svart Alfheim with their chosen trio of characters, and Kirito doesn’t have to be one of them! Over a dozen characters are able to be selected for your ideal trio, including player-designed characters which the game treats as Kirito. I was partial to Kirito, Asuna, and Agil as Agil is almost a literal tank and looks hilarious with wings and I’ve never shipped anything like I shipped Kirito and Asuna when I first started watching SAO. Party members held their own in combat and were quick to heal me when I found myself in a bind. Being able to actually rely on AI characters was refreshing and made the repetitive combat a little more bearable.

Grinding is a huge part of Lost Song as each skill starts at level 100 and maxes out at 1000. While leveling up skills to this extraordinary height does have dividends, it is easier said than done. Because I kept switching between styles and skills the lofty 1000 level goal has yet to be reached, but I will not give up. For those more decisive than I, picking and sticking with a skill gives solid motivation to roam about fighting every monster, beast, and slime in sight. Mixing up the party members also keeps things interesting when you head into a dungeon you’ve cleared a hundred times before. Just be careful not to get caught up grinding for lengthy periods of time, unless you save the game at an inn no matter how many quests you complete or dungeons you clear, there is no autosaving so the hours spent killing kobolds may be for naught.

While Lost Song caters to fans of the series, there are a number of idiosyncrasies that made the experience sometimes lackluster. A major drawback is the dialogue. Whether it is poor writing or poor translation, cringe worthy lines make scenes with beloved characters rather painful. Having to hit X for every new line also got old incredibly fast, and sometimes became more taxing than combat. Combat also gets frequently interrupted by “cutscenes” that could have easily relayed the same information via voiceover. These cutscenes also seem to skip over what could have been exploration gameplay. With the simple unlocking of a door my party finds our objective as well as a journal leading to a new area, an inevitable boss fight, and off we fly without even actually setting foot through the door. Considering the key was conveniently located in a random patch of grass five feet away, a slight challenge would have been nice.

Ultimately I think Sword Art Online suffers from an identity crisis. Lost Song puts a lot of faith in the story, but that story can only be fully appreciated by those who have played the previous games and are familiar with that reality/storyline. Players like myself who pick up a copy expecting to get more story like the anime or manga will be in for a surprise. I think had Lost Song tried a gameplay style like Dragon Quest Heroes or other Dynasty Warrior-esque games the repetitive combat and virtually endless grind might have been more enjoyable. Or perhaps the Destiny formula would compliment the MMO setting of SAO. Whenever I saw a cluster of NPCs in town areas I often thought of the Tower and how seeing random players running around doing their own thing would foster a more immersive experience. While I see myself going back after the main story is completed to top off my skills and beat up my friends in the surprisingly fun PvP mode, the grind becomes more work than it’s worth after playing for more than a couple hours straight.

Thorough customization options and a plethora of quests to complete make Sword Art Online: Lost Song maintain its replay value even with the repetitive grind. A lackluster story makes multiplayer and PvP the best part of Lost Song. Fans of the Sword Art franchise will most likely find something for them, and will enjoy the game because hey it’s better than nothing. However players looking to check out Sword Art for the first time would be much better off trying a different medium before hopping into this Sword Art centric, yet fairly standard Action RPG.