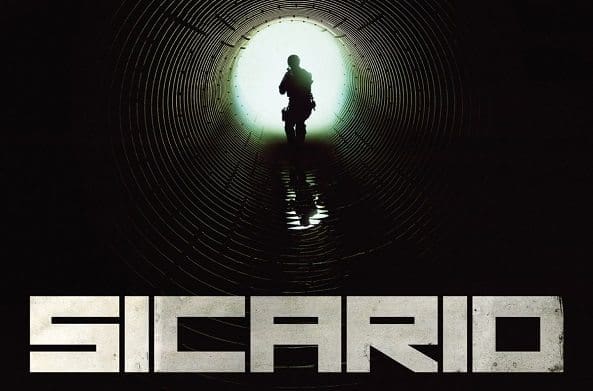 Although most of her roles have her playing an American-born woman, Emily Blunt was actually born in England in 1983. She still retains her English accent but it is rarely used in any of the recent films she’s been in. 2003 was the start of her career when she portrayed the character “Isolda” in the film entitled Warrior Queen. Since then her notoriety began to rise more and more after appearing in the films: The Devil Wears Prada, The Adjustment Bureau, and Looper. Now she is looked upon as a bona fide action star and depicts that role in the new Denis Villeneuve hitman film called Sicario.

Emily Blunt plays Kate Macer, an FBI agent who leads a team focused on hostage rescue. While on a mission in Chandler, Arizona her task goes awry and a much bigger scheme is uncovered. Due to this development as well as her fantastic work track record, Kate is asked to aid a government task force on combating the drug war in Mexico. The task force is headed up by two mysterious men named Matt Graver (Josh Brolin) and Alejandro (Benicio Del Toro) who drip feed Kate information on what their goal truly is.

Suspenseful, dramatic, and action-packed is the best way to describe Sicario. It’s a film that doesn’t hold your hand but instead makes you question everyone’s actual motives. Emily Blunt is essentially a surrogate for the audience by throwing her into situation after situation where she is given little to no information. By using this technique, every conflict that arises carries much more weight and ramps up the suspense in a much more exhilarating and meaningful way. With all of that said, it all adds up to an overall brilliant and entertaining film.

Every single actor in this film gives their utmost best in portraying unique and memorable characters. Blunt is electric and is able to convey a woman who is incredibly tough and insanely smart. She brings an incredible sense of depth to a character that we barely know anything about. Brolin pulls a lot from a little and gives off a very Dirty Harry type of vibe which is in perfect contrast to Blunt’s character. Del Toro is the wildcard of the bunch and is able to transform himself from a mysterious background character into a one-man wrecking crew. His performance alone will make you see the actor in a completely new light. The last notable performance is that of Maximiliano Hernández. He isn’t in the film for very long but his depiction of a man who simply wants to provide for his family helps to ground the film with a much deeper and tragic tone.

Looking back at the film as a whole there really isn’t any major flaws that were brought to my attention. Some people may not like how everything wraps up in the end but I felt that it was a very solid conclusion to the story. So if you are looking for an action film that is smart, intense, and doesn’t fall into the normal Hollywood tropes, Sicario would be a fantastic choice.

Synopsis: A female FBI agent is tasked to help a government task force with the fight against drugs in Mexico.