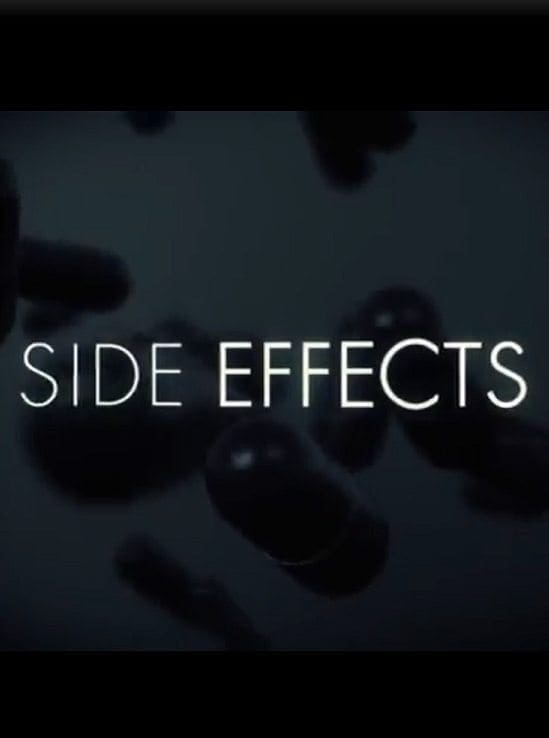 Side Effects, which marks the “final” theatrical film for Steven Soderbergh, deals with an upper class couple who are trying to restart their life after the husband, played not so astoundingly by Channing Tatum, is released from jail for insider trading. Rooney Mara plays the wife who was blindsided by his arrest and is thrust into a deep depression which is the starting point for the movie. We are led to believe that this is going to be a psychological drama about her mental downfall, however the movie shifts into something more intriguing during the second and third acts.

The first thing I noticed about Side Effects was the cinematography. Soderbergh’s typical framing is there, the close-ups framed with out of focus foreground objects, but any trace of color has been sucked out of this world. I enjoy Soderbergh’s work because he has in own unique vision and this one is no different. The literal atmosphere is made to mirror the emotional atmosphere of the characters. It is constantly overcast and the only time the sun is shown is during a flashback wherein Channing Tatum is taken into custody by the FBI. I also love his use of steadicam because it gives me the feeling that every shot is thought out and calculated, much like what happens in the movie.

The screenplay, while solid, seems like it was leftover fodder from Contagion. There isn’t any mention of a super virus or anything like that, but a great deal of emphasis is placed on the side effects of the drugs that the wife has taken, I know, crazy right? This isn’t to say that this aspect of the story isn’t important, because it is. The story itself is a little convoluted, but it is one of those rare treats where every character gets what they deserve, even Channing Tatum.

I let out an audible sigh when Catherine Zeta-Jones appeared on screen. Given her last performance in Broken City I was ready for her to ruin this movie, she surprised me though. Every single actor in this movie is great, with the exception of Channing Tatum, sorry ladies. In fact, except for A Guide to Recognizing Your Saints, which if you haven’t seen I recommend you do, Channing Tatum is a bit overrated in my opinion, sorry again ladies. Ever since The Social Network I’ve wanted to see more of Rooney Mara because she is just fantastic and I hope that she continues her winning streak. Jude Law rounds out the cast as Rooney Mara’s doctor who is an unwitting pawn in the game.

Side Effects is a little drawn out and not wildly original, the story resembled a two-hour episode of Law and Order, but excellent acting and great directing helps it rise above similar movies, which is more than I can say for Haywire, Soderbergh’s previous attempt to elevate genre movies to a higher artistic level.

A woman turns to prescription medication as a way of handling her anxiety concerning her husband’s upcoming release from prison.