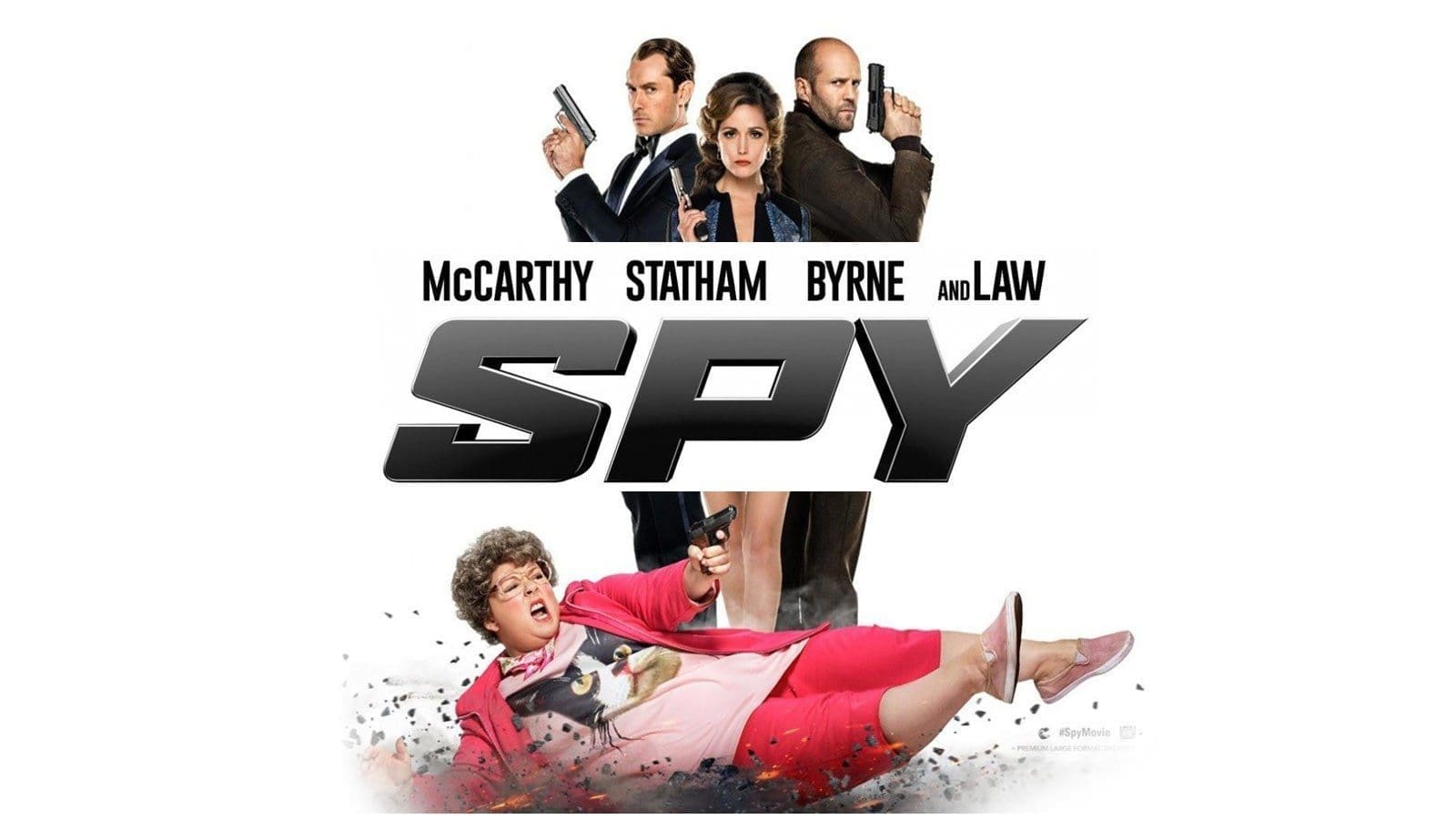 Parodies of the spy film genre have been around for some time now. They are great at taking the standard tropes that spy films use over and over and completely poking fun at them. The film Casino Royale from 1967 is a parody of the James Bond franchise that was actually able to use the Bond film rights from Ian Fleming. In 1996 Leslie Nielsen starred in Spy Hard which was similar in whimsical tone to The Naked Gun series of films but was solely focused on the spy aspect. The most notable spy parody would have to come from the string of Austin Powers films which barrows characters and plot lines from nearly the entire Bond franchise. Now to change things up a bit, director Paul Feig has decided to cast a woman as the lead secret agent in his new Bond parody film entitled Spy.

Melissa McCarthy stars as Susan Cooper, an average-looking CIA analyst that helps out field agent Bradley Fine (Jude Law) while she sits behind a desk. Due to the terrorists knowing the identities of the CIA’s top agents, Susan is tasked to go undercover and figure out where the terrorists are holding a nuclear bomb before it creates a global catastrophe.

Unlike most James Bond parodies, Spy takes on a very hard edge to its comedy that utilizes graphic gore and insanely obscene language to make the audience chuckle. While other comedies use these techniques in a very over-the-top way, Spy exploits them only when they are needed and by doing so makes them much more potent. In addition, at first glance the film may appear to be targeted only at the female demographic, but its hard edge makes it just as entertaining for guys to watch as well. McCarthy is fantastic as always by playing a woman that is somewhat out of her element. She knows exactly what buttons to push in the physical comedy realm while spouting out quip after quip of hysterical dialogue. While she gives a great performance throughout the film, the real standout is Jason Statham. He’s mostly known for all of his action film roles, but here he is playing an undercover agent who thinks way too highly of himself. He is absolutely hilarious by gushing over very elaborate stories of his past exploits that become more and more over-the-top as he continues to tell them. Normally Statham puts fear into the audience with his dialogue, but here he is able to completely poke fun at himself and it works fantastically.

While not every joke completely hits its mark, the majority of jokes will leave you crying from laughter.  Furthermore, although the spy film parody has been done time and time again, by adding a woman to the lead role it completely brings something fresh to the table. So if you are aching to see a film that will make you undoubtedly laugh, Spy would be a great choice to check out.

Synopsis: A reluctant CIA analyst must go undercover to find a nuclear bomb that a terrorist group has hidden.