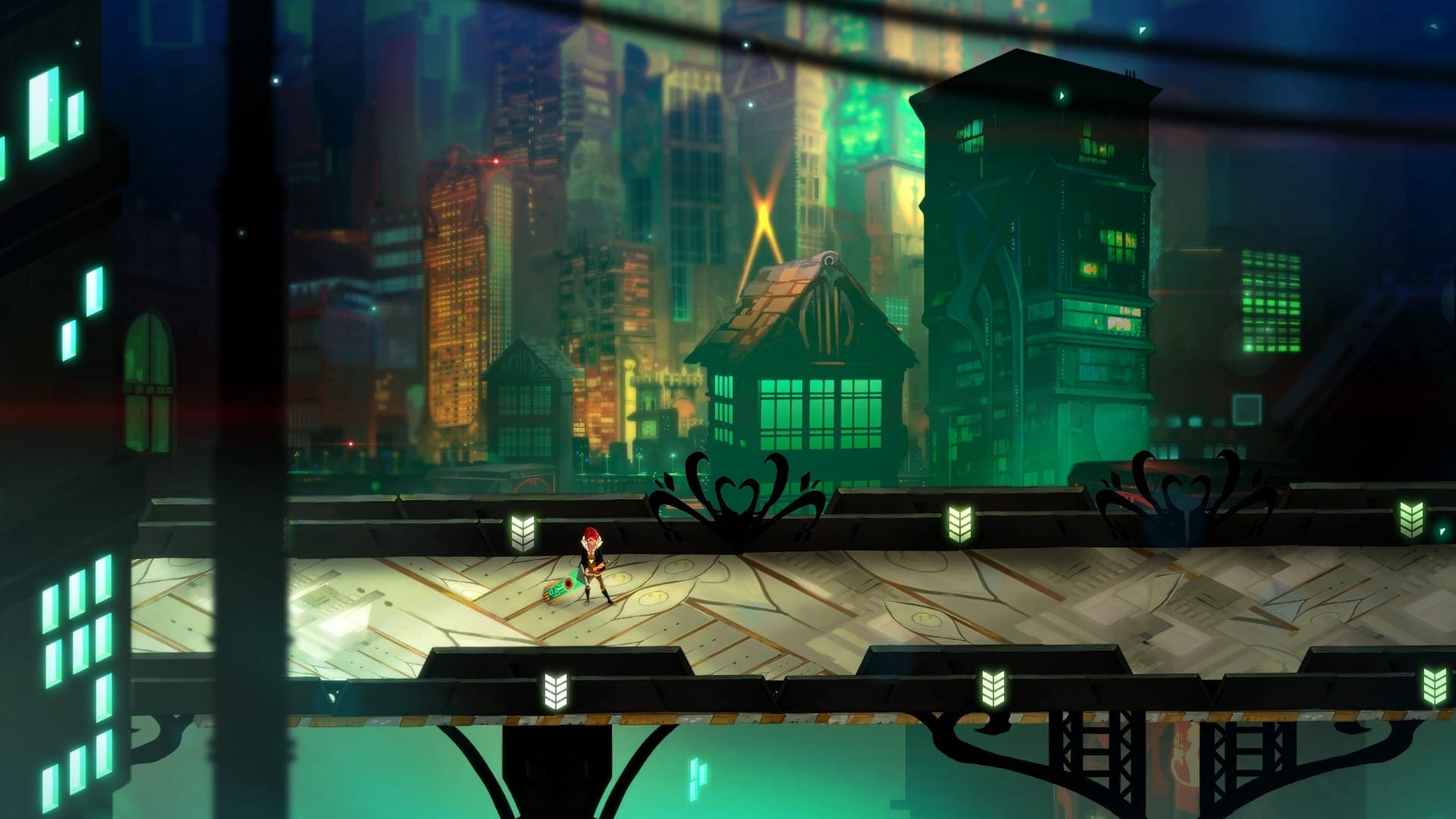 Bastion had an art and sound style unlike most other games before and since. That combined with polished combat and its awesome narrative hook made it a must play during the summer of ’11.

Now, Supergiant Games has announced their follow-up title, Transistor, which looks more akin to Blade Runner than the SNES retro stylings of its predecessor.

Here is Supergiant Games’ comments on the game:

In Transistor, players assume the role of a young woman who gains control of a powerful weapon after a mysterious group of assailants nearly kills her with it. Now she must fight from street to street against forces that will stop at nothing to recover the weapon. During the course of the adventure, players will piece together the Transistor’s mysteries as they pursue its former owners.

We expect Transistor to be released in early 2014. We have not yet decided on which platform or platforms the game will be available for.

They have announced that the game will be playable at PAX East this week, which only serves to increase my angst over not being able to make it out to Boston. Do yourself, and me, a favor and check out the game if you’ll be attending. Make sure to also send me a tweet and let me know how the game is looking. I would appreciate it!