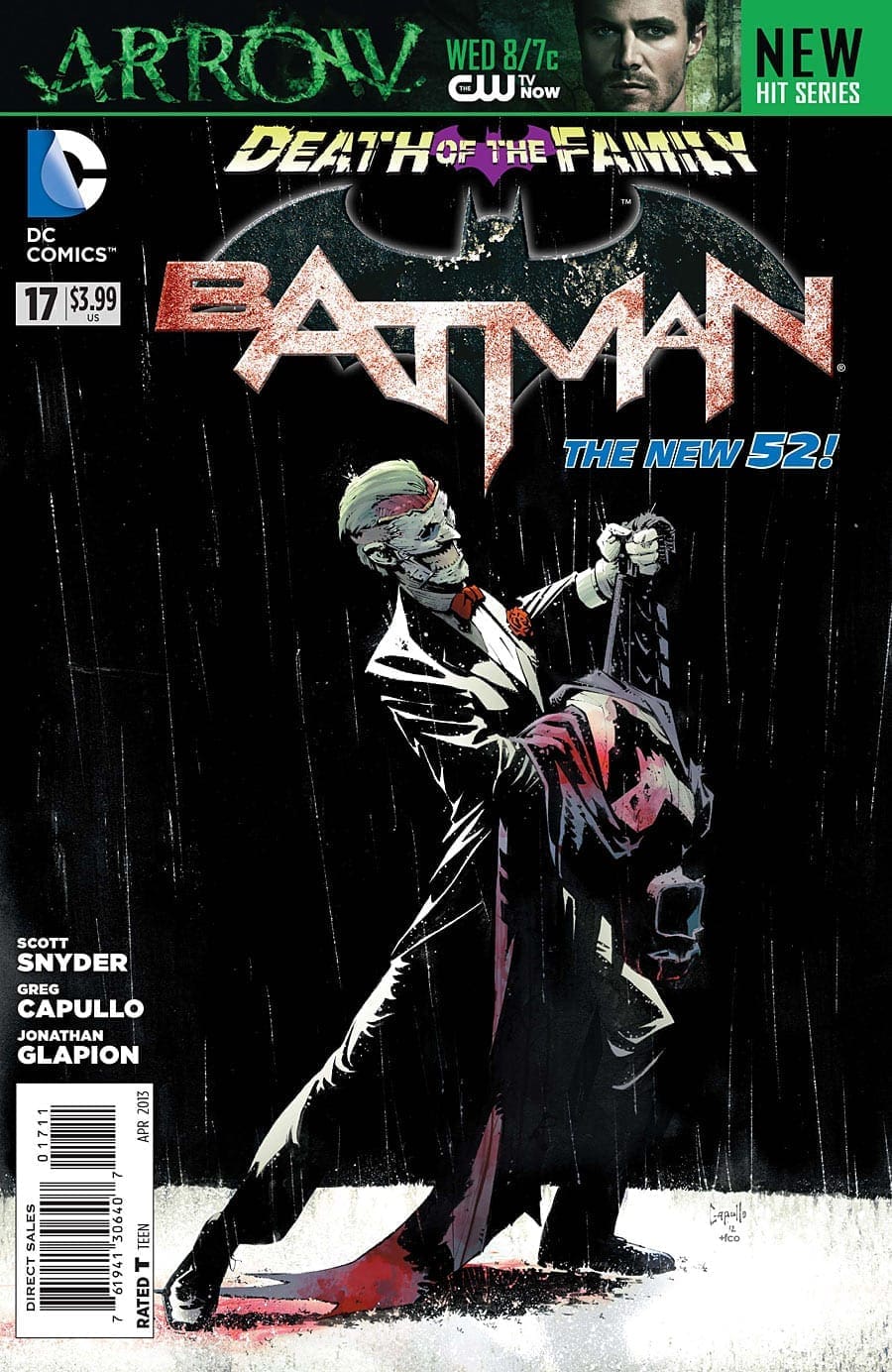 This week, Scott Snyder and Greg Capullo wrap up their huge “Death of The Family” Joker story arc in Batman #17, The Walking Dead has a huge week with issue #107 and the Governor special, Alex Ross’s cover art for Star Wars #2 is beyond beautiful, and lastly, I HIGHLY recommend Planet of the Apes Special #1. I love BOOM! Studios Apes series and pretty excited for this book! An alien world, a thousand-year-old prophesy-is the Invisible Woman a long-awaited intergalactic messiah? The curse of the Femme Fatale has been around long before Josephine. Now we go back to the dark ages, to Medieval times, and the story of a young woman warrior facing unknowable horror that echoes down through time! Another standalone FATALE FLASHBACK issue, and a perfect place for new readers to jump on board! And remember each issue of FATALE contains extra content, articles and artwork that are not available anywhere but the printed single issues.

The blood-soaked tale of a bounty-hunting dentist and his partner, a recently freed slave, in the post-Civil War South!

This is an adaptation of the full screenplay, including scenes that may not make it into the final theatrical cut! The Ghostbusters are gone, spirited away by some dastardly demons from another dimension! But spectral shenanigans haven’t ceased in the city that never sleeps, meaning a new group will need to step up and don the proton packs.

Will the New Ghostbusters be able to rescue their predecessors, or will they share the same fate?

The Ghostbusters creative super-team of Erik Burnham and Dan Schoening return to bust out more ectoplasmic excitement in this all-new Ghostbusters ongoing volume! Rick is, once again, pushed BEYOND his breaking point. A cagey young Imperial officer seems to anticipate the Rebels’ every move, so Princess Leia forms a “stealth squadron”-including Luke Skywalker-to expose a suspected spy within their ranks.

When the Lawgiver, the revered ape leader, was assassinated by a human, Ape City fell into a vicious civil war. Ten years have passed since the horrific violence fell on Ape City and a fragile peace is finding footing. Voice Alaya, once the revered leader of the ape ruling class, has been deposed and awaits sentencing in Ape City’s prison; meanwhile Sully, the exiled leader of the human resistance has begun to rally forces, both human and ape. Little do they know they’re both on a collision course towards an even greater danger neither can even begin to imagine…

Called ‘The best PLANET OF THE APES comic ever. And one of my favorite comics of the year, period.’ by Jason Aaron (SCALPED, WOLVERINE AND THE X-MEN), Daryl Gregory’s epic continues!

‘The Most Dangerous Secrets We Have… Are The Ones We Keep From Ourselves.’

The new Nick Fury leads a covert Avengers strike team including but not limited to Hawkeye, Black Widow, The Hulk, The Winter Soldier, Maria Hill and Phil Coulson on missions so dangerous, even the team members themselves can’t know about them!

The true flagship book of the X-Men returns. In the wake of the Phoenix, the world has changed and is torn on exactly what Cyclops and his team of X-Men are–visionary revolutionaries or dangerous terrorists?

Whatever the truth, Cyclops, Emma Frost, Magneto, and Magik are out in the world gathering up new mutants and redefining the name UNCANNY X-MEN.

This is it: The stunning conclusion to ‘DEATH OF THE FAMILY’! Who lives? Who dies? Who laughs last? Find out as Batman and The Joker face off one last time!

Chuckie blogs about comic books for Geek News Network and Comic Book Therapy. He also likes the smell of coffee and rich mahogany in the morning. Follow Chuckie on Twitter, or lurk him on Facebook, which ever you prefer.

* This article was compiled while listening to the album A Celebration of Guilt by the band Arsis.
[SlideDeck2 id=9304]

PAIZO AND DYNAMITE PARTNER TO BRING YOUR PATHFINDER HERO TO LIFE...

Beyond Rue Morgue: A Return to the Character Who Created a...