Aliens: Colonial Marines was made by Sega and Gearbox Software, who of course brought us the Borderlands series. I had been looking forward to this game for a while, the trailers looked great and this game is of course based from one of the best horror series of all time, Aliens. I must say I even had an Alien movie marathon a few days before this game came out, but did this game live up to the hype of the original series? Not quite.

Aliens: Colonial Marines is supposed to be the sequel to the 1986 Aliens film and the campaign starts 17 weeks after the events of the end the movie. A new crew of marines is sent to examine the abandoned Sulaco spaceship and the remains of Hadley’s Hope. And one thing they did do right with this game is re-creating the setting of the movie. However the nostalgia you feel about that shortly wears off as you trek through the rest of the campaign.  The gameplay feels like any other generic first person shooter and you just go throughout the spaceship and other environments killing aliens, or Xenomorphs. One of the worst things about this game I would have to say is the AI of the Xeno’s. I played through this game on normal and it seemed far too easy. The Xenomorphs did not exhibit any brain cells of any kind. They would just stand there then charge at you never changing their strategy, and this impacted the game greatly. I thought this game would be a bit like the Dead Space games, where you feel dread walking from room to room not knowing where an attack will come from. The Xenos could have hunted you in packs, or attacked you from different areas but no they only know how to run right at you, and thus they were an easy kill. This game did not exhibit any of the horror that the films did and the AI of the Xenomorphs are a large reason why.

I will say that the multiplayer for this game was a bit better than the campaign, but not by much. There were four different multiplayer modes, Team Deathmatch, Escape, Extermination, and Survivor. The online play feels a lot like the Left 4 Dead games where you get to play as the marines and the Xenomorphs however the Xenos are fairly useless. The gameplay seems a bit unbalanced, as it would take a whole pack of Xenos to take down a marine. This is one of the more disappointing aspects of the game for me. Before the game came out I was hoping there would be a mode like this where I can be an awesome kick-ass alien however they just weren’t that great and the multiplayer gameplay suffered because of the imbalance between the marines and the aliens.

What Else Went Wrong?:

Another main reason this game was disappointing was the graphics. Having great graphics isn’t something that I need from every game, however I think that they are very important to this type of game. Great graphics would not have made this a great game, but it would have added to the atmosphere and terror that this game desperately needed. Instead it looked like something you would have played on an old Xbox or PlayStation 2. And the final disappointment was the gun selection. This one was not too bad because the Xenomorphs were pretty easy to kill anyway, but there was nothing super unique about the guns and they were a bit generic.

If you are looking for a great new first person shooter, Aliens: Colonial Marines is not for you. This game wasn’t terrible but it wasn’t very good either. If you just want to run from room to room and open fire on a bunch of aliens without much strategy or skill then you might like this. But the game lacked any scare factor that you might expect from a game based on the Alien films. I would say that this game fell flat on just about every level and did not live up to any expectations. And I believe that James Cameron as well as many of the fans of the film series would be disappointed in this game. I would advise avoiding this game or at least renting it instead of forking over big bucks for it. 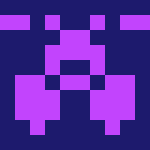