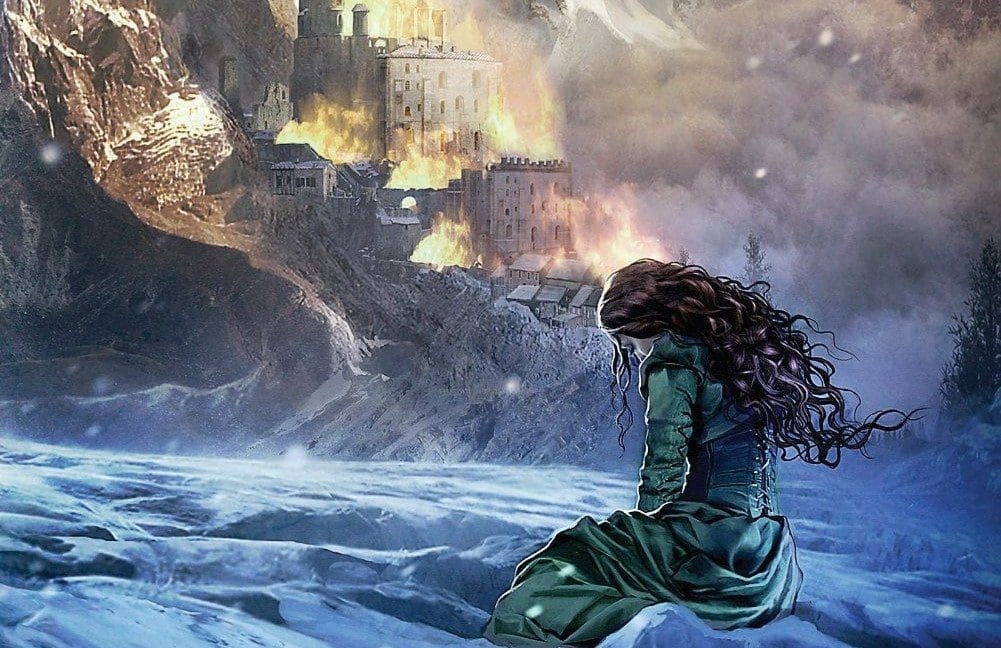 At the end of every book, there should be a lingering thought burning in the back of the reader’s mind. As I finished reading The Banished of Muirwood by Jeff Wheeler, I concluded that any dream is achievable with enough hard work and a little touch of luck. For Jeff Wheeler, his stroke of luck was a dream. When he woke up from his fascinating dream, he hurriedly jotted down some notes on the paper beside his bed. He then began his journey to writing full time and eventually was able to quit his 22 year career at Intel to pursue his true passion. He attended New York Comic Con 2014 to do his first signing and now The Banished of Muirwood will be for sale in paperback or digital copy on August 18th, 2015.

The Banished of Muirwood begins with the sad tale of a princess, Maia, who is caught in the middle of her parents’ divorce. In her kingdom, women are not allowed to read, write, or practice magic. On top of that, divorce is also prohibited unless the wife is unfaithful or a hetaera, a female magic user that wields a deadly kiss. Maia’s father tries all that he can to cast away his wife because she could not bear him a son. To completely cast her away, he also tosses their only daughter aside by banishing her. Her tale is one of lies and betrayal, a wicked stepmother, a deceived father and a spicy touch of forbidden romance. The series also has a graphic novel, The Lost Abbey, published by Jet City Comics. The graphic novel takes place before the events of The Banished of Muirwood.

The story is indeed enticing with plenty of plot twists and girl power. It is intended for a younger audience, so it is a clean read. (No worries about the kids finding this one.) The downfall to this novel, however is the poor editing and the author’s ambiguous writing style. For example, on page 41 in Chapter Four it reads, “An arrow lanced by him, the shaft clattering against a nearby boulder or stone hut.” (Or?) And again, on page 298 when Maia asks if a person had died (trying not to give any spoilers) the man she is conversing with replies, “The only and not yet. He could not flee.” On page 301, “If she do bring you orders from the king, I am sure you will be commanded what you should do.” (Huh?) There are several instances in this book that the sentences are disjointed and it is difficult to comprehend what the author is trying to convey.

Despite these downfalls, however, I believe this book could be positively captivating after some more editing. I personally look forward to Jeff Wheeler’s next book so I can discover what happens next in Maia’s web-spun tale.