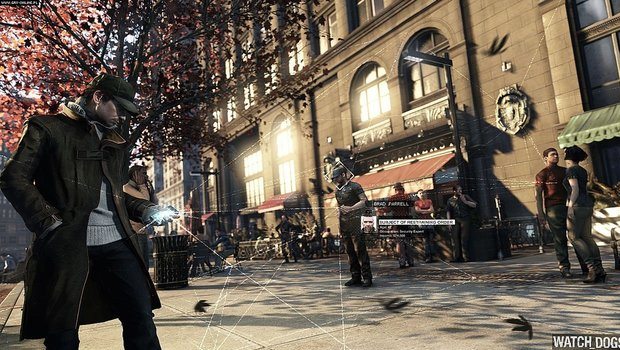 A few days ago, Ubisoft released a gameplay demo specifically focused on the open world gameplay in Watch_Dogs. Colin Graham, Animation Director at Ubisoft, takes us on a wild ride through the city of Chicago and shows us everything you can do outside of the normal gameplay missions. It’s almost like an extremely futuristic version of Assassin’s Creed, only with a mega badass hacker that wears two layers of clothes and a trench coat. Anyway, enough of that; check out the video. Below it I have also shared some of my thoughts on the demo (and admittedly may have geeked out a little bit as well).

Everything shown in the gameplay demo looks amazing. I am still completely blown away by the fact that everything you do in this game affects what can happen next. Colin even told us, as he was showing us how to hack the “Central Operating System”, that you can approach every situation however you desire. This tells us that Ubisoft is attempting to allow a player with any type of gaming style to pick up this game an enjoy the hell out of it.

[pullquote]Basically, you get to decide what type of person you want Aiden to be perceived as based on your actions.[/pullquote]We also get a very brief look at Aiden’s “Focus”. This essentially represent’s his “analysis capabilities and quick reflexes.” In other words, it allows you more time to shoot your opponent in the head if you have trouble aiming quickly in a high stress situation, or just simply don’t do well with timed actions. With this “focus” mode, any gamer should be able to handle any ‘complicated’ situation the game throws their way. Whether or not we, as players, will still get stuck at a difficult spot for a while in the game remains to be seen. You know that spot I’m talking about too; where you get stuck and die so many times and want to throw your controller at your TV screen. That is the one I’m talking about.

Besides being able to hack each district’s Central Operating System, you also are able to prevent crimes as you come across them. The choice is completely up to you whether or not you want to stop that potential mugging or murder, and if you decide to intervene it sounds like there is a number of ways that this could play out: the criminal may decide to run or take off in a car, call for backup, or turn around and get into a firefight with you. The way you handle the criminal in the end can also affect your reputation, which is apparently an important factor of the game. The media and the civilians around you could portray you as a vigilante hero or just another criminal thug.

Basically, you get to decide what type of person you want Aiden to be perceived as based on your actions. Choose carefully.

As if all of that isn’t enough to get you hyped up about the game, we also get a peek at the multiplayer component of the game that was hinted at in earlier announcements. The demo shows that when another player hacks into your game, you won’t know it until they’re trying to hack you. From there, you get to seek them out and stop them. They can run back into their game once you’ve stopped them or you can choose to locate them and hack back into their game for good ol’ fashioned revenge. There aren’t many details on how well this will work, however, I did find a post on Ubisoft’s Official Blog going into a few more details on the multiplayer component.

This is just a brief taste of the asymmetrical and innovative multiplayer in Watch Dogs. While the team isn’t talking yet about the risk / reward loop of hacking into another’s game (other than to say there’s been a lot of thought put into this, so it’s fair yet compelling), Colin did share a few more interesting details. For starters, you can enter someone’s game and simply be a voyeur. Or you can grief someone – ram into them with a car when they’re trying to stop a crime, for example. (However, this aspect of multiplayer is disabled during main and side-missions, so no worries there!) Colin also assures us there are plenty of multiplayer missions in which you’re tasked with protecting another player, so it’s not just about adversarial actions. Finally, you can turn off the multiplayer component if you like, but since it’s already disabled during missions, we say keep it on – it’s a great way to enhance the complexity and fun while free-roaming through Watch Dogs’ open world.

Chances are, there will be your fair share of “griefing” in the game if you decide to keep this component on. Thankfully, as mentioned above, the multiplayer component is automatically disabled when you’re in a main or side mission. Could you imagine if it wasn’t, otherwise? Good god. For those that are having a really bad day with the griefing or just really don’t feel like being bothered, you do have the option to turn it off completely. I, however, will probably welcome this ability to hack each other. I can see a lot of sneaking around and killing each other for fun in our future. [Ed: Even as someone who dislikes griefing, this happens to be a selling point for me.]

All in all, after watching this demo, you can bet your ass I’m super pumped to be getting this game when it comes out. The game is filled with so many things to do and so much potential for creating chaos whenever I damn well please, that I have a feeling I may be calling out of work to play it all day once it’s released.