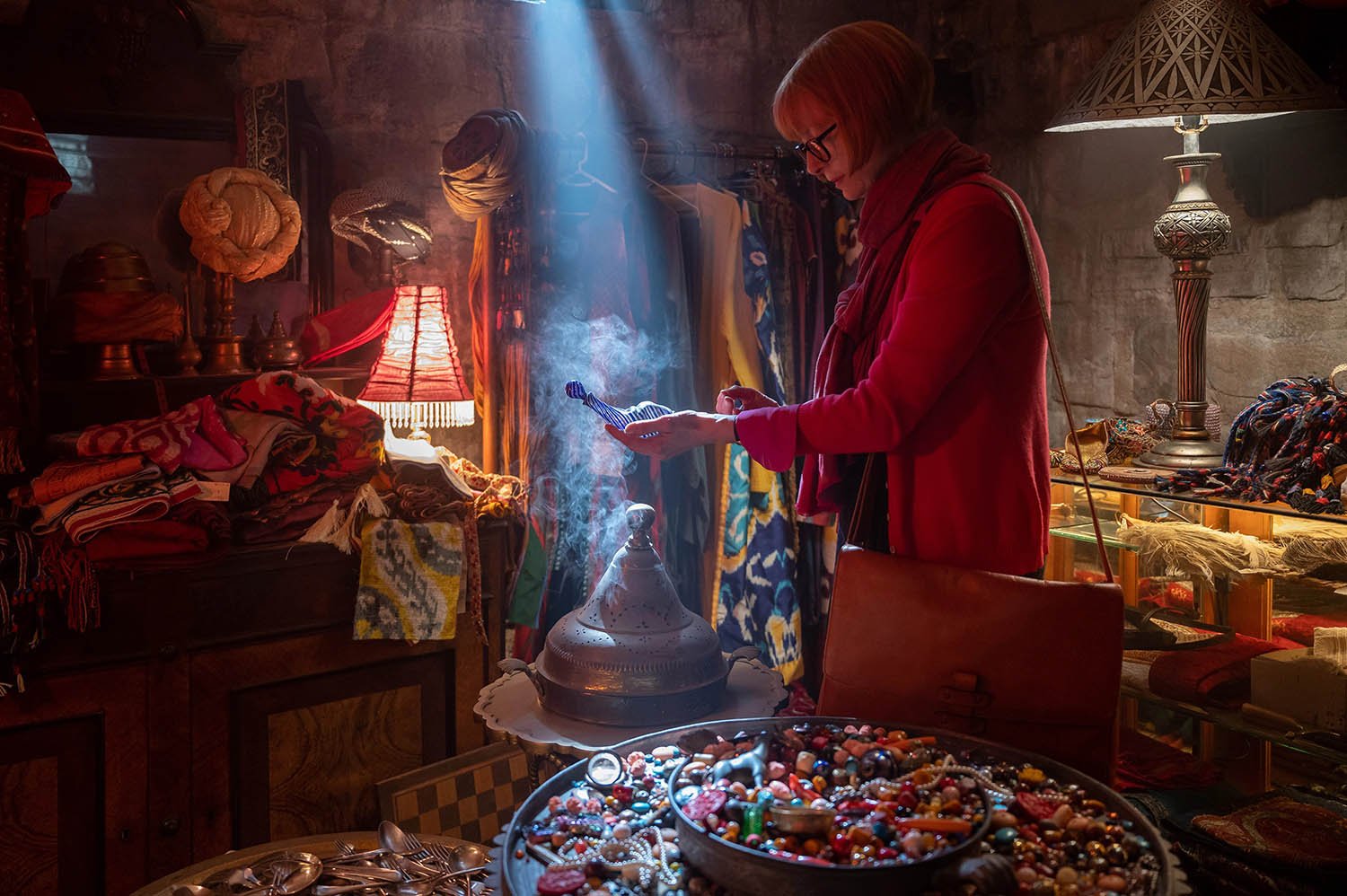 George Miller has made some fantastic films in his career. Mad Max: Fury Road is easily one of the best films of the last decade. Before we see the prequel to that film, Furiosa, Miller has turned his attention toward an adaptation of the short story, The Djinn in the Nightingale’s Eye. It’s an interesting tale that features some recognizable tropes from stories of the past, but the film adaptation doesn’t quite hold up.

Three Thousand Years of Longing is about Alithea (Tilda Swinton), a scholar and narratologist who travels the world collecting and discussing stories and myths. While she’s on a trip to Turkey, she discovers an old bottle that happens to house a Djinn (Idris Elba), better known as a genie in some cultures. The movie then presents multiple flashbacks showcasing the Djinn’s previous escapades, before focusing on Alithea and the Djinn.

A bulk of the film covers the Djinn’s past, focusing on his time with the Queen of Sheba (Aamito Lagum), and other characters from history and folklore. While these tales are visually appealing and even otherworldly in some instances, they don’t progress the story. On their own, they’re only moderately interesting, and when taken in as a whole, they have minimal impact on the film.

The best moments in Three Thousand Years of Longing come from the interactions between Swinton and Elba. Most of these scenes are confined to a hotel room or a single house, but the conversation and intellectual banter between the two are the highlights of the film. While it’s easy to understand the need for the larger set pieces featured in the flashbacks, they add very little to the narrative and detract from the dynamic between Swinton and Elba.

Without the flashback sequences, the film is more of a drama than a fantastical endeavor. However, as it stands, the film feels a bit disjointed in its delivery. The Djinn tells these stories as a way to give confidence to Alithea so she’s willing to make her wishes. If she doesn’t make her wishes, then the Djinn will never be free. Meanwhile, Alithea is cautious due to the fact that many Djinn is mischievous and will use their wishes against their masters.

Instead of including Alithea and the Djinn’s interactions in the flashbacks, they feel like completely separate stories. Including something along the lines of Alithea entering into these flashbacks as though she’s viewing them first-hand would have added more cohesion to the film. Some of the flashbacks are confusing, while others feel as though they go on for far too long. This is all because they’re simply not the most compelling aspect of the film. You just want to get back to the conversation between Alithea and the Djinn instead of indulging in the flashbacks.

It’s difficult to understand the thought process behind these fantastical sequences, other than to make the movie feel bigger. Yet, because the flashbacks take up so much of the film, they can’t be removed without adding a considerable amount of scenes with Alithea and the Djinn. This would’ve been more enjoyable, but also drastically decreased the scope of the film. Miller clearly wanted something epic in scope, but the flashbacks need to be more directly connected to the rest of the film.

Three Thousand Years of Longing feels like a film that’s having a bit of an identity crisis. On the one hand, it wants to be a big fantasy blockbuster, which only works periodically, but on the other hand, it works very well as an intimate drama with a cast of two. These two warring ideals never come to terms in the movie, and that creates an unbalanced product. The film is still quite interesting and serves as a fantasy-infused romantic drama, but with a bit more focus it could’ve been another great film in George Miller’s vast catalog.

About Three Thousand Years of Longing

Synopsis: A lonely scholar, on a trip to Istanbul, discovers a Djinn who offers her three wishes in exchange for his freedom.