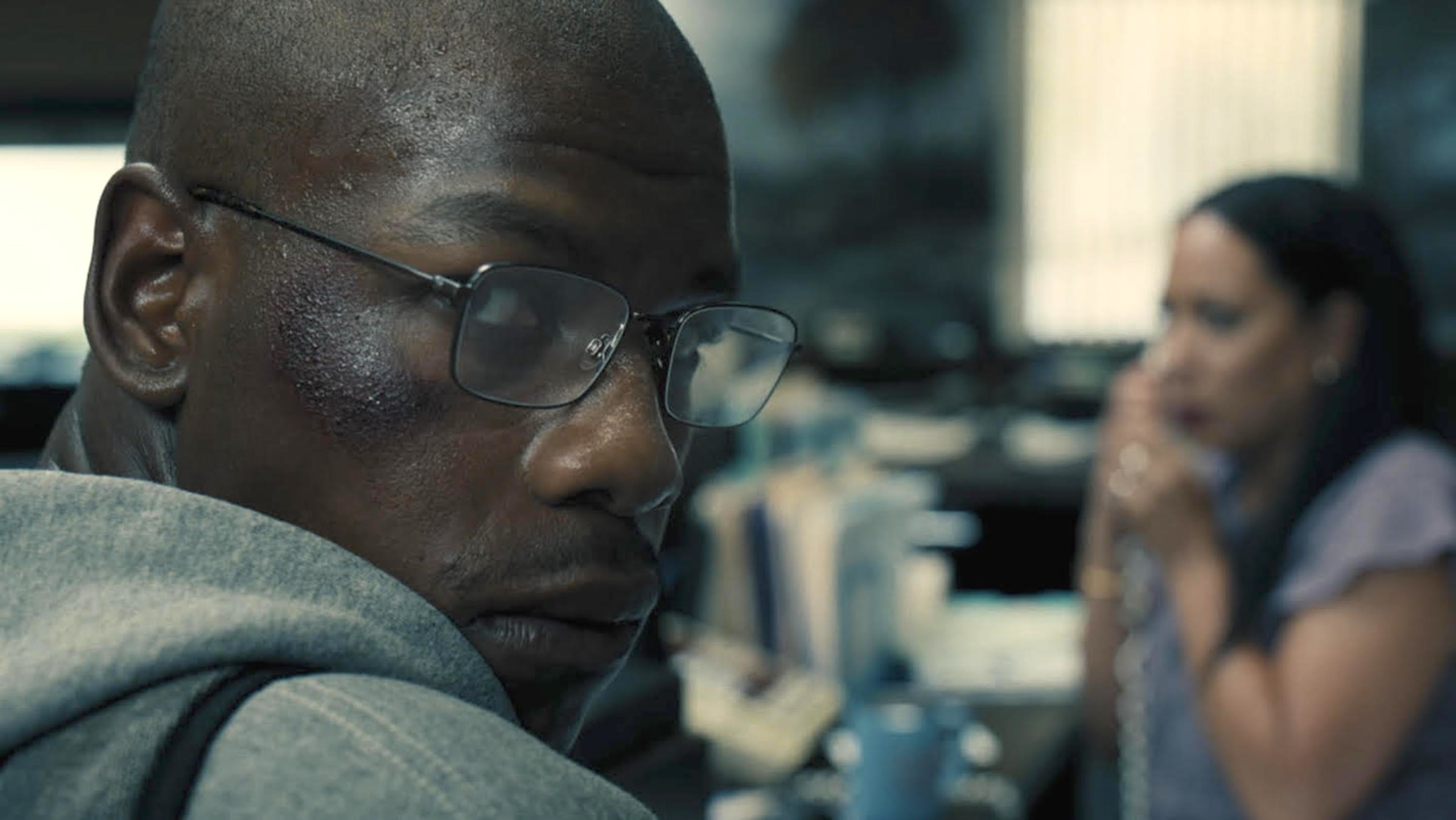 If you watch the recent Star Wars movies, you may think John Boyega is just an average actor. His role as Finn got progressively worse from The Force Awakens to The Rise of Skywalker. However, people who are familiar with the actor outside of Star Wars know that he’s one of the top rising stars in the business. He was great in Attack the Block and looks to have a solid turn in The Woman King as well. Before that, Boyega can be seen in Breaking.

Breaking is based on the true story of Marine war veteran, Brian Brown-Easley (John Boyega), which is told with surprising accuracy. Some of the names have been changed, but by all accounts, the events that unfold in the film are very accurate to the actual events that occurred in 2017. Brown-Easley took issue with the fact that the Office of Veterans Affairs had not sent his disability check of $892. This was due to a college tuition bottleneck, but at the end of the day, it meant Brown-Easley would soon be living on the streets.

The former Marine held up a Wells Fargo bank near Atlanta, GA, but not with the intention of robbing the bank. He didn’t take any money, even though it was readily available. All he wanted was attention placed on his VA issues so that he could get the $892 check he felt he was owed. While it’s true that Brown-Easley had PTSD and other mental health issues, the fact that the movie makes very clear is that a man was placed in this position and lost his life because the United States government failed a Marine that served his country honorably.

In some ways this story is similar to the 2002 Denzel Washington movie, John Q. In fact, there are times during the film when Boyega feels as though he’s directly channeling Washington’s memorable performance. This is easily one of Boyega’s best performances to date, to the point where he’s almost unrecognizable. You feel his pain, you feel his confusion, and it forces you to question why something like this would happen.

Breaking is also one of the last performances from the late Michael K. Williams. The famed actor plays negotiator, Eil Bernard. His frustration is also felt throughout the film, as you see police incompetence firsthand. Breaking has done an exceptional job at not only providing a very accurate depiction of real-life events but also showcasing a problem in America that has just recently come to light with the Black Lives Matter movement. Not only are many of the policemen in charge uncaring and incompetent, but they’re also quick to shoot instead of attempting to resolve a situation peacefully.

While there’s quite a bit to enjoy about the film, Breaking does have a few minor faults. In building the story, the movie starts off at a slow pace. It takes some time before Brown-Easley gets to Wells Fargo, and even longer before the police arrive. An audience will need to have patience in order to enjoy the first half of the film. It’s a necessary setup, but one that may have needed to be a bit faster-paced to properly hold the attention of an audience.

One other minor issue with Breaking is that it doesn’t place an emphasis on the $892. While it’s mentioned late in the film, and at one point the movie was even titled, “892” it’s easy to miss that point. When you combine the slow pacing with the subtle mention of the $892, it’s not difficult to overlook the fact that the real problem is how this man lost his life because the VA refused to work with him. He was nearly forced onto the streets over a mere $892, which his family has still not received.

Breaking offers outstanding performances from John Boyega and Michael K. Williams. It tells a compelling story that is about as accurate as it can be. If the pacing was just a little faster, this could have been in the running for one of the best films of the year. As it stands, the film is definitely worth a watch. If you can make it through the first half, you’ll be rewarded with an emotional and pointed conclusion.

Synopsis: A Marine war veteran faces mental and emotional challenges when he tries to reintegrate back into civilian life.