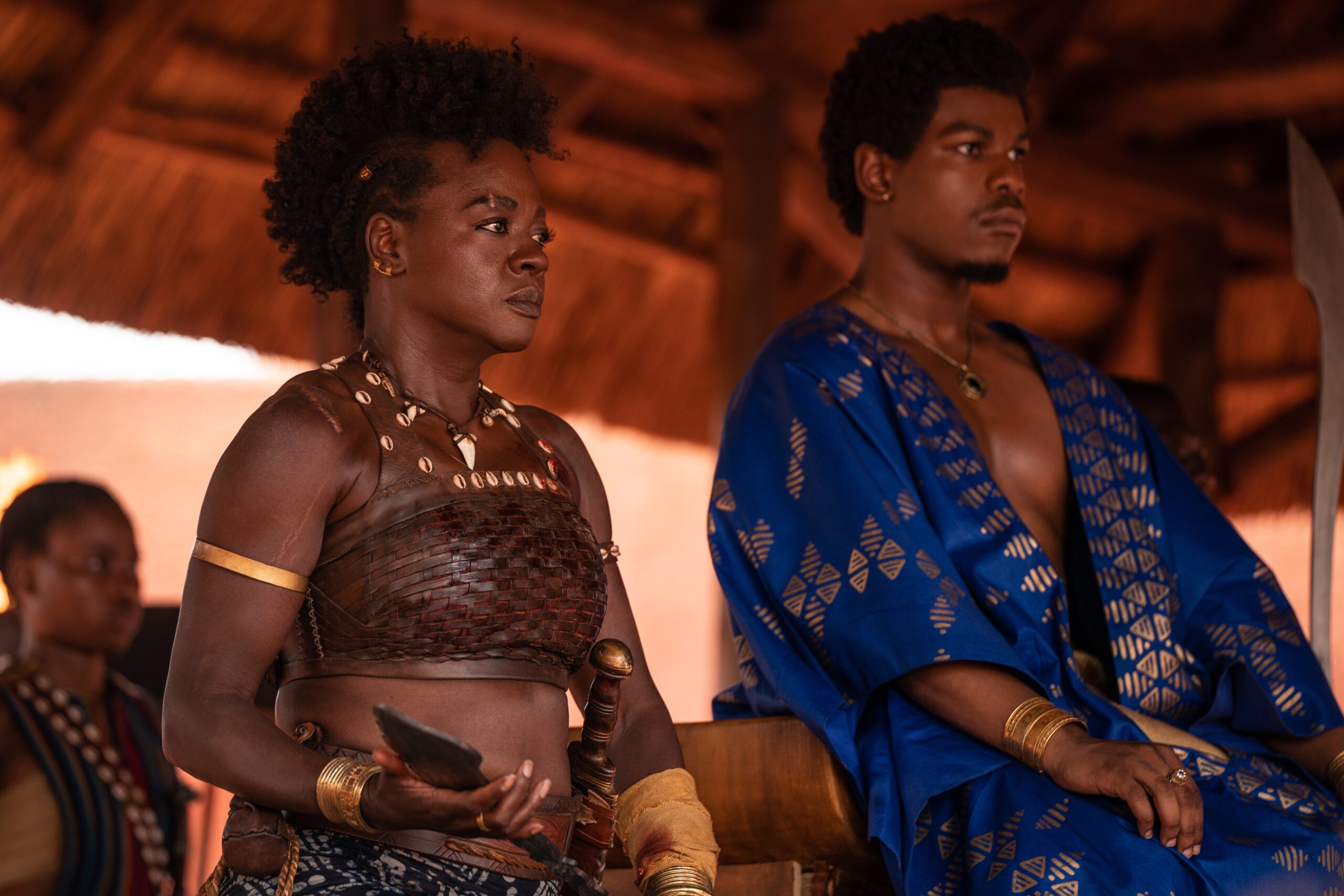 The release of Black Panther back in 2018 was more than just the next Marvel Studios film. It cemented Black culture in blockbuster films, proving without any doubt that films focused on Africans could perform well in theaters. Since that time there have been far more films focused on that demographic, with considerably more variety than the slave-based films that would appear every few years.

The Woman King takes historical events and adds a fictional spin to them. The film primarily follows the Agojie, a group of female Dahomey warriors who partially inspired the Dora Milaje from Black Panther. In the movie, this group of warrior women is led by General Nanisca (Viola Davis). While she is a fictional character, she is loosely based on a historical leader with similar characteristics.

Nanisca is an important advisor to King Ghezo (John Boyega), as the Agojie are a strong military power for the Dahomey kingdom. She is a powerful voice toward ending the slave trade. This differs a bit from history, as the end of the slave trade mostly came after Ghezo’s reign, but as a mix of historical fact, and dramatized fiction, the movie works quite well.

The female warriors of the Agojie are the stars of the show when it comes to The Woman King. In addition to Nanisca, you have her right-hand women, Izogie (Lashana Lynch) and Amenza (Sheila Atim), both Marvel Studios alums. You also have one of the new recruits, Nawi (Thuso Mbedu). All of these women completely dominate any scene they’re in. Viola Davis is the rawest and most powerful she’s ever been, while Lashana Lynch’s performance makes you wish she was more prominent in the Marvel Cinematic Universe.

While these actresses are far and away the stars of The Woman King, John Boyega’s portrayal of King Ghezo should also be applauded. While not as visceral as Boyega’s recent turn as Brian Brown-Easley in Breaking, this is easily one of the best performances of Boyega’s career. He moves mountains with just a few words, and even with the thick accent of the Dahomey, his tone and body language make every emotion clear and direct.

The Woman King takes its time to introduce all of the main characters. It carefully crafts a story that the audience cares about, featuring characters that slowly become more and more important. This creates an experience that moves at a steady pace, keeping the audience engaged, and pushing the story forward, while still spending enough time with these characters to care about what happens to them by the end of the film.

This is a film that should dominate the awards circuit, but Hollywood and the Academy can be almost as fickle and ignorant as the men in the YouTube comments section for The Woman King trailer. The performances on display in The Woman King are all award-worthy. As a whole, the film falls just short of Everything Everywhere All At Once, which remains our favorite film of the year, but the standout performances here eclipse even the great Michelle Yeoh and Ke Huy Quan.

The release of The Woman King was also well-timed, as it arrives in theaters just two short months before Black Panther: Wakanda Forever. While one is a superhero blockbuster, the other tells the more intimate, yet equally thrilling historical tale that inspired many of the characters and themes of Black Panther. No matter your race or cultural background, The Woman King is a film worthy of your attention.

About The Woman King

Synopsis: A historical epic that is based in alternate history of The Kingdom of Dahomey, one of the most powerful states of Africa in the 18th and 19th centuries.