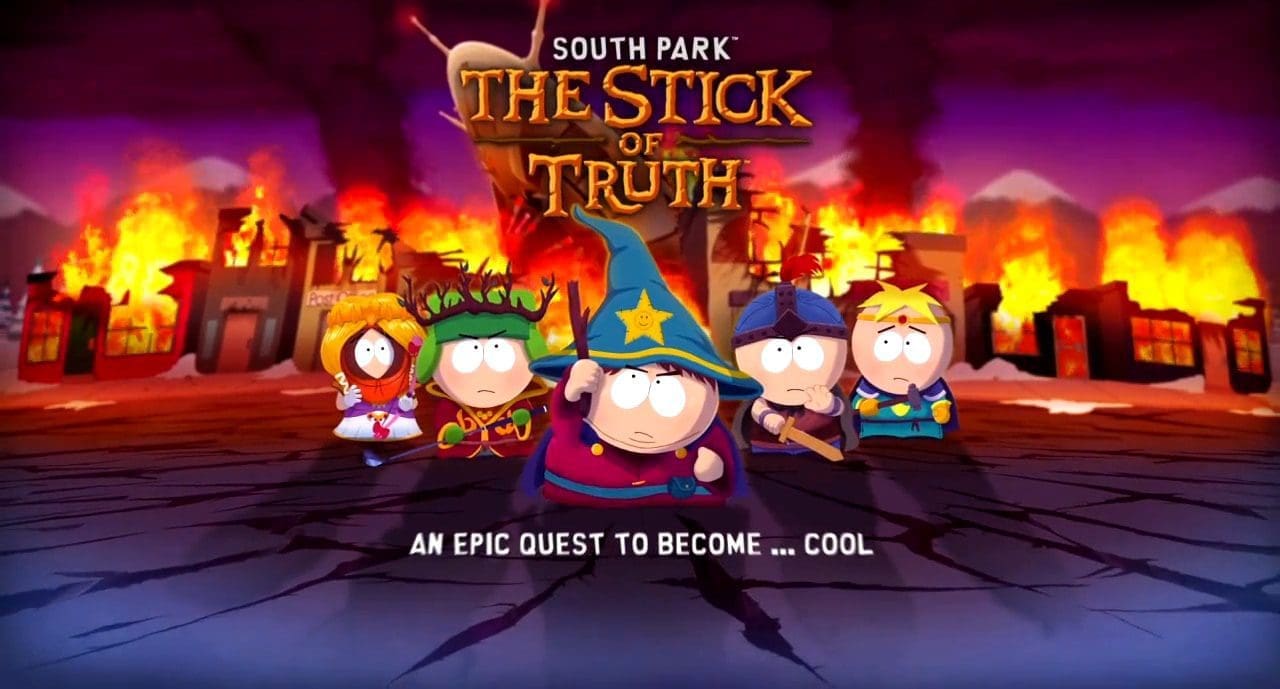 South Park: The Stick of Truth, long thought to be waiting in limbo for cancellation after the destruction of THQ earlier this year, now has a release date! The game, written by series creators/writers Trey Parker and Matt Stone will be released on December 10th for 360, PS3, and PC.

Make sure to check out the above trailer, before moving onto the below press release which details the game’s $70 collector’s edition:

Fans can check out the latest action in South Park: The Stick of Truth by watching the new “Destiny” trailer, released today. In the trailer, the New Kid steps forth and fulfills his, well, destiny.

About South Park: The Stick of Truth:
Arm yourself with weapons of legend to defeat underpants gnomes, hippies and other forces of evil. Discover the lost Stick of Truth and earn your place at the side of Stan, Kyle, Cartman and Kenny as their new friend. Succeed, and you shall be South Park’s savior, cementing your social status in South Park Elementary. Fail, and you will forever be known… as a loser.

In addition, consumers who pre-order South Park: The Stick of Truth will also receive the Ultimate Fellowship Pack. Choose your class and pick your perk with four exclusive Stick of Truth costumes that come equipped with special abilities. Suit up as the Necromancer Sorcerer to increase your fire damage, earn extra gold by equipping the Rogue Assassin outfit, deal extra weapon damage with the Ranger Elf costume, or raise your defense with the Holy Defender outfit.

South Park: The Stick of Truth Grand Wizard Edition, a must-have for any self-respecting South Park fan worth his weight in cheezy poofs, will also be available on December 10 for the expected retail price of $79.99. This limited Grand Wizard Edition features a trove of mystical items from the deepest reaches of South Park to aid you in your quest to acquire the Stick of Truth and rid the realm of evil.

South Park: The Stick of Truth Game
The full game on Xbox 360, PlayStation 3, or PC.

The Stick of Truth Ultimate Fellowship Pack
Unlock the ultimate fellowship! Included for free in the Grand Wizard edition.