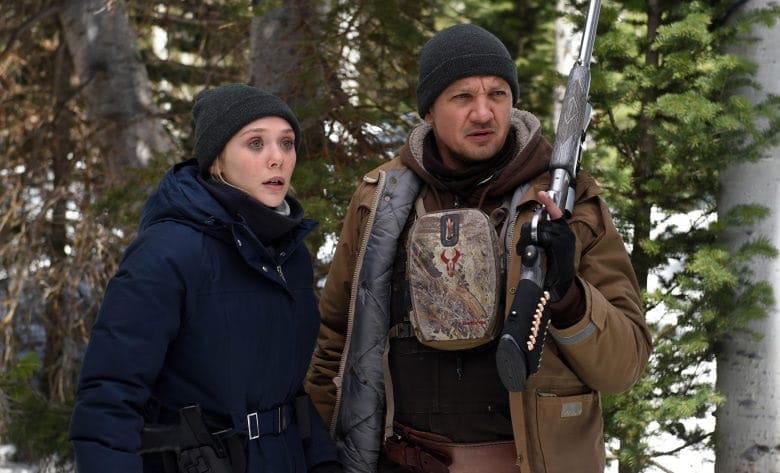 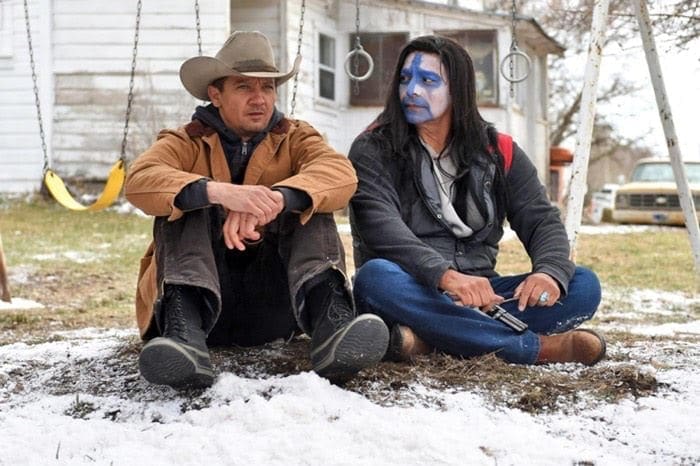 “How do you gauge someone’s will to live?”

It’s a question posed by the lead character in this modern Western set in the bone chilling mountains of the Wind River Indian Reservation, Wyoming. The story follows Cory Lambert (Jeremy Renner), who is a hunter for the US Fish and Wildlife, as he discovers the frozen corpse of a local Native American woman. FBI is called in to investigate but with limited resources, the agent sent is an unprepared Jane Banner (Elizabeth Olsen). As Jane struggles with the below zero temperatures of the crime scene, she soon discovers that this mystery is deeper and more involved than she thought. With the help of Lambert and the local Tribal Police Chief Ben (Graham Greene), Jane sets out to uncover the truth and fight the harsh and violent conditions of the wintry Wyoming terrain.

Wind River is an emotional thriller, that aims to shed light on missing cases on Native land, but it’s message is lost in a typical “good vs. bad” murder mystery. The overall theme of a landscape where it’s “survive or surrender” is powerful, but the original intention of the film was lost somewhere along the way.

Where this film shines is not the overarching story, but rather the small character driven moments in between. The main character Corey, feels authentic as a typical Wyoming cowboy, and the supporting cast of Graham Greene and Gil Birmingham, do an incredible job of immersing the audience in this harsh environment. To Elizabeth Olsen’s credit, her “fish out of water” FBI agent was a good stand in for the outside view looking in. The main character’s backstory seems a bit too convenient as a motivator for his actions, but Jeremy Renner crafted such an engaging character of subtle emotions, that it can easily be forgiven.

In fact, the acting overall is simply stunning in this film. Renner portrays a hardened hunter but the pain of his past is illuminated in his face. There are a few key moments in this film that hit hard, and the dialogue shoots right through your soul. When Jane and Corey arrive to the victim’s family, the exchange is thick with emotional tension and heartbreak as Corey consoles his long time friend.

In this film, the dialogue is hit or miss, but when it hits, its visceral and powerful. The stark landscape is a reminder of these people’s lives, as they live with limited resources and dying dreams. The story has some twists that are surprising and it builds up to a very bittersweet climatic ending.

Taylor Sheridan, the writer of Hell or High Water and Sicario, brings his background of intense character interactions to this film. He has set them this brutal environment that is both serene and deadly. Where the film lacks is in the contrast between the overall message and the intended message tacked on at the end of the film. The intention of this is to shed light on the lives of the Arapaho and Shoshone people, and show that there is a systemic problem with unreported crimes on the reservation. However, this message takes a backseat to the classic Western plot of good guys searching for bad guys with no gray in between. However, if there was an uncertainty of the characters’ moral compass, this film would certainly be less palatable to take in.

Wind River is a film to see for the small moments and the heavy hitting dialogue. Where other murder mysteries dive into the psychology of the cat and mouse game, this film dives into the emotional and moral impact of the investigation instead. It’s a powerful film to see, as it is immersive and gripping, but the power lies in the details. It lies in the small exchanges, the silent moments between characters, and the desolate landscape that shapes this story.

Synopsis: An FBI agent teams with a town’s veteran game tracker to investigate a murder that occurred on a Native American reservation.