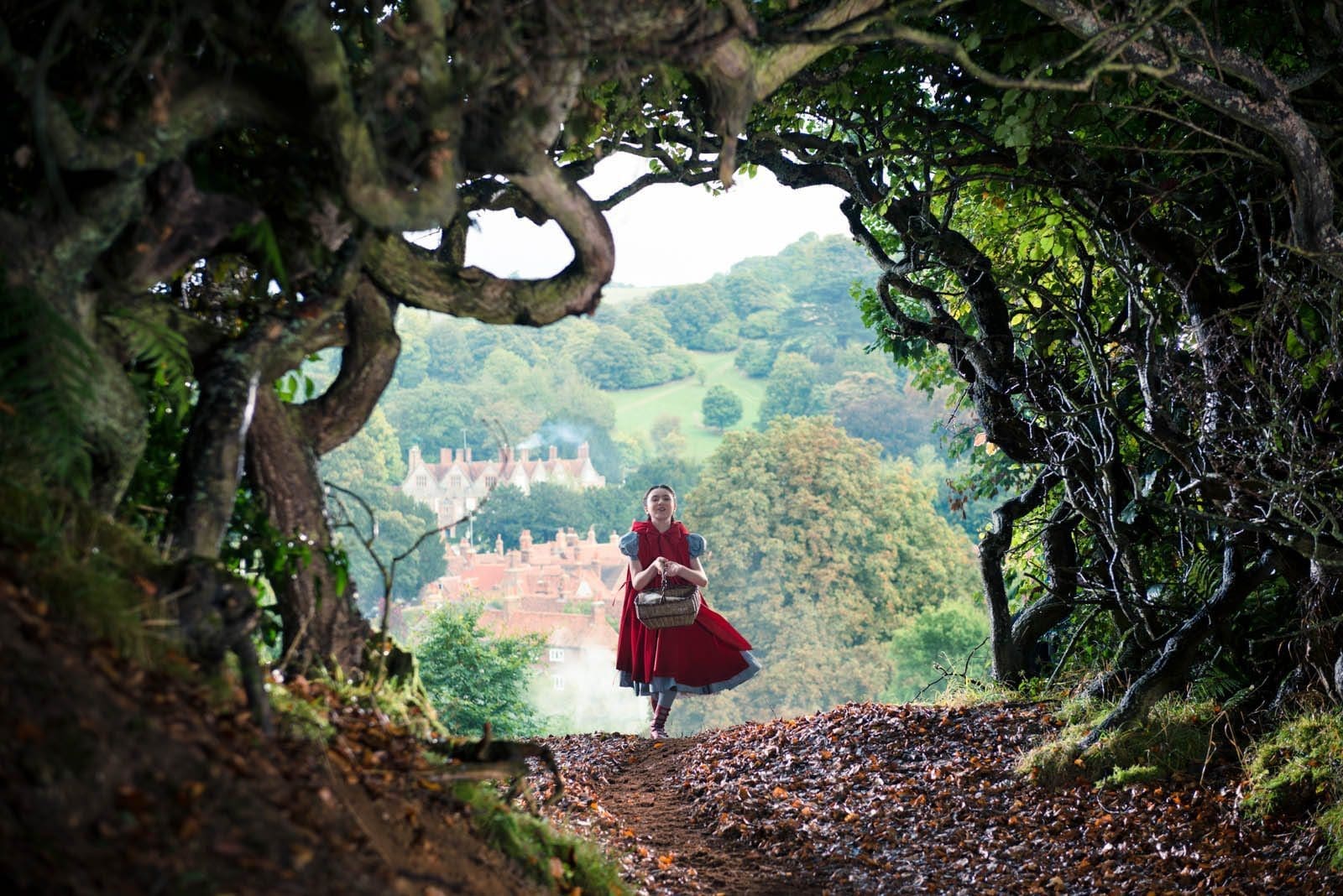 I wanted to love Into the Woods. I really did. It has a stellar cast, great music, and a storied history originating from the novel and more famously the musical production. Disney’s Into the Woods merges several fairy tales including Riding Hood, Rapunzel, Jack & the Beanstalk, and Cinderella while including a new storyline about a Baker and his wife who are cursed by the Wicked Witch who lives next door and enjoys gardening. The tale takes them into the woods, as the Baker quests after items to break the witch’s curse, while Cinderella tries to win her prince, Jack tries to appease his mother, and Little Red Riding Hood clearly demonstrates that she’s never been taught about stranger danger.

The first two-thirds are entertaining enough as various fairy tale characters are mashed together, and everyone seems to find their happily ever afters. The best bit here is between the two princes (Chris Pine as Charming and Billy Magnussen as Rapunzel’s prince) as they cavort through a waterfall while singing “Agony”. By the middle of Act II, the film drags and fizzles not because happily ever after is systematically dismantled through infidelity and death but because the cast is simply going through the motions for their paychecks.

Disney has famously whitewashed the darker parts of the musical here (since the narrative is over 20 years old, this review will include plot points), including not killing Rapunzel, down playing Red’s sexual awakening, and removing the fornication of Charming and the Baker’s Wife. This is a Disney film, boys and girls; it’s rated PG and even the characters who die on-screen aren’t really shown dying.

But it’s not all bad. Director Rob Marshall of Chicago fame cast a slew of talent most notably Meryl Streep as the Wicked Witch. We’ve seen Mama Mia, we know she can sing, and she’s great in the film. Scary enough without being too scary, albeit her back story lacks any depth. We have also seen Sweeney Todd, so we know Johnny Depp can sing, too. His Big Bad Wolf was perfectly executed with a little singing, a little dancing, and a little shadiness. Marshall uses him for a brief stint in the film but his screen time felt perfect. Anna Kendrick performs well as Cinderella and sends a positive message to girls everywhere when she decides that she doesn’t need the prince to be happy. The main quest thread is based around the Baker (James Corden) who is also confusedly Rapunzel’s brother (a plot hole that is never rectified in this film). He is an endearingly sympathetic character who feels out-of-place in this stellar cast. Emily Blount as his wife once played Streep’s bitchy assistant in The Devil Wears Prada but has come far from those days; she can sing, she can frolic, she can die in a blink and you miss it scene.

Colleen Atwood’s costuming on this film is gorgeous. She last worked with Marshall on Chicago and their ongoing collaboration translates well in this film. The Wolf’s suit alone could be the keystone for a theatre arts course, while the juxtaposition of cool and warm colors in Red’s blue dress and blood-red cape is a key look for this film.

Lastly, in true Disney fashion, mothers are killed in this film. After Blount’s character is shoved off a cliff by the giant’s mom, the giant’s killed ala David and Goliath by Jack who is played by Daniel Huttlestone (last seen in Les Miserables). Red (Lilla Crawford) loses both her mother and grandmother in the film but is still one of the most interesting things about the film. Perhaps, the focus on Huttlestone and Crawford’s an appeal to a younger audience while the witch and wolf drag the parents and grandparents to this Christmas Day film. Don’t get me wrong; this one’s watchable if the family wants to go, but Into the Woods felt forced as if Disney is trying to make a buck on an already extremely popular fairytale.

About Into the Woods

Synopsis: Based off Stephen Sondheim’s 1986 musical of the same name, Into the Woods finds several of Grimm’s fairytale characters meeting in the woods for a quest for love, life, and a little baby.

Marriage Story | Baumbach Finds The Raw Truth Of Families In...