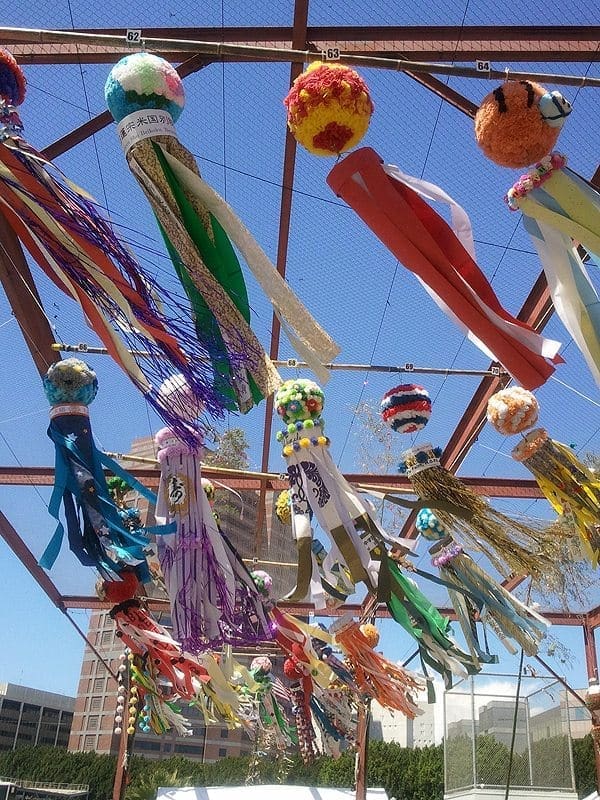 Los Angeles, CA – The Tanabata Festival is a centuries old celebration in Japan. It is held at various times between July and August. The legend goes that the daughter of the Sky King, who wove beautiful cloth for him, fell in love with a cow herder. The two were so in love that they neglected their chores and duties. This made the Sky King very angry that his daughter no longer wove and the herder let his cows wander all over the Sky Kingdom. He separated the two and they may only visit each other once a year if they have worked hard and finished their duties. They are represented by the stars Altair and Vega.

As part of the celebration people write wishes on colorful paper and hang them on special bamboo trees. The poems and wishes often have to do with work, duty or hopes for careers in the coming year. In Little Tokyo the streets are decorated with cheerful Kazari (bright paper streamers and paper balls). There are dances, food, music, martial arts demonstrations and bonsai and Ikebana displays. Amongst the traditional mingles a more modern element in the form of a cosplay contest and parade.

The Tanabata Festival is a part of Nisei week. The Plaza Festival continues Sat Aug 18 and Sun Aug 19.

For more information visit their official page at: http://niseiweek.org/