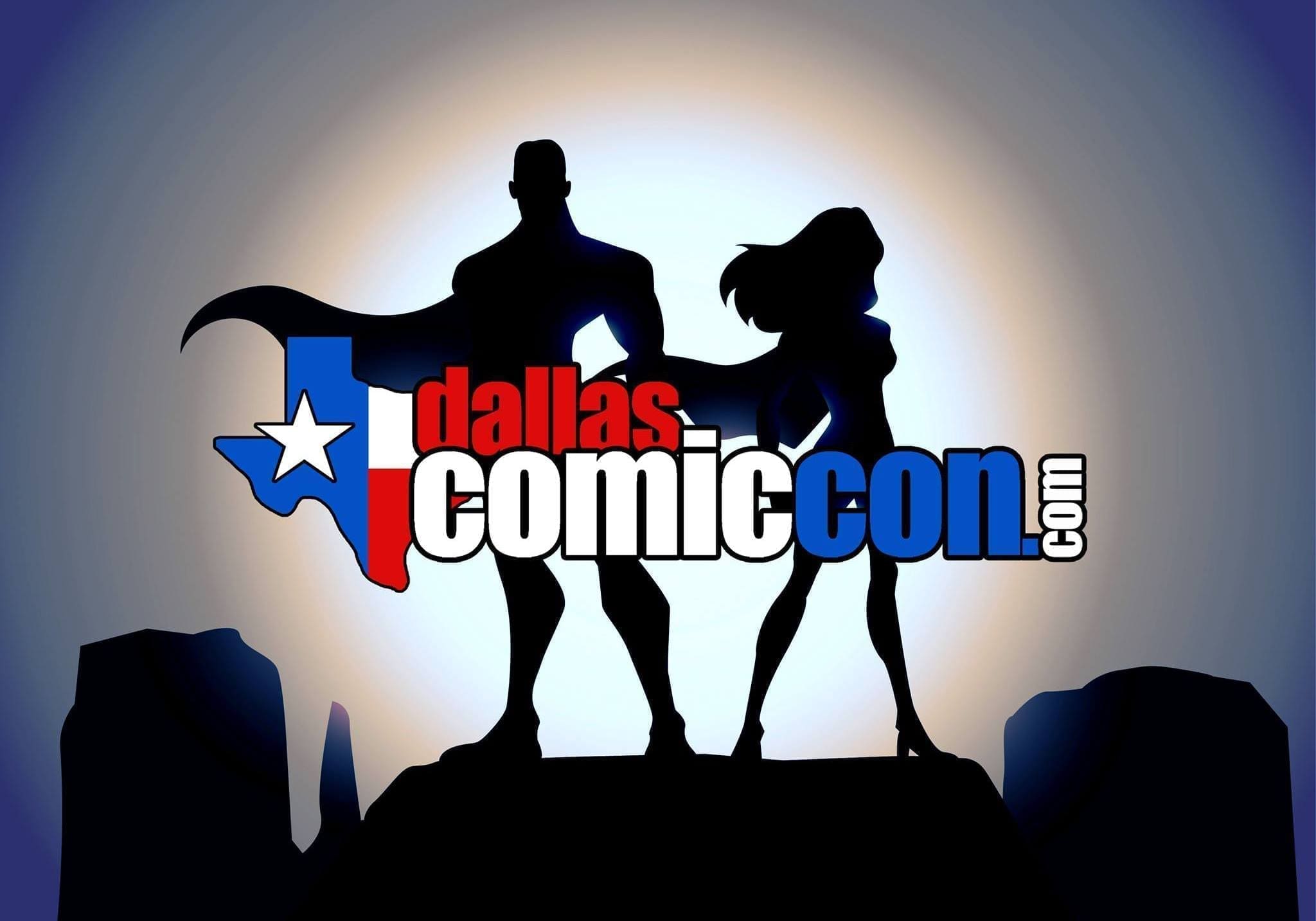 I have been very spoiled by Comic Book conventions, specifically Phoenix Comicon. I have gotten to watch them grow over 4 years, have killer guests, great artist, location and some of the best cosplay around. So when my husband and I got PCS-ed to Abilene, Texas (he is in the Air Force) an opportunity to experience a new Con was presented to me, Dallas Comic Con (DCC).

To my relief, DCC offered me the same geek-tastic joy and excitement that PHXCC does, but with a touch of Texas Charm.

My hubby and I drove the 180 miles from Abilene to Dallas for Saturday’s event. The Dallas Convention Center offered plenty of space for the hordes of guest and their costumes. While parking became more difficult as the day went on, we were able to find parking in a near by lot and walk to the convention with the help if Dallas PD helping to keep traffic flowing smoothly among swarms of geeks. Ticket pickup was located upstairs along with the Exhibitor Hall, while panels were located on the first floor. They also had divided up from ticket area from the Exhibitor Hall and had staff readily available to guide you to where you needed to go. Even though we had press passes, the lines moved swiftly for regular ticket holders as well. But rather than getting badges, attendees were issues wrist bracelets, which worked better because those in costume didn’t have to worry about a bulky badge interfering with their costume.

Since we were limited on time, we decided to stick to the Exhibitor Hall for our visit, but there were a great list of panels we would have normally gone to if we were able to go for the whole weekend. With the Firefly reunion panel, which was happening on Sunday, as the big draw for the weekend, Jane Hats and Browncoats were in full force. From adults to babies, you could see yellow, orange and red everywhere along with pink Kaylee dresses and paracels, Hawaiian shirts and simple brown ‘Serenity shirts.’

DCC had a good balance of small, medium and big exhibitors. There was a big presence from StylinOnline.com who had two booths with floor to ceiling displays with tons of hoodies, shirts and random fandom. They even had a bunch of baby onesies, which of course we had to get some for geek baby Flynn.

The 501st had a decent presence, showing off movie replicas and places for you to take your picture with different scenes and characters. I am a sucker for Ewoks, so we took our picture on Endor. Also, no Con would be complete without visiting the local Browncoats. The Austin Browncoats had fan art and other items for sale, but they didn’t have the ‘Browncoat’ badge ribbons we usually get at Phoenix Comicon and they also weren’t nearly as friendly.

One of the more unique booths we visited was for Sabertron. Sabertron is working to collect funds for their Kickstarter for their dueling foam sword game that lets you keep score. It’s a unique idea that allows you to learn to sword fight while keeping track of when the foam sword hits the body. Learn more about it here. It is a really fun idea and great way for us geeks to get up and move around, while enjoying the competitive nature of gaming. Backing this Kickstarter is a great idea!

One of the things I have been doing since I started attending cons, is collecting Harley Quinn fan art. I enjoy walking up and down the aisles at artist alley looking for her signature black & red and a new artist to love. My husband has joined me on my hunt and for the last 4 years our collection has grown significantly. We found some really great new pieces to add to our collection. With so many great artists it was hard not to buy them all.

No Con would be complete without cosplay. DCC was filled with wonderful cosplay; great t-shirts to store-bought to incredibly detailed costumes, cosplay was in full effect. There was a definite abundance of Firefly and Harley Quinn with Joker costumes. Firefly costumes were focused on character replicas while Harley Quinn with Joker costumes were a lot of personal interpretations of the character. My favorite Firefly costume was for a female Wash and her dinosaurs (see picture below.) Here are a few of my favorite Harley Quinn Cosplays as well.

I think my favorite part about Dallas Comic Con was that is was a family affair with super geeky kids in tow. From little babies hanging out in their carriers, toddlers passed out in their strollers and kids pulling their parents from shiny exciting booth to the next. Similar to the adults, there was a mix of store-bought and homemade costumes, but the best ones were when the whole family dressed-up together. There were so many cute super hero, Doctor Who and Star Wars families enjoying their time together with parents sharing their geeky favorites with their kids.

Overall it was a good con, 3.5 out 5. I enjoyed all the vendors, costumes and organization for picking up badges. I only have a few complaints and they are mostly comfort related:

As we walked back to our car at the end of the day, we saw girls walking barefoot with their heels in their hands, kids passed out draped over their dad’s shoulder and arms filled with fan art. People had the happy con glow and we all smelled a little funky.

Thanks for the Harley Quinn shout out! 🙂 xo http://www.pinterest.com/DarkPhoenix