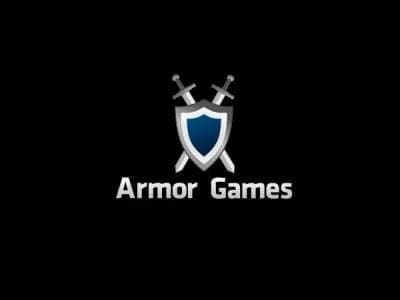 Everyone gives up in the end; this is the philosophy of Armor Games’ Give Up. Give Up is a 2D-platformer in a similar vein to Super Meat Boy, in that you’re expected to make your way through increasingly difficult levels while watching your your body explode into bloody chunks. The premise of the game is akin to Portal, but mostly in the fact that their is a maniacal robotic voice taunting you with each success or failure. At least I assume it’s a robotic voice seeing as their are no spoken words, just text that you’ll probably overlook on your first rage-filled playthrough. (I know I did.)

Rage-filled playthrough should not be taken as a negative by the way. In fact, Give Up might even qualify as outstanding. From the simplistic 2D design, to the bass-pumping music, it draws you in; bringing on more death and destruction by the moment. I would be hard-pressed to explain just how amazing the game is, so allow me to direct you to a video from Mr. Michael “Rage Quit” Jones of Rooster Teeth & Achievement Hunter fame who led me to the game:

Warning: For those unaware, this video does contain what some might consider strong language. Viewer discretion is advised.

After watching that video last night I found myself curious about what playing Give Up would be like, not realizing what I was getting myself into. The game loads up and suddenly I’m met with desk-shaking, pulse-pounding music and I am hooked. After three separate experiences playing through Give Up, averaging out to about 19 minutes each, I have come to the conclusion that the majority of the reason I played as long as I did was due to the music. It sinks its teeth into you in a way that few flash games have for me, and for that I both love and hate it. Now if only the degree of bass it thrusts into your body would help to sonic-clean the walls of my blood.

On three separate attempts now I have made it to Level 33; each time ending with an additional hundred or so deaths and minutes spent ticking away until the fateful moment when I click the large blue button and suffer humiliation. I doubt I will be entering the world of Give Up again anytime soon. Not due to the aforementioned shame and humiliation, but simply because I think my “Up” and “W” keys are both broken now.

This is not a review in the traditional sense, but if I was to score Give Up it would be deserving of the below score:

If you decide to check out Give Up, let me know in the comments! I would curious to see what level you all make it to, and how many little blue men had to sacrifice their lives to get you there.