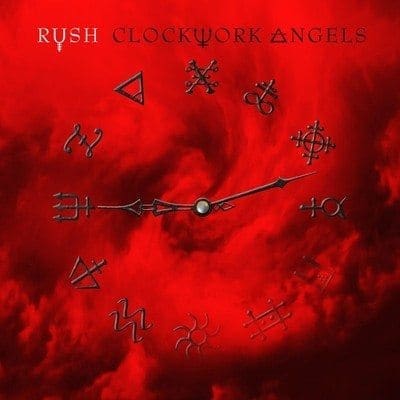 Before I go into the review, I wanted to apologize for the lack of updates.  I am going to blame it on Diablo III, and say nothing more on the matter, otherwise I’ll just go off on tangents about The Butcher and how much I adore my Barbarian.

Naturally, when I heard RUSH was releasing a new album, I became excited, because when an artist releases new tunes, that usually means a tour will follow.  I’ve already seen them once, and they were incredible, however I’d be lying if I said I am not dying to see them again on this year’s tour.  With that said, I went and obtained the album, and listened to it a few times over.  It took me a while to form a real opinion on it, because with RUSH, there is always so much to listen to.  You think you’ve heard it all, but then you go back and listen to it again, and find a handful more things buried beneath Geddy’s vocals.

Being as old as they are, they still kick some serious ass.  They haven’t let go of their progressive roots, which makes me incredibly happy, because progressive rock is too important to die off, in my opinion.  I mean if you compare something like Lady Gaga or Justin Bieber against a band like RUSH or Pink Floyd, a true music lover’s head will probably implode.  Prog is technical and extremely creative.  Not to mention, it’s played a pivotal part in rock and roll history.  Bands like Pink Floyd, Led Zeppelin, and Yes paved the way for such remarkable sounds in the classic and progressive rock community, but honestly… where would we be without RUSH?  Better yet, where would a good portion of our Dungeons and Dragons players be without RUSH (haha)?

The first track off of Clockwork Angels, entitled “Caravan” had me immediately bobbing my head along.  Now, I have no doubt that a lot of work probably had to be done to make Geddy’s voice come out as well as it did, because when I saw them live, it was sad to hear how he couldn’t really hit those high notes in Tom Sawyer or 2112 anymore.  That’s not to say, however, that his voice isn’t still phenomenal and totally noticeable when you hear it for even a split second.

Listening to “The Anarchist” reminded me a bit of “2112”, in the way that the intro has everyone playing together to their absolute full potential, blending extremely well, but then there’s a slight pause as you hear Alex Lifeson strum his guitar alone, just a little bit, before the other two chime back in.  One thing I’ve always loved about this band is how prominent the bass can be.  I often feel that you can’t hear the bass lines enough in a lot of songs, and that causes people to sort of forget about it. Everything sounds better with bass, and I am going to go out on a limb here and say that Geddy Lee is one of the greatest bass players of all time.  I know, I know… that’s a bold statement to make, what with Les Claypool, Chris Squire, and Bootsy Collins being around too.

While I’m on the topic of bass, the song “Seven Cities of Gold” has a really groovy bass line at the beginning, and I can just picture Geddy on stage as he plays it, doing that silly nodding back and forth he does, almost like a rooster (haha).  I always like a groovy intro to a song.  It tends to hook the listener right away, because who doesn’t love little elements of funk here and there?

Alex’s guitar can be beautifully acoustic at times, for instance, in the beginning of “Halo Effect”.  Whatever way Lifeson chooses to play, it always comes out striking and sometimes even comforting.  This is the kind of song I could listen to as I try to fall asleep.  I might be a little weird for saying that, I realize, but with the bits of orchestra sound, Geddy’s more so soothing voice, and Lifeson’s almost acoustic ways of playing, it’s a good song to hear if you want to either focus or just relax.  In the words of Rob Gordon in the indie film High Fidelity, “I just want something I can ignore!”

I’ll admit, the first few seconds of “The Wreckers”, I wasn’t sure how to feel about.  However I quickly changed my mind.  This song sounds like it would be the song you’d hear on the radio (and who knows, maybe it already has been played?).  So I’ll be a total snob here and say that radio rock usually doesn’t sit well with me.  When I did listen to it all the way through though, I realized that even if I had heard it on the radio, it wouldn’t have been something I changed, especially because of the lyrics.

I’ve also always been one to listen, sing along, and even relate to an artist’s lyrics.  I feel they play an extremely important role in music, and I am mentioning that because I’ve gotten into arguments with people before who say the lyrics aren’t important at all.  My take on it is if you can’t relate to any music, then why are you listening to it?  Music is art.  Music is something to expose to people who feel the same way, but might not be able to put what they’re feeling into words and sounds as well as others. Music is meant to help people to have a better day or to maybe even change their view on certain things (an ex, family, work, the entire world, etc.). So when I heard Geddy singing “All I know is that sometimes you have to be wary of a miracle too good to be true.  All I know is that sometimes the truth is contrary of everything in life you thought you knew.  All I know is that sometimes you have to be wary, ’cause sometimes the target is you”, I thought WOW.  Given the time we live in, what with all the of the political and war-like BS happening all over the world, and just how generally difficult it is to live a stable life in this economy, even big name musicians understand.  And sometimes there’s nothing more satisfying than knowing one of your favorite musicians can comprehend it too. Moving onto Neil Peart’s fantastical drumming… I honestly don’t hear him going as crazy and technical as he would have in the 1970’s.  That could be the reason I don’t like this album as much as I should.  It doesn’t seem to be over the top or difficult to follow, rhythmically, and I always like a challenge when listening to prog. Either way, Peart is still a drum master, and I’m sure he’ll be putting that out there during the 2012 tour.

Now of course, Clockwork Angels doesn’t even come close to say “2112”, “Permanent Waves”, or “Moving Pictures”, but what I can say though is they haven’t lost their creativity or their passion for making music the way they want to make it.  There are so many bands and “artists” out there who claim they want to make music the way they want it, but we can all clearly tell they are being told what to do on the side lines by their management.  But with RUSH, you don’t tell them what to do.  You let them create what they want to create and you let them run with it.  Chances are you’re going to experience something vastly different and better than what you would if you turned on MTV.

RUSH is conducting a tour for their new album, appropriately titled “Clockwork Angels Tour”.  They’ll be at the US Airways Center on Sunday November 25th (Thanksgiving Day weekend!).  You can check it out on their official website, where there is also a link to buy tickets: http://www.rush.com/clockworkangelstour.php

The Drums Behind Hans Zimmer’s ‘Man of Steel’ Score