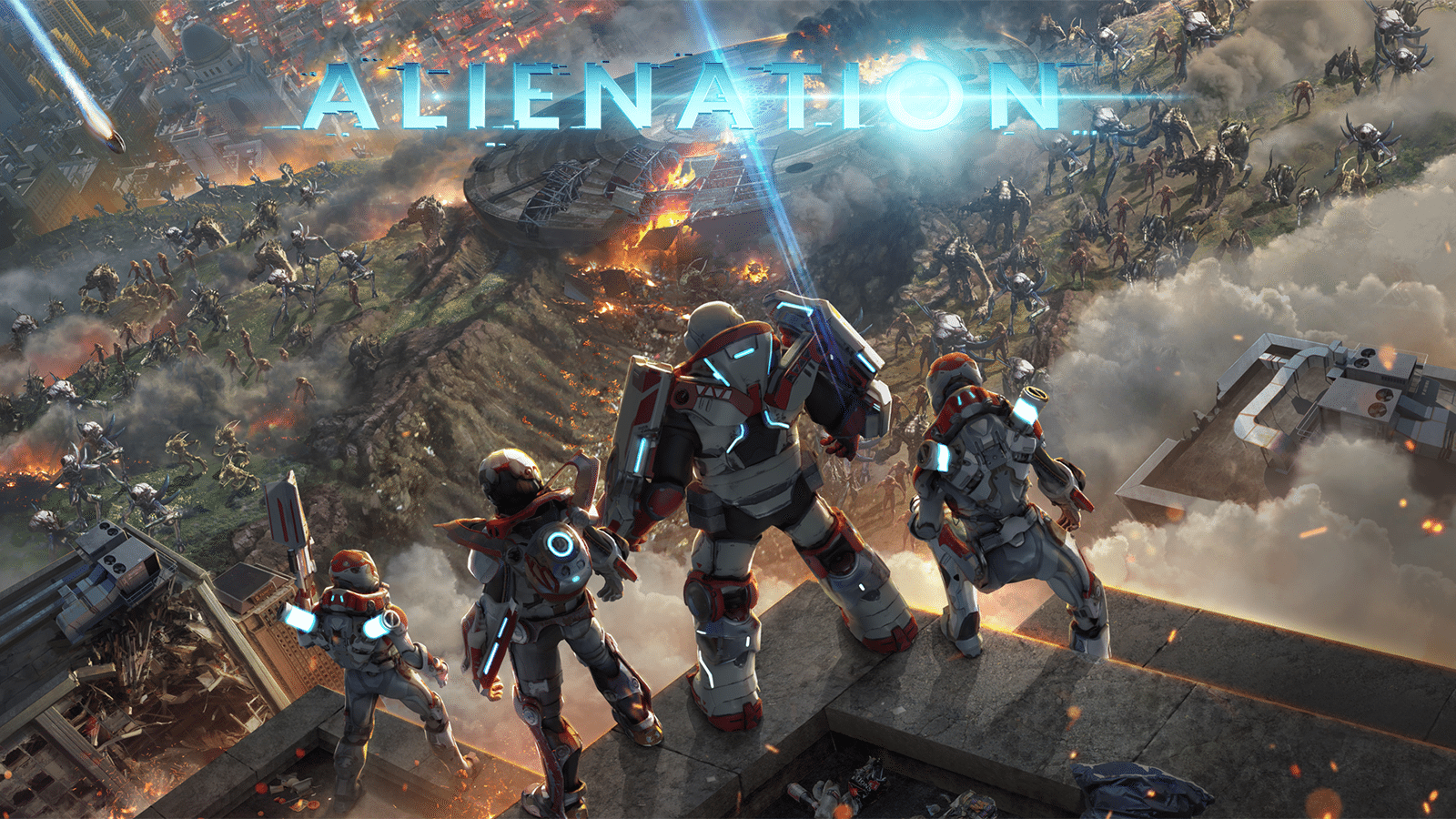 It remains a mystery to me how so many gamers can still not recognize the incredible talent at Housemarque. The team that brought us Resogun, easily the PS4’s strongest title at launch, are back with a spiritual successor to Dead Nation: Alienation. Alienation combines the perfected twin-stick shooting formula Housemarque is known for with a simple yet addicting loot system reminiscent of other Action-RPGs.

Aliens known as Xenomorphs have invaded Earth and humanity is on its last leg. It falls to you, a UNX soldier, to complete various missions across the globe in an effort to discover the Xenos’ plan and put an end to it. Players will have three class options to choose from (as well as over a dozen campaign slots to try out different classes). Each class will have a unique primary weapon and three unique active abilities. All classes have the same options for secondary and heavy weapons, equipment, and three passive abilities. Abilities are able to be readjusted and rerolled as often as players wish. The Tank, as the name suggests, is all about taking lots of damage and dealing it back in large AoE attacks. Their ground pound ability can finish off a group of enemies quickly and their shield can save a squad when they find themselves in a sticky situation. Saboteurs are a speedy class with the ability to turn invisible and sneak past mobs with ease. However if subtlety isn’t your style, Saboteurs can call in an air strike for some long distance destruction, or whip out their plasma sword for some up close and personal carnage. This is the class I main, dashing around to my hearts content dealing some serious damage as I, literally, run circles around my opponents. Bio-Specialists round out the lot with some very handy healing abilities for the squad, but rest assured they can dish out some pretty serious damage when they need to. The nanobots that heal the squad can be repurposed to hunt and destroy enemies and the Bio-Specialists scientific prowess allows them to release a toxic cloud behind them that is toxic to Xenos. Each class added nice variety to missions both played solo and with others, however no one class is essential for success. While having a healer certainly helps, I’ve ran missions with a squad full of Tanks and while some scenarios called for some creative thinking, I never felt too overwhelmed.

One of Alienation’s strengths is its ability to be enjoyable solo or with friends. Some sessions I just wanted to hunker down and smash through some Xenos, other times I wanted to team up with random squads and tackle missions on higher difficulties. While it would have been nice to have local co-op at launch (confirmed to be coming later) I had no issue dropping into others’ games or simply leaving my game open for others to drop in! Enemies scaled slightly whenever a fellow soldier joined me so it didn’t become a cakewalk, however they didn’t suddenly become demi-gods like enemies in other drop-in, drop-out games sometimes do. While I did not always care about the mission objectives, the worlds they created (paired with the never-ending quest for loot) had me spending over twenty minutes on missions that should have taken three because I explored every nook and cranny spilling some Xeno blood and getting new gear for my trouble. Gear has rarity ranging from Common to Legendary. While I do wish higher rarity weapons looked different than the lower ones in combat(so I can show off to strangers) damage output and a wide array of upgrades and stats made each weapon feel unique and full of potential. Maps are littered with respawn-beacons players can activate if they don’t want to spawn halfway across the map, but trigger happy soldiers may accidentally blow up these beacons if they’re not careful. Harder challenge bosses hideaway

Housemarque’s skill as developer is unparalleled in this genre and Alienation is no exception. Traversal is about as simple as can be: walk with this stick, aim with this one, pull the trigger. Easy enough to understand, right? This straightforward combat system is augmented by soldiers’ custom loadouts consisting of: a primary, secondary, AND heavy weapon, equipment (such as mines, grenades, or boomerangs) and whichever skills they brought to the table. Hectic dashes, haphazardly flung grenades, and sporadic melee swings were commonplace in my play sessions. Combat was chaotic, bloody, and oh-so-much FUN. Narrowly skirting pesky bugs or mutants to riddle their backs with a hail of laser blasts never failed to satisfy.

Alienation is absolutely gorgeous, combat is tight and immensely satisfying, and a diverse bestiary of enemy Xenos will definitely keep players on their toes. Fans of Dead Nation, twin-stick shooters, and light RPGs cannot afford to pass up this gem. Alienation is a must-buy title for PS4 owners, pick it up today on the PSN Store!