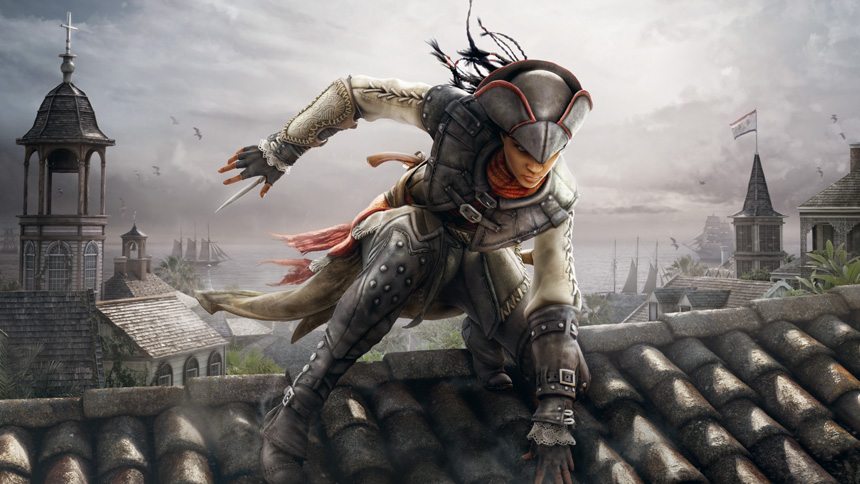 Remember that Assassin’s Creed game that was originally exclusively for PS Vita? Well if you’ve been dying to play Ubisoft’s first playable female assassin and you never owned a Vita, then your dreams are about to come true. It has been announced that Ubisoft will be bringing Assassin’s Creed Liberation to Xbox 360, PS3, and PC in an HD remake.

As a PS Vita title, it was a side-story spin-off of Assassin’s Creed III. However, it looks like Ubisoft has decided to make it a stand-alone title based solely on Aveline’s story and is set around New Orleans in 1765. Here’s a quick overview of what we will be experiencing in the game right from Ubisoft’s Blog:

“With the America Revolution around the corner and society in upheaval, Aveline finds herself in the midst of an epic struggle against the Templars, who are plotting to seize control of Louisiana. Using her machete, blowpipe, whip and dueling pistols, Aveline is able to take on all foes – but she won’t just rely on brute (or stealthy) strength. Aveline can also infiltrate high society and charm her foes when dressed as a lady, or blend in with crowds and incite riots when in the guise of a slave. Each costume has unique strengths (along with specific limitations), and players can choose which outfits to wear to carve their own unique path through New Orleans.”

I don’t know about you, but this sounds amazing and as someone who never had a chance to play ACIII: Liberation, I’m pretty damn excited to see what they do with this stand-alone version.

Based on other research, it does sound like the only things that will be similar to the Vita version of the game is the main character, story, and the setting. What that means is that anyone who played the Vita version won’t have to worry about playing the exact same game in HD on a different console. I like the sound of that!

Assassin’s Creed Liberation HD is due at an unspecified date in 2014.

Check out the trailer below and let us know what you think: