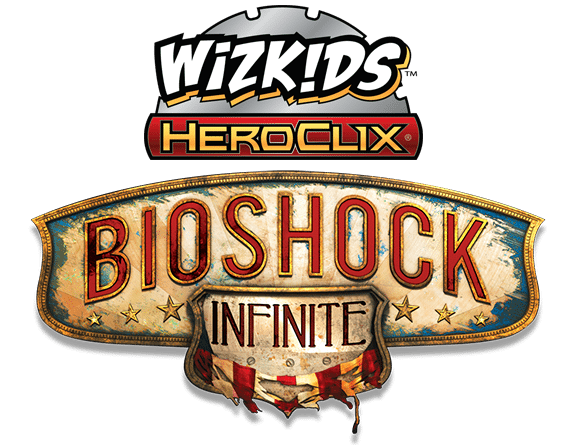 You know what would be really super awesome? If they combined the two into some sort of collectible figure set. Oh wait, they already did and it is super awesome!

Check out the full press release and pictures below:

Hillside NJ – May 22, 2013—WizKids Games, the leader in collectible miniatures gaming, has announced a new collection to the HeroClix line-up; BioShock Infinite HeroClix miniatures, featuring themed collectible figures based on the highest rated game of the year to date. The latest collection to join the HeroClix family, the BioShock Infinite: HeroClix Starter Pack and Gravity Feed will launch this summer and is available now for pre-order.

Also available is a 24-figure Gravity Feed, which contains 14 different figures to expand on the collection and adventure featuring popular characters such as Zachary Hale Comstock, Booker and Elizabeth, Motorized Patriot and more.

As with all HeroClix collections, figures included in the BioShock Infinite series sit atop a custom Combat Dial™, tailored for the special figures.

BioShock Infinite and HeroClix players, fans and collectors can pre-order both BioShock Infinite: HeroClix collections at participating online retailers before they hit shelves this summer.

About BioShock Infinite
BioShock Infinite puts players in the shoes of U.S. Cavalry veteran turned hired gun Booker DeWitt. Indebted to the wrong people and with his life on the line, DeWitt has only one opportunity to wipe his slate clean. He must rescue Elizabeth, a mysterious girl imprisoned since childhood and locked up in the flying city of Columbia. Forced to trust one another, Booker and Elizabeth form a powerful bond during their daring escape. Together, they learn to harness an expanding arsenal of weapons and abilities as they fight on zeppelins in the clouds, along high-speed Sky-Lines, and down in the streets of Columbia, all while surviving the threats of the air-city and uncovering its dark secret.

A review of “Don’t take it personally, babe, it just ain’t...