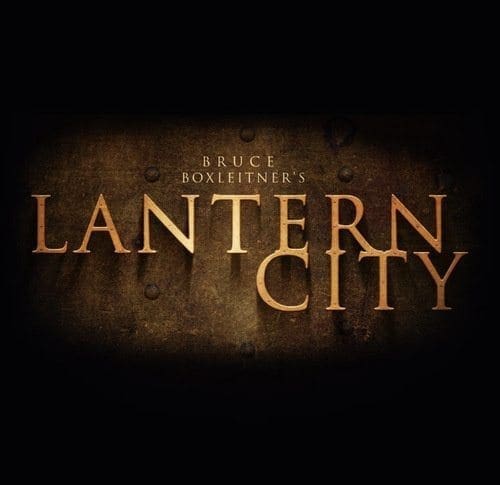 Bruce Boxleitner’s Lantern City is an epic and complex story of people, rigid social classes and crossing worlds. But at its heart is a single poignant question. How far would you go for the one you love?

Max, a man based in finance and business, finds his world turned upside down when the woman he loves disappears. Hounded by a detective determined that he is guilty for Rachel’s disappearance Max soon finds himself transported between worlds to the mysterious Lantern City.

“Somewhere there has to be a love story.” says executive producer Bruce Boxleitner, “Because I think it’s the strongest thing that drives humans. It’s a very noble thing and a very romantic thing.”

In a world parallel to Earth exists Lantern City. A city isolated by a wall that was built over a hundred years ago to keep out conquering warlords. It is ruled by the Grey family and is divided into a strict set of social classes. Underground, Working Class and Ruling Class. Killian Grey is the 4th generation ruler of Lantern City whose ambition is far beyond maintaining the status of the wealthy, something that concerns his mother Martha Ellen greatly. The Underground and the Working Class are waiting for something to come that will change the world they live in for the better. It is in to this teetering scale of balance that the 3 outsiders of Rachel, Max and Miles are thrown and from where they must find a way home again.

While the show is still casting and in pre production the list of names attached already is nothing short of stellar – Mira Furlan, Rafael Sbarge, John Rhys Davies just to name a few.

But Lantern City isn’t your ordinary show, it’s a foray into fan-inspired and fan created television.

“It’s about the audience.” Executive producer Trevor Crafts explains. “I think for me it was always hand in hand. I never had the idea of Lantern City without the fans being involved.”

“We can’t go to a general costume house and get the kind of detail that these people create. It’s all in the details.” Boxleitner interjects.

While a great deal of the look of Lantern City and its people are being constructed by people such as Thomas Willeford, Justin Yun, Cecil Kim and Tom Banwell amongst others, the fans are being encouraged to submit their artwork and their creations to be a part of the world building. It seems you never know if that ring you designed may end up on the finger of Martha Ellen.

“When someone asks the question ‘What is steampunk?’ I want the answer to be – ‘Watch Lantern City’.”

GNN would like to thank the cast and crew of Lantern City for the time they gave during the HRM Steam Symposium for this interview.

I really hope to see this picked up soon.