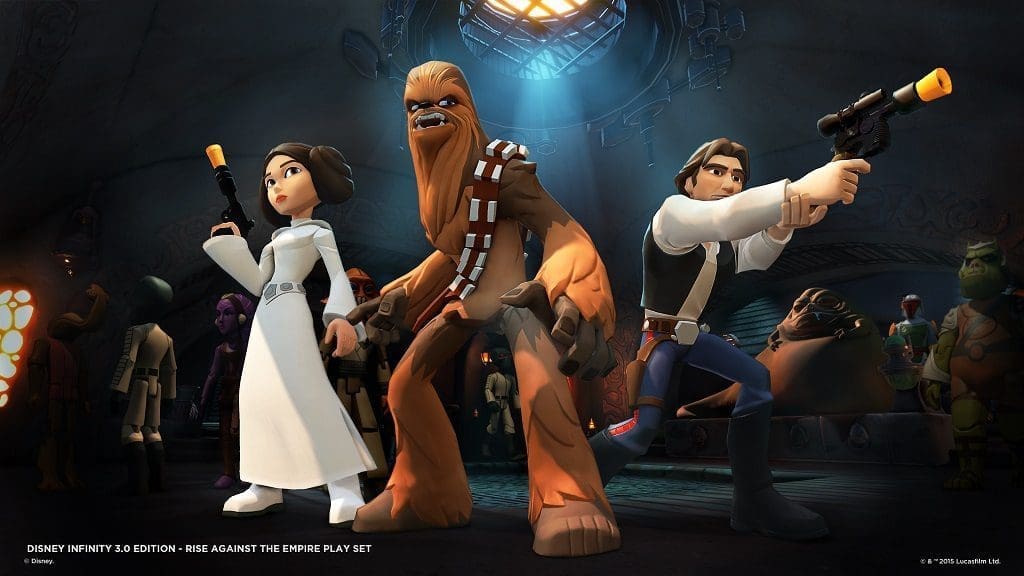 It seems Disney Infinity 3.0 Edition is intent on raising the bar with each new Play Set. When I popped the Death Star Play Set piece onto my Infinity portal I fully expected the Twilight of the Republic Play Set with an original trilogy skin on it. And while that is partially true, it is so much more than that.

Rise of the Empire has clear parallels and similarities to the Twilight of the Republic (which is a good thing). Obviously the two (current) Star Wars Play Sets should have a similar play style to one another, switching genres like they did with Inside Out would not have made sense. The combat is the same, skills are the same, and the gameplay as a whole is the same. These similarities made it incredibly easy to drop right in and start playing without having to learn some new control scheme or game type.

As I said, Disney easily could have stopped there and we all would have been fairly happy. However, they took it a step further and expanded the gameplay options on each planet. Whereas in Twilight of the Republic I hopped from planet to planet, mission to mission, without looking back there is now a newfound importance placed on side missions and truly exploring the planets. This emphasis not only adds to the story with minor mission plots, it also lengthens the gameplay (which I appreciated). There are shops on each planet you can frequent to build hangars for ships, barracks for your soldiers, you can add enemies to brush up your combat skills and level up, even Wampas on Hoth! Not only do these options add hours to each planet’s replay value, you also have to do some missions to get the coins necessary to buy them! There is a clear emphasis on not smashing through the story, but rather taking it easy, exploring the different areas, and getting invested in the story. The one complaint I had with the last Star Wars Play Set was that it felt a bit light, but they certainly fixed it this time around.

There is not much more I feel I need to touch on without repeating what I said in my first Disney Infinity 3.0 Edition review. There is no question that Episodes IV, V, and VI are the premiere Star Wars movies, likewise Rise of the Empire is the premiere Star Wars Play Set. Rise of the Empire improved upon the already solid Star Wars content in Infinity 3.0 and gave even more replay value than the already expansive Disney Infinity offerings. With the Force Awakens Play Set still a couple of months away, it makes sense they chose their longest Play Set to be released last. For those who enjoyed the Twilight of the Republic gameplay, you should not pass up the great content found in Rise of the Empire. For more Disney Infinity news and reviews, come on back to GNN!

To check out the Starter Pack/Twilight of the Republic review, click here.

For Infinity fun with different gameplay, check out the Inside Out Play Set review here.

Aiming in WildStar Takes More Skill Than the Average MMO