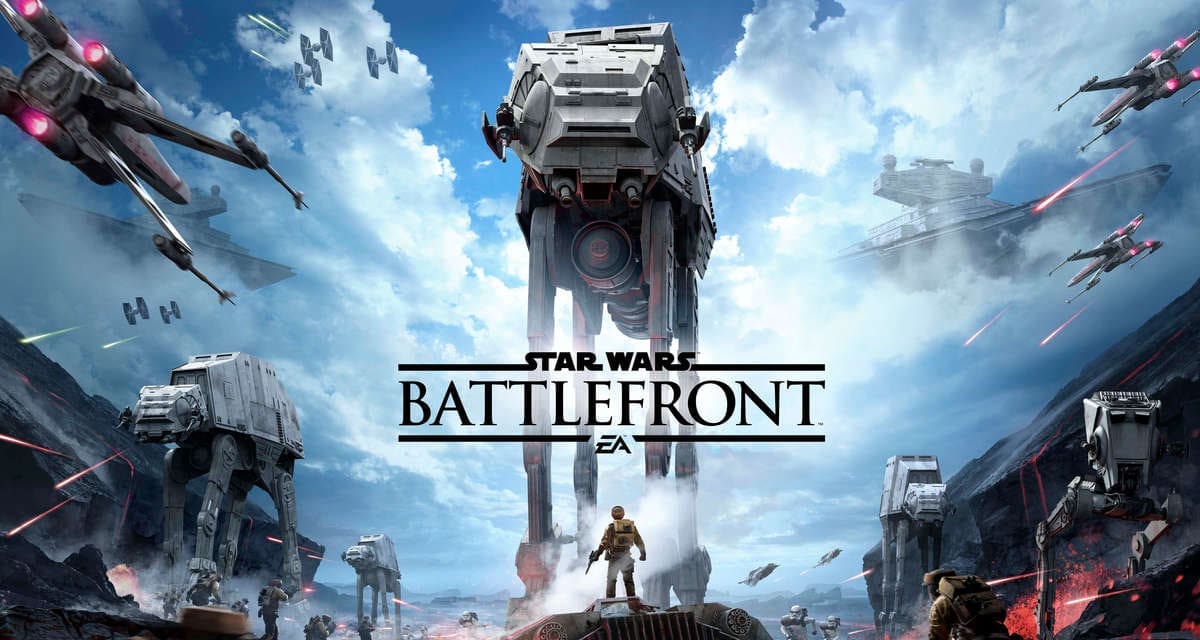 In the last few months of 2015 there were two franchises that sought to make a comeback after over a decade of (relative) silence. I am referring to Tony Hawk’s Pro Skater 5 and Star Wars Battlefront. While the former certainly dropped the ball (check out our review), the latter seeks to exceed expectations. This past weekend many of us had the pleasure of diving into the open beta for Star Wars Battlefront, and I was completely blown away.

Those who were not part of the gaming scene a decade ago missed out on easily one of the best franchises for the 6th generation of consoles (Xbox and Playstation 2): Star Wars Battlefront. A third-person shooter with worlds and characters spanning from Episode I-VI and varied gameplay both on the ground and in the air (or in space in some cases). Battlefront is one of the few games from that generation that is consistently played today, I myself had a celebratory play session on May 4th this year. This new Battlefront takes almost everything we loved about the original games (sorry Instant Action) and combines it with the incredible Frostbite 3 engine, courtesy of DICE. Although Instant Action is not returning, its gameplay is. This newfound blend of tried and true multiplayer shooter prowess and the Star Wars universe that we hold so dear is truly incredible.

As my beta download finally concluded I jumped right in, positively giddy with excitement to see what EA has been working on. The beta was a very vertical slice, clearly showcasing the sections that were polished and completed, but I was perfectly okay with the sparse content. It is easy to get burnt out on betas (looking at you, Destiny) and I felt EA’s offerings were just right. There were three modes to play each with a unique map. Initially I hopped into the Survival mode for some wave based fun. As a stranded Rebel soldier I jumped around a cavern on Tatooine while I awaited rescue (shown in the trailer below). Waves of Imperial soldiers fell victim to my blaster fire as I marveled and the immaculate world crafted around me. Battlefront solidified its spot on my growing list of definitive “next-gen” experiences. After I acclimated myself with the first-person gameplay (which I found more precise than the third-person option) I hopped into the Drop Zone mode on Sullust.

Drop Zone’s gameplay centers around securing escape pods to gain perks and power ups if enemy forces are successfully fended off. Sullust itself is composed of volcanic crags protruding from a snow-covered tundra. Drop Zone provided more customization options for weapons and equipment using the new “hand” system. Weapons, grenades, and power ups are acquired through cards bought with credits gained in direct relation to experience. These cards are then put into hands of cards as you see fit, with one weapon and two power ups. For such a simple mechanic there was enough options to feel like they made a difference, but it was not overly complicated which would have strayed from the previously straightforward Battlefront gameplay we’ve had in the past. My time on Sullust was chaotic, fast paced, and wildly fun. Tons of close quarters fighting perfectly balanced with multiple vantage points on volcanic outcroppings made matches feel even and fair. The third and final game mode however, felt like a true battle.

Walker Assault, simply put, is the Battle of Hoth with two twenty man squads, racing against the clock. Who will emerge victorious, the Imperial walkers aiming to destroy the shield generators or the Rebels valiantly trying to bring the walkers to their knees?  I played both sides of this iconic battle and while I was able to bring down the massive AT-ATs, it was noticeably easier to blow up the shield generators. While some players found this infuriating, I relished the challenge and as EA has subsequently pointed out: it’s canon! The power imbalance spoke to the amount of detail and investment EA is pouring into Battlefront. Walker assault also gave us a taste of two of Battlefront’s most exciting features: vehicles and playable heroes/villains. While these rare power ups were hard to come by, flying a Tie Interceptor or leading the rebel charge as Luke Skywalker was incredibly satisfying. While only Luke and Vader were playable, I eagerly await exploring he full roster.

This sneak peek of Battlefront bodes well for the finished product and I cannot wait to jump back in next month. The beta’s conclusion coincided with the season pass announcement. No information other than the fifty dollar price point has been revealed but I’ll take every bit of Battlefront content I can get my hands on. Fans of the older Battlefront games will certainly notice gameplay differences but the “Battlefront feel” is abundantly clear. Fans of shooters and Star Wars alike have the perfect place to jump into this classic franchise. Look for Star Wars Battlefront on November 17th, and for more gaming news like this stick with GNN!

PlayStation Plus Free Games Revealed | May 2016

A Hero Emerges From the Shadows: Killzone: Shadow Fall (Review)