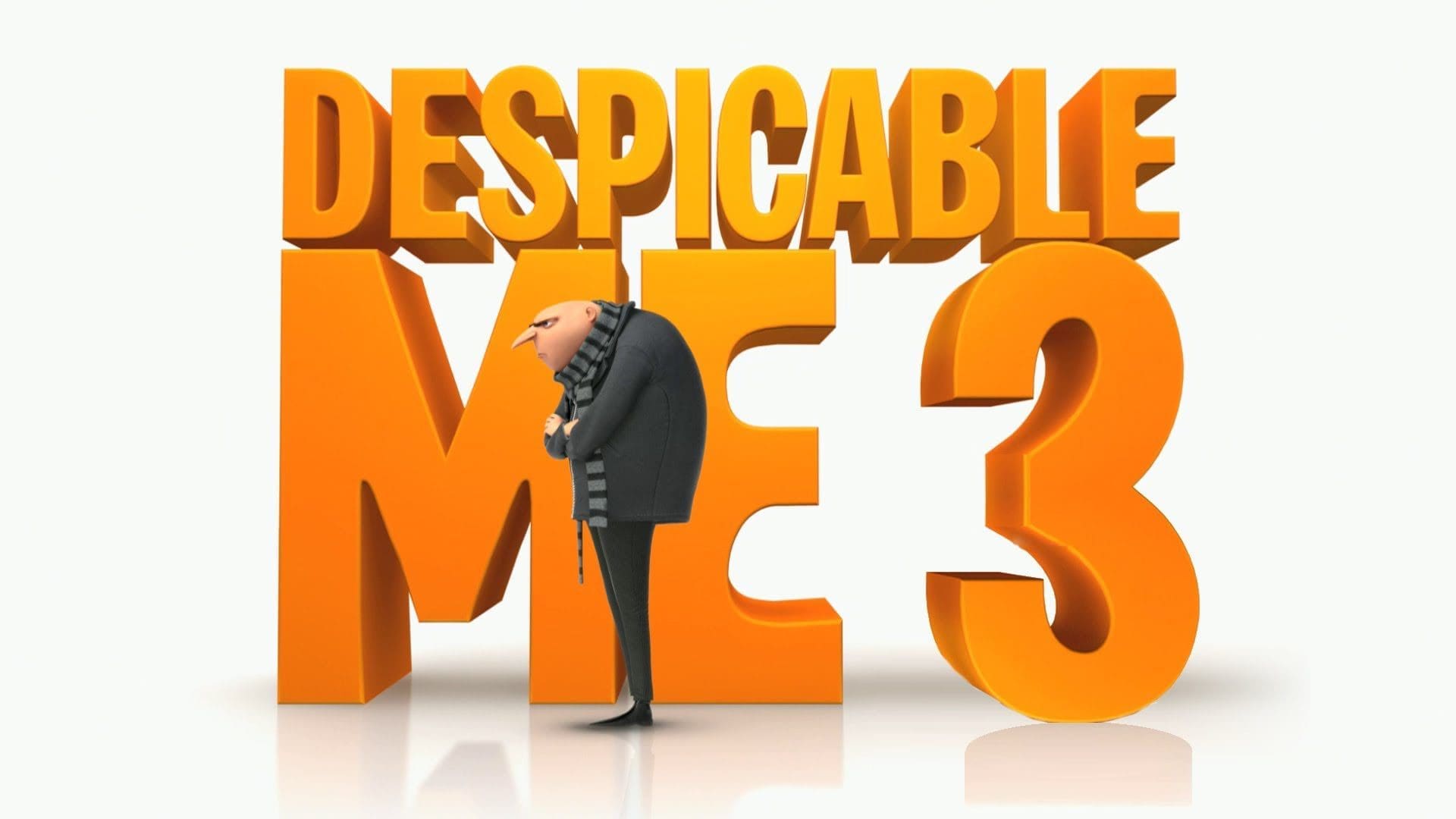 Around seven years ago I was in central California visiting my extended family. We all decided to go and see a new animated comedy which was called Despicable Me. It was about a super-villain named Gru and his many yellow minions that tried to outshine and outdo other super villains within that world. But one day he comes across three orphan girls who completely change his life and turned him into more of a good guy. In 2013 Despicable Me 2 was released and it was about Gru fighting against other super villains and falling in love with a woman named Lucy. Two years ago Minions came out in theaters, which was a prequel to the first film, but only involving Gru’s little helpers. Now flash forward to 2017 and Despicable Me 3 has just come out and involves Gru embarking on a brand new adventure.

Gru (Steve Carell) and Lucy (Kristin Wiig) have joined the Anti-Villian League (AVL) and they haphazardly stop a new super villain named Balthazar Bratt (Trey Parker) from stealing the most expensive diamond in the world. However, in the process, Bratt manages to escape and flee to his secret lair. Soon after, Gru discovers that he has a long-lost identical twin brother named Dru (Steve Carell) who invites him, Lucy, and their three girls to his estate in the foreign country of Freedonia. Reluctantly, the family travels to meet Dru while Bratt finds a way to actually steal the diamond. The brothers reconnect, find out that the diamond has been stolen, and then team up in an attempt to thwart Bratt’s evil scheme.

I’ve seen all the films in this franchise and while I thoroughly enjoyed the first two, I felt that Minions was insanely unfunny and completely unnecessary. So going into this film I was a bit hesitant and cautiously optimistic. Luckily, I was pleasantly surprised after the credits rolled. Despicable Me 3 has the best story, the most laughs per minute, and has the most enjoyable antagonist of all four films.

While the whole long lost sibling is definitely an overplayed trope and usually very cringe worthy, in this film it just works. Dru certainly has characteristics of Gru but is completely his own fleshed out character with his own goals and unique qualities. That aspect of the story reminded me a lot of one of my favorite episodes of The Simpsons where Homer meets his long lost brother Herb Powell. In both instances, the new brothers help to shed light on other, undiscovered aspects of their personalities in all the best ways.

On the comedy angle for the film, if I wasn’t laughing, then I was at least constantly smiling from ear-to-ear all the way through. I especially loved how far some of the adult humor goes, in comparison to where Disney films usually draw the line. The most notable adult humor comes from Bratt. His character is stuck in the 80’s era equipped with a mullet, shoulder pads, and 80’s references galore. While he could come across as a bit over-the-top, luckily Trey Parker’s excellent performance plays right in the realm of slightly annoying but absolutely hilarious.

Looking back on Despicable Me 3 as a whole, there really isn’t anything that I found egregiously unfunny or bothersome. It’s just a perfectly paced, extremely entertaining entry into the franchise that I think both kids and adults will unquestionably enjoy.

Synopsis: Gru meets his long-lost charming, cheerful, and more successful twin brother Dru who wants to team up with him for one last criminal heist.