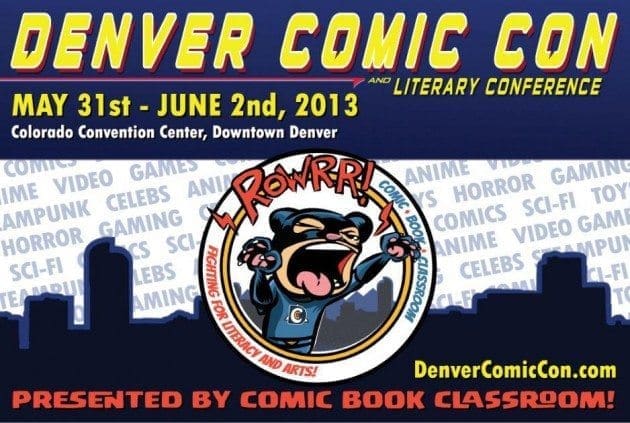 This year, Denver Comic Con has announced big name celebrity after big name celebrity. DCC has been able to bring George Takei, Wil Wheaton, and of course tons of other high-profile guests along with the guest of honor, Stan Lee. And now one of the featured themes of the Denver Comic Con this year will be Doctor Who. In celebration of the 50th anniversary of Doctor Who there is a full slate of Doctor Who guests including one of the Doctors himself.

J.K. Woodward, who also has a long list of comic book illustration credits is also with IDW Publishing and was the comic book artist for Star Trek: The Next Generation/Doctor Who: Assimilation 2.

And Ben Templesmith who is an Australian comic book artist who is highly regarded for his work in the horror genre, also illustrated a Doctor Who comic book, Doctor Who: The Whispering Gallery.

The Denver Comic Con lineup of Celebrities is stacked this year and is a must attend event for anybody who is a fan of comics or geeky popular culture and now is a must for anyone who is a Doctor Who fan. Denver Comic Con takes place from May 31st – June 1st at the Colorado Convention Center. Tickets are still on sale, attending Friday is 20 dollars, attending Saturday and Sunday Individually are 25 dollars. Attending all three days is 50 dollars. And the highly coveted Stan Lee Silver Package goes on sale April 24th at noon and is 175 dollars.