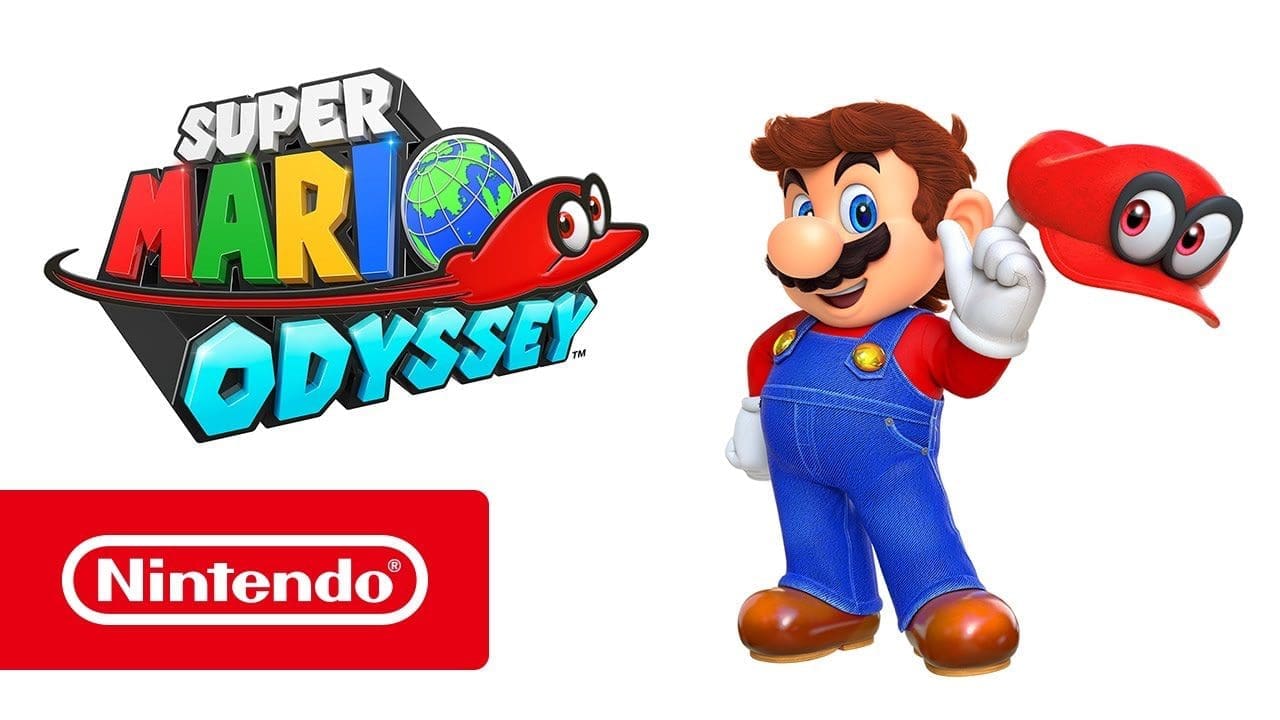 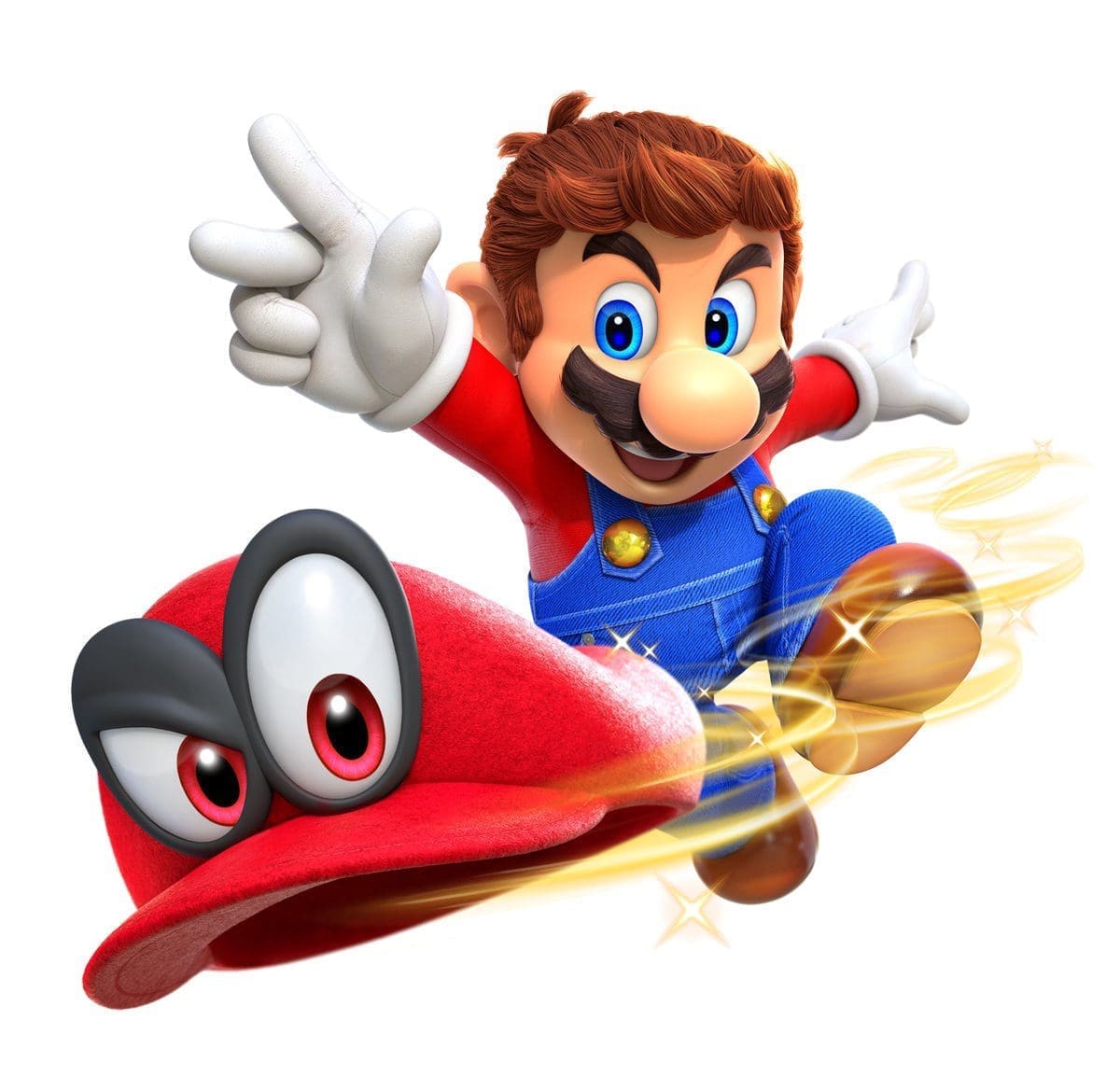 In case you haven’t noticed, Mario is back on a new adventure. Super Mario Odyssey sees the Italian plumber traversing different lands with unique settings, inhabitants, and themes while collecting coins, stomping goombas, and… possessing dinosaurs? Nintendo has clearly lost its collective mind, but honestly, after getting some hands-on time with the game on the E3 show floor, I’m happy for them and support their insanity. As far as I’m concerned, Super Mario Odyssey is to the Mario series what Breath of the Wild was to Zelda: a familiar concept taken to an extremely new level of polish and interactivity. Don’t look now, but what could potentially be the best 3D Mario game is right around the corner with its eyes set on your free time. I sincerely hope you can find a Switch if you haven’t already. 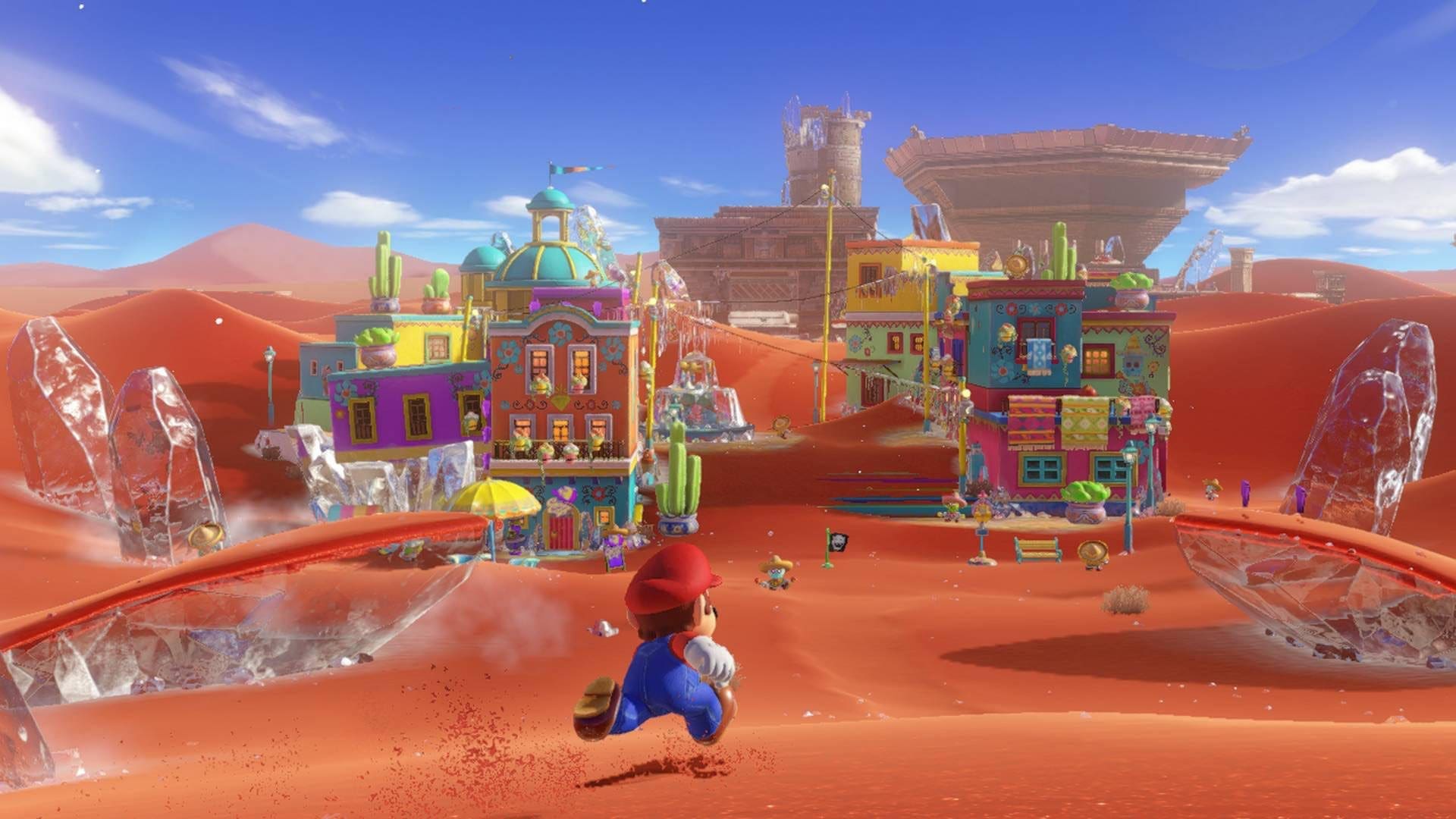 First things first, Super Mario Odyssey is my personal game of the show, and there was some pretty stiff competition this year with titles like Assassin’s Creed: Origins, Detroit: Become Human, and Star Wars Battlefront II. The demo consisted of two stages, New Donk City and the Sand Kingdom, and I opted to try the latter as I had just watched another player wreak havoc in the city. Immediately, I was taken back by how beautiful the game is up close and personal. Nintendo pulled no punches creating these gorgeous new worlds, easily making this the best looking Mario game to date. Everything was crisp, colorful, beautifully animated, and running at a silky smooth 60 frames per second as the portly plumber ran through the desert.

The act of simply making him run around was a pure delight. The joy-con controls are spot on, using the left analog stick and face buttons in usual 3D platforming fashion to perform long jumps, back flips, a new rolling technique, and to throw Mario’s new companion, Cappy. Motion controls are present and used for a variety of techniques, most notably throwing Cappy at different velocities and angles including a spin throw useful for clearing out mobs of goombas. As simple as the controls are, they offer a surprising amount of depth. My only gripe is that the joy-con analog sticks feel a bit loose in relation to Mario’s actions, making it a bit difficult to control his speed at times. It’s not a major concern by any means, though, taking very little time to get used to. 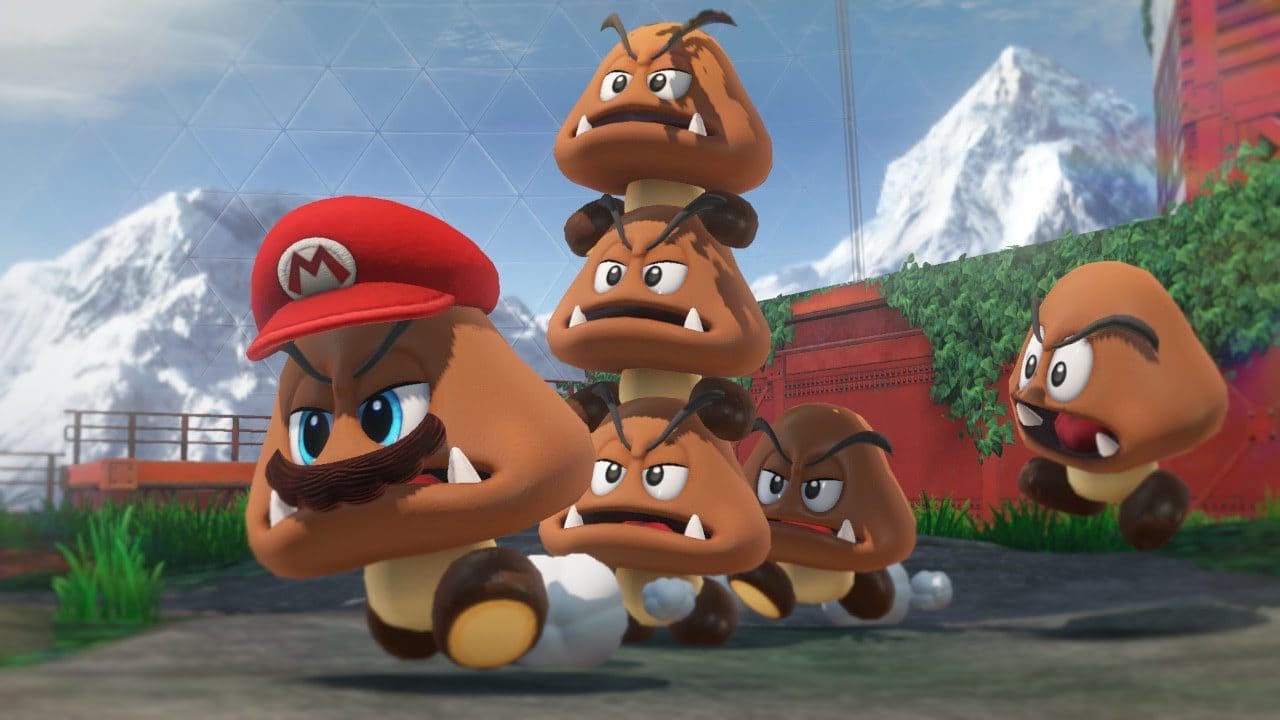 Odyssey takes a page from the book of the adventure style Mario platformers. N64’s Super Mario 64 and Gamecube’s Super Mario Sunshine allowed players to tackle collecting stars in a myriad of ways. If you’ve ever followed the speedrunning communities for those titles you’ll  recall the many unintentional ways some stars are collected. Nintendo basically took this idea of going off the beaten path and built this new adventure around the idea of throwing players into a sandbox and just saying “go nuts”. Instead of collecting stars, you collect “Power Moons”  to fuel the titular Odyssey, a hat shaped airship used to travel to different worlds. Power Moons can be found just about anywhere ranging from being hidden in crates to a reward for finishing a challenging quest. Each moon is given a unique title and marked with a date stamp upon collection, and you can continue to explore the stage instead of being kicked out like previous titles, which is a welcome addition. Apparently, there are a lot of Power Moons to collect. We may have another Korok seed situation on our hands.

Nintendo threw a bit of a curve ball at us with the reveal of the newest trailer of Super Mario Odyssey (check it out below if you haven’t yet), featuring a new mechanic where Mario can take control of other objects, people, and even enemies. Known as “Capturing”, this technique adds a level of interactivity and gameplay opportunities never before seen in a Mario title and elevates an already stellar experience to even greater heights. One challenge has you capturing a man playing with an RC car to collect a prize at the end of a tricky maze. Another has you take control of a Bullet Bill in order to fly to a Power Moon hanging out on a hard to reach ledge. One of my favorite challenges involved capturing a glasses wearing statue that could see invisible paths and blocks while the sunglasses were on while reducing walking speed. Taking the glasses off made paths disappear but gave back normal walking speed. The challenge was to simply find five hidden tokens and was easy enough to complete, though it took me a while since I was laughing so hard at the statue’s animations. 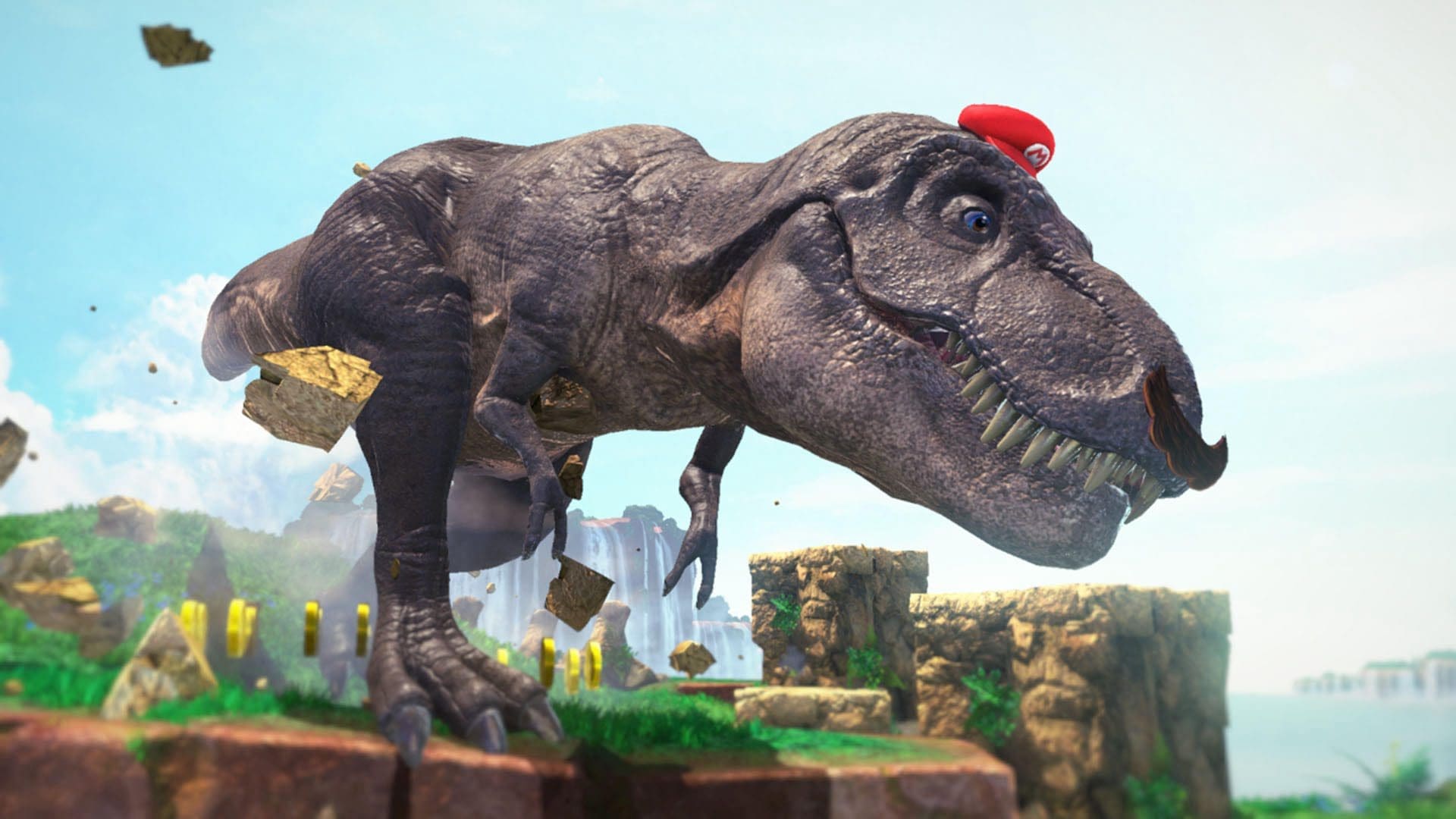 In fact, I was laughing or at least grinning from ear to ear the entire playthrough. Mario games tend to have an uncanny sense of charm that can bring forth joy from even the most jaded gamer. Super Mario Odyssey oozes charm and was such a joy to experience it rocketed to the top of my most anticipated list of games in 2017, and yes, that even includes even Cuphead. The superb graphics, amazing music, expressive animations, and the phenomenal addition of the capture mechanic won me over very quickly, and I can’t wait until it releases October 27th. Again, if you haven’t procured a Switch yet, now may be the time to start that storefront camping and scalper appreciation club you’ve been thinking about.