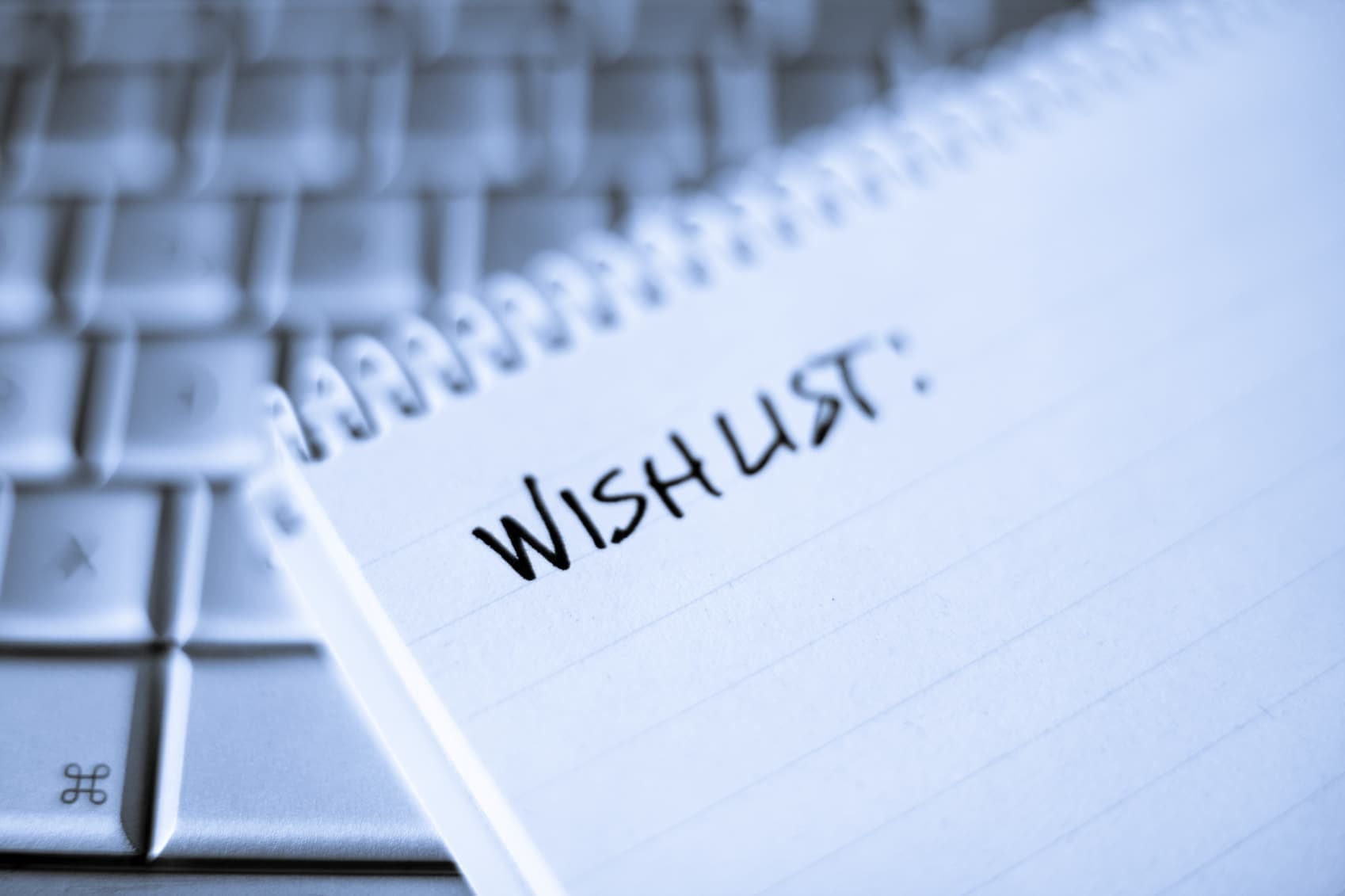 Electronic Entertainment Expo (E3) is right around the corner and with it will come a torrent of incredible announcements, reveals, and surprises. For those who aren’t familiar with E3, it’s basically Christmas for gamers. Formally part of the Consumer Electronics Show (CES; also where most major Apple announcements are made) E3 is a three-day event comprised of multiple press conferences from major publishers and console makers including: Sony, Nintendo, and Microsoft. In addition to the press conferences, the Los Angeles Convention Center is completely taken over by a massive trade show with numerous booths for developers, publishers, peripheral makers and more. E3 used to be a trade-only event, meaning you have to be part of the gaming industry to get a pass, however, this year E3 is opened up to the general public and the ramifications of this change remain to be seen. As E3 gets closer, we can’t help but hope and speculate to what we’ll see that week and I want to lay out ten things I do (or don’t) want to see at E3 this year. Let’s get started!

Countless gamers, myself included, grew up playing the original Star Wars Battlefront games and to this day are head-over-heels in love with those original titles. When EA rebooted the franchise in 2015, gamers received not a bad experience but certainly a shallow one. Now, two years later, its sequel has been revealed and already promises a major feature lacking from the reboot: a single-player campaign. EA has a lot of ground to cover to bring the public opinion of the Battlefront franchise where it once was, which is why I want them to take the time to talk to us, the fans, about the improvements they’re making and what we can expect from (hopefully) a more complete entry this November. A lot of trepidacious gamers are skeptical of Battlefront II so hopefully EA speaks our language and shows us that Battlefront II will be a step in the right direction.

Speaking of Star Wars, there’s a certain title that has been relatively quiet the last few years and that’s Visceral’s untitled Star Wars project. They’ve shown early concept art very briefly but have been playing it close to the vest otherwise. Visceral has long been one of my favorite developers after bringing us the masterpiece that is Dead Space. This new Star Wars project has a lot of strong minds working on it, including some responsible for Uncharted, Assassin’s Creed, and Portal. The game is projected to be released sometime in 2018 (likely sometime in fall to distance from Battlefront II) but some more concrete details wouldn’t hurt given that it’s been four years since it was first “announced”.

One of the most important aspects of marketing is having a strong, deliberate stream of information to keep a product not only in the public eye but also in good standing. One issue that seems to plague the video game industry is announcing games so far in advance that by the time the game releases it’s lost most of its goodwill and the long wait caused more annoyance than if they had just waited a year or two. Games like The Last Guardian and Kingdom Hearts III have become a joke due to their prolonged development cycle and in the case of Kingdom Hearts III we know(/hope) it’ll be here eventually but we also know that it won’t be soon so a little radio silence until they’re ready might be a good thing. Other distant games like The Last of Us 2 and Death Stranding have no reason to show anything this far out so I hope they don’t make an appearance for a while. The one game I do want to hear from, however, is the Final Fantasy VII remake. Now I know what you’re thinking, how can you not want to see Kingdom Hearts III but want Final Fantasy VII? Since Final Fantasy VII will now be episodic, at this point we NEED to see some hard details on the first installment before it becomes any more of a joke. An episodic release allows the developer to push out the first chunk of the game earlier, regardless of how long the subsequent sections take. This first episode needs to come out to save face for Square Enix if not for anything else.

The latest decision-based game from Quantic Dream was a major hit of last year’s E3 with a truly incredible trailer (below) and I hope to see another strong showing this year. Its release window is still listed as 2017 so E3 is the opportunity to confirm the date one way or another. Even if it gets pushed to 2018, a hard date will go a long way. Playstation 4’s exclusive lineup this year has been nothing short of amazing and Detroit looks like another all-star addition to the PS4 library.

I can’t bring up PS4’s stellar library without talking about Horizon: Zero Dawn. Without getting into too much detail, Horizon is a new IP from Guerrilla Games and we absolutely loved it. A story expansion has been confirmed and a teaser of some sort would remind those who might have passed on Horizon at first that it isn’t going anywhere. Given the time between Uncharted 4 and Lost Legacy we might not DLC this soon, but hopefully we will. I also hope the DLC takes place after the events of the main campaign. It was left open for an inevitable sequel so continuity issues won’t be an issue and seeing some new machines would be incredibly fun.

I have yet to play a Telltale game that hasn’t completely enamored me and given me an ulcer-inducing decision that I completely stress out over (I’m looking at you, Game of Thrones). Since the release of their first season of the Walking Dead five years ago, they’ve added a wide range of franchises to their roster, including: Batman, Guardians of the Galaxy, Borderlands, and more! Throughout these additions, only the Walking Dead has received subsequent seasons as they are in the middle of Season 3 and that’s not even counting the Michonne spinoff! Telltale has done a spectacular job of having a wide range of IPs, now I hope they give them some depth.

Playstation fans are more than familiar with Sucker Punch Production’s track record with Sly Cooper and Infamous, two cornerstone franchise’s in Playstation’s history. It has been three years since Sucker Punch’s last title: Infamous Second Son and it’s been radio silence from Sucker Punch since. When the rumors started popping up about a new Spiderman game, many thought (myself included) that Sucker Punch was the clear choice to helm such a project given their success with Infamous. When Insomniac was announced as the game’s developer, it raised questions to what Sucker Punch has been working on the last 3+ years and I hope we find an answer to that question at E3 this year.

Crackdown is a franchise that most Xbox owners should remember fondly from the last console generation on Xbox 360. The latest entry, Crackdown 3, was revealed three years ago at E3 2014 and we haven’t seen a lot of it since. Xbox has been plagued by cancellation of exclusive games (Scalebound, Fable Legends, Phantom Dust, etc.) and in the face of Playstation firing on all cylinders, Xbox really needs a win. When it comes to Xbox exclusives, Halo has probably a good year before they talk about it and another Gears of War is even further off than that. Forza is still running strong, but it needs some back-up and it needs it now. The reveal trailer of Crackdown 3 was widely regarded as a highlight of that year’s E3 and I’d love to see a triumphant return for both Crackdown and Xbox.

With the release of the Nintendo Switch, there are two major handheld changes I want to see: the death of the Nintendo 3DS and the birth of a new Playstation handheld. Now don’t get me wrong, I love my 3DS. I’ve poured countless hours into Fire Emblem but for the Switch to succeed as a handheld, it can’t compete against the 3DS and I think Nintendo will announce the end of the 3DS once the Switch is more readily available. Whether or not the 3DS gets killed off soon, the other console makers can’t afford to let Nintendo monopolize the handheld market. Competition breeds innovation and I think Playstation is the strongest candidate to at least put up a fight against the monstrous hold that Nintendo has on handhelds, especially if they can capitalize on being a truer handheld than the Switch.

Assassin’s Creed is a polarizing franchise in the gaming industry but one that I think has more than earned its keep. I am not, by any means, an ardent defender of this franchise and will happily spend hours telling you about the shortcomings of Assassin’s Creed Unity and how I found Assassin’s Creed III to be lackluster. Conversely, I’ll spend that same amount of time defending Assassin’s Creed: Syndicate (we rather liked it). The Assassin’s Creed team made good on its promise to (more or less) stop the annualized releases of Assassin’s Creed when customers stopped buying them. Following the release of the very polarizing Unity, Syndicate paid the price and 2016 was Assassin’s Creed-less. While I appreciate Ubisoft taking the time for the next entry (the tenth main entry believe it or not) taking too long can spell ruin for the long-standing series. It doesn’t have to land in 2017, but Assassin’s Creed should at least be mentioned after its two-year hiatus.

Well there you have it, ten things I do and don’t want to see at E3 2017. Do you agree with my list? Anything you would have added in? Sound off in the comments below what you want to see at E3 2017 this year and look forward to more E3 content as we get closer to June! For those who want a recap of last year’s E3, check out our press conference recap here, highlights from the show floor here, and our thoughts on Ubisoft’s booth in particular here.