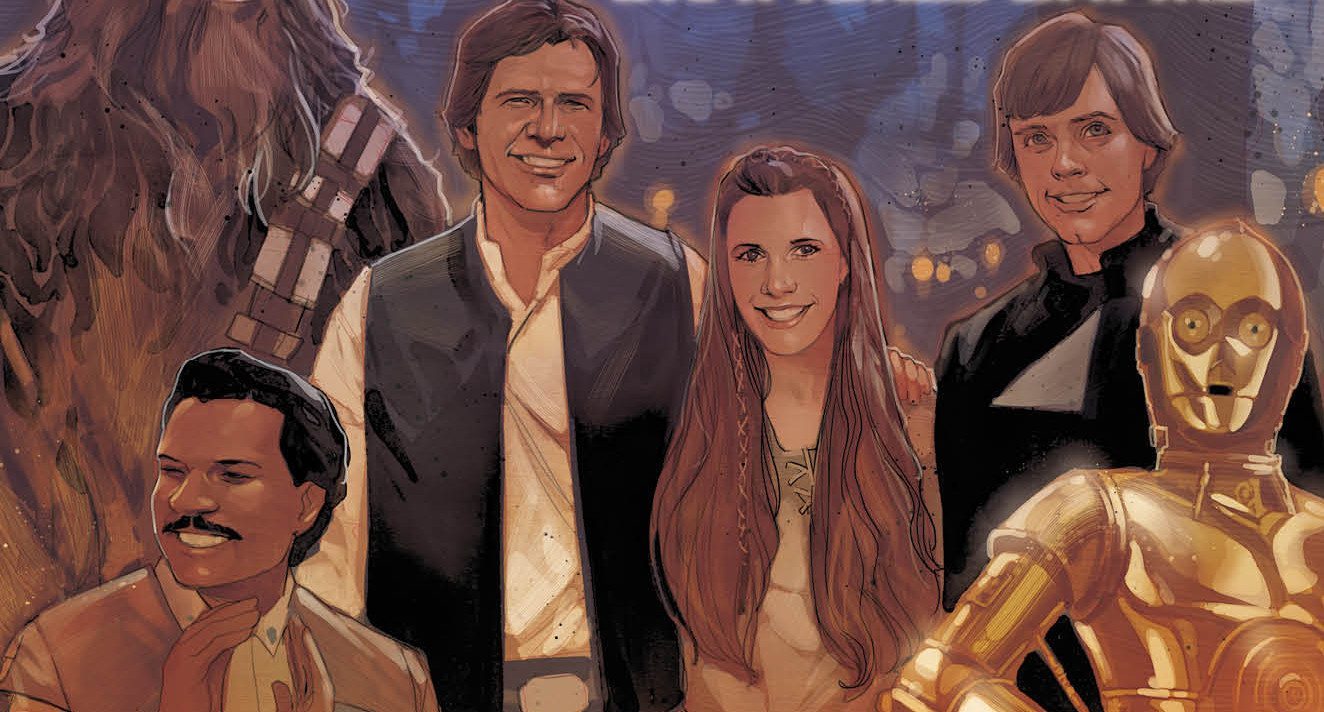 So, you know there was a big party on Endor and everybody got to dance with an Ewok when the Rebel Alliance was able to destroy the second Death Star at the end of the final Star Wars film, right?

But what happened next?

Marvel Comics will present their first comic set after Return of the Jedi this September!

JOURNEY TO STAR WARS: THE FORCE AWAKENS – SHATTERED EMPIRE # 1, is a brand-new series that lets readers know what officially happened next in the Star Wars Universe. Though the Rebels are successful in the destruction of the second Death Star, the Empire is far from beaten. Shattered Empire follows A-Wing Pilot Shara Bay in the days following the Battle of Endor.

Even though the Emperor is dead and their fully armed and operational battle station is destroyed, the Empire is finding plenty of ways to show the Rebellion just how powerful they still are. Don’t miss the first thrilling issue in comic book stores on September 2nd!

JOURNEY TO STAR WARS – THE FORCE AWAKENS: SHATTERED EMPIRE #1 (of 4)