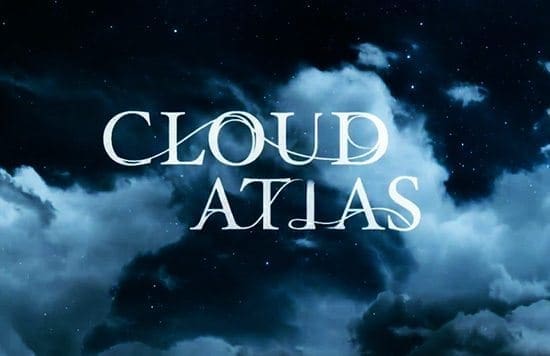 The movie adaption of David Mitchell’s 2005 best seller is getting wildly different reviews from the film critics who got to view it earlier this month at its World Premiere at the Toronto Film Festival. 2 stars, 3 stars, 4 stars. Some say it’s a “force to be reckoned with” (Michael Cieply – NYTimes), others an “emotionally stilted adaptation” (THR).

Whichever way you look at it Cloud Atlas is going to be one of those movies that you love, or love to hate.

It is the most expensive independently mounted production to date at $100 million and filled with an all-star cast that each play up to 6 roles. In fact, none of the critics know quite how to describe it, or what to compare it to. How does one compare to any one movie a movie that encompasses multiple genres and eras that are all interwoven like a complicated tapestry?

While the book is a series of short stories with only a comet shaped birth mark mentioned to link that a character is the same person as in a previous installment, the movie takes a more visual approach. One character reads the memoirs of another while their letters describing the book they are reading bring it forward to the next era and so on. The actors go through every kind of transformation to portray the different characters through the ages. They cross race and even gender with Halle Berry appearing as a white Jewish socialite of the 30s, Jim Sturgess as a Korean of the far future and Hugo Weaving as a female nurse in modern-day London. It is this use of the same actors to link the stories that has been called “absolutely daft” (Henry Barnes – The Guardian) but also “exciting” and that it reminds “us why the craft is rightfully called “acting”” (Peter Debruge – Variety).

I personally am looking forward to this ambitious movie that might be best described by Tim Robey (film critic for The Telegraph) as “far and away the most divisive film of 2012”.