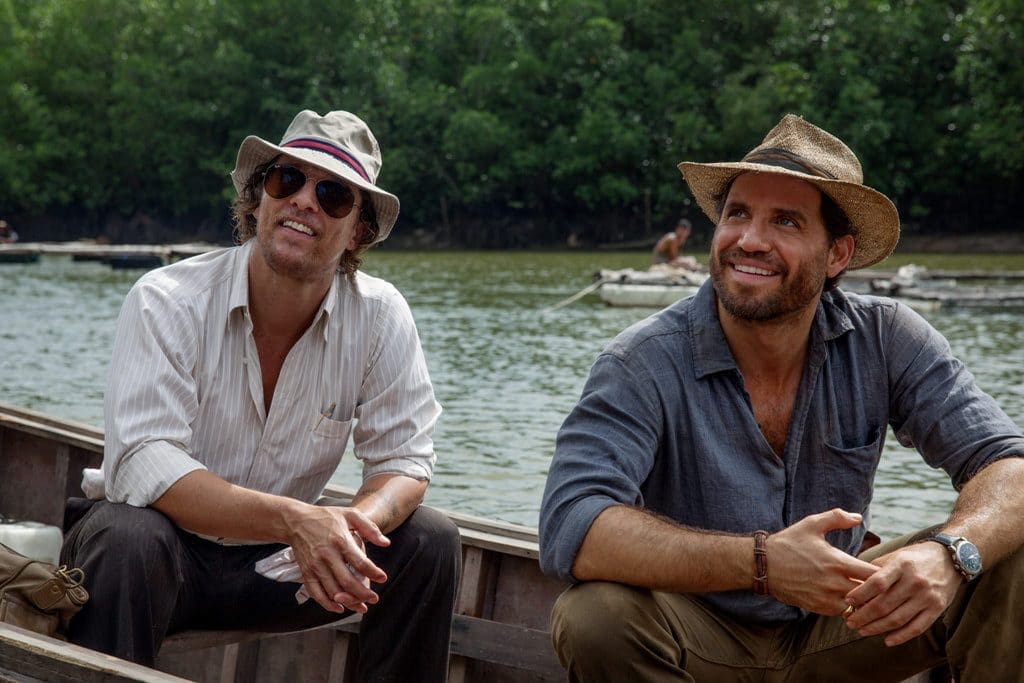 Director Stephen Gaghan doesn’t have a tremendous amount of Hollywood credit but his career still has some hefty weight to it. Stephen was born in Louisville, Kentucky on May 6th, 1965. He attended Kentucky Country Day School where he was an All-State Soccer player and held an assist record for almost three decades. From there he went to the University of Kentucky where he developed his writing chops and partook in the “Semester at Sea” Study Abroad Program that had him and a bunch of classmates being taught as they sailed around the world. After graduating, Stephen began writing for several different popular television shows which include: New York Undercover, American Gothic, NYPD Blue, and The Practice. Then in 2000 he would write his most notable screenplay – Traffic which earned him a Best Writing award at the 2001 Oscars. Transitioning a bit, the 2005 film Syriana would be his most prominent directing credit up until his most latest film entitled Gold.

The film is based on a true story and focuses on Kenny Wells (Matthew McConaughey), the owner of a failing mining business during the 1980’s. One day Kenny has a premonition that if he travels to Indonesia he will come across a wealth of gold. Deciding to follow this premonition, Kenny sells all of his valuables (which includes things he had purchased for his girlfriend) and uses the money to travel to Indonesia. While there, he convinces an avid prospector named Michael Acosta (Edgar Ramirez) to help aid him in this dream. From that point on, numerous twists and turns occur and Kenny is left with possibly discovering the largest gold mine in human history.

A truly unbelievable story coupled with a paint-by-numbers structure makes Gold a watchable yet underwhelming film. Nothing is outrageously offensive – good dialogue throughout, an above-average performance by Matthew McConaughey, and interesting character arcs make up a good chunk of the film. However, exact character motivations are unclear at certain points and a somewhat confused plot structure has the audience weave in and out of moments with little to no explanation. Nevertheless, what is being told never felt pandering or outrageously dumb, it just felt very generic.

Above all other aspects of the film, the cinematography is what I found to be the most frustrating part. Sometimes it looks absolutely brilliant – perfectly framed shots with great depth of field and not a lot of negative space. Other times it was downright offensive – scenes that are insanely out of focus or completely improperly framed. It just comes across as a bit amateur-ish and lacking in overall style and presentation. I would have preferred more emphasis on this aspect as it could have elevated the film beyond its mere mediocre status.

When push comes to shove and the film begins to show all of its cards, the question arises: did this story need to be told? In my opinion I would say that it does. Not for the characters but for the events that surround the characters and the crazy way that those events unfold. So in conclusion, Gold is a film worth checking out but it’s just good, not great.

Synopsis: The true story of a mining company owner in the 1980’s that tries to find gold in Indonesia.