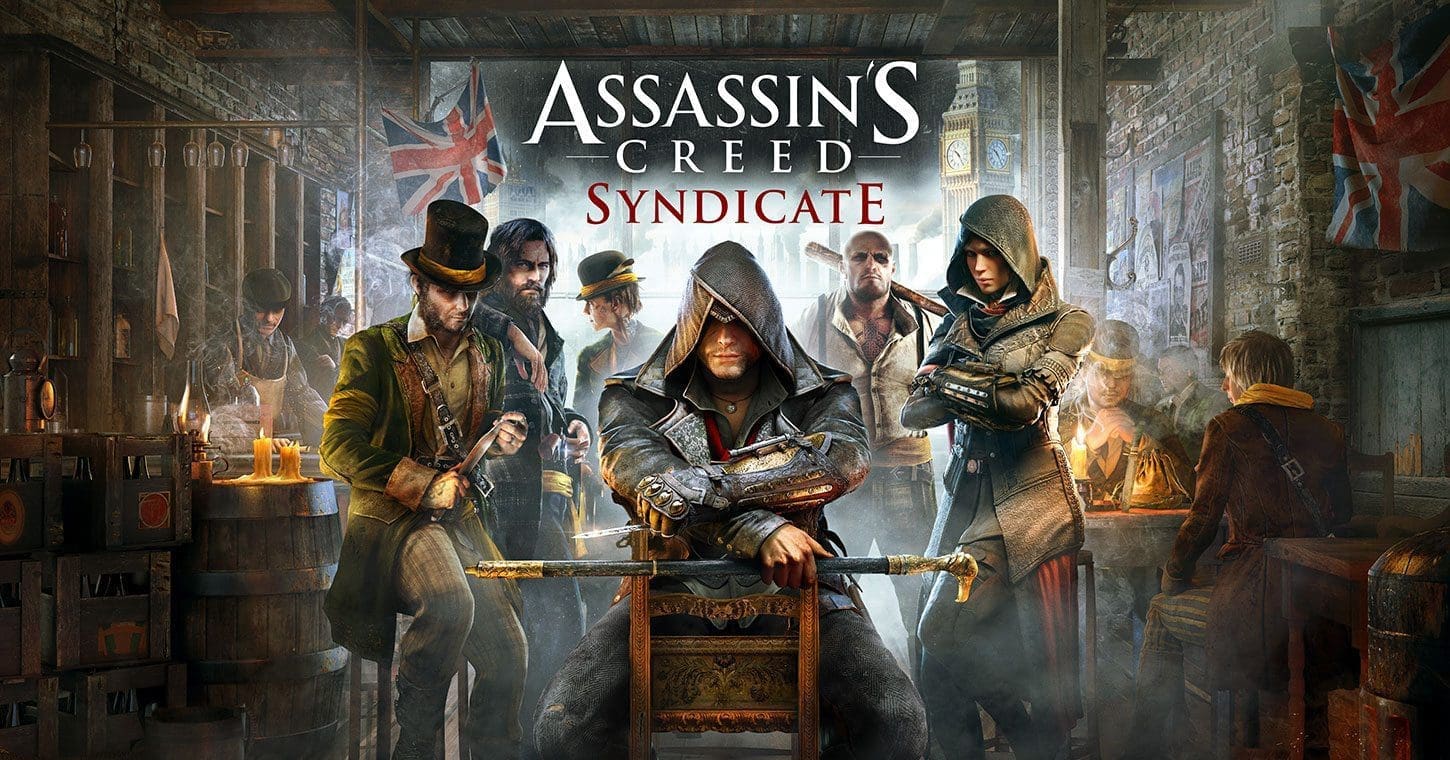 Fall is officially upon us which means the holiday season of games is about to get very busy, very fast. There are an incredible number of games slated to release this holiday season and it can be easy for many of these games to pass us by. I want to take this chance before things get too hectic to highlight some big games coming from Ubisoft that you will not want to miss.

Ubisoft’s winter offerings start off with another entry into the ever popular Just Dance series of games with Just Dance 2016. Just Dance 2016 seems to have another solid track list, with over forty titles ranging as far back as Rossini’s William Tell Overture from 1828, up to today’s latest and greatest hits. This latest entry is introducing a few new features to the series as well. One of these additions is the “Dance Party” which consists of both competitive and cooperative multiplayer challenges for players to complete, going further than simply competing for a higher score. The new generation of consoles will also include a new mode called “Showtime” , shown off at Gamescom this year, which should be a favorite mode for many. Showtime lets players record lip sync videos to various songs they can then send to friends and family to keep the fun going. It is assumed the Just Dance app will make a return for Just Dance 2016, eliminating the need for a Kinect or Playstation Camera to play the game. Just Dance is notably one of the last remaining major franchises still supporting the last generation of consoles, especially the Wii. Just Dance 2016 is the seventh main entry in the series and at this point Ubisoft has the dance game formula down to science, as shown by the lack of lasting competitors (sorry, Dance Central). Fans of party games and dance games alike should keep their eyes open, and get their dancing shoes on, for Just Dance 2016 in the coming weeks.

Players will follow twins Jacob and Evie Frye and will be able to freely switch between the two which is a first for the series, as is having a female protagonist (for a main entry). The twins, while similar in appearance, have polar opposite personalities which will be represented in their play style and abilities; Jacob being a hot-headed combat specialist and Evie a witty stealth specialist. This time around Ubisoft is dropping some of the more superfluous features like multiplayer and a companion app, to “go back to their roots” and focus on a solid campaign. Despite the dropping of some features, some interesting additions are being made to the campaign. A new rope tool will allow players to rappel up structures or create ziplines between them. There are also horse-drawn carriages being added to expedite traversal across the expansive industrial London area, 30% larger than its Parisian predecessor in Unity. Syndicate seems to be addressing some of the increasingly frequent gripes and complaints gamers are having with the series, and from what I have seen so far it looks like the series may finally be getting back on track.

The Crew: Wild Run November 17th on XB1 and PS4

This offering by Ubisoft is a little different from the others. The Crew is receiving both a new expansion as well as a graphics overall. The Wild Run will make a number of big additions to the game along with the improved graphics. New vehicles like drift cars, monster trucks, dragsters, and motorcycles will be added as drivable options. There will also be a new mode called “The Summit” where players can compete in weekly challenges at iconic locations nationwide. Ubisoft has not said too much regarding the Wild Run expansion since E3, but players who have not picked up The Crew yet may now have a reason to dive in.

Wrapping up Ubisoft’s holiday offerings is the long anticipated return of the Rainbow Six series with Rainbow Six Siege. After the cancellation of Rainbow Six: Patriots, much to the dismay of fans, it has been seven years since a console Rainbow Six release (Vegas 2). Rainbow’s triumphant return comes in the form of Rainbow Six: Siege which can be described as Counter Strike on steroids. I have spent a good amount of time in the ongoing closed beta this weekend (live until Oct. 4th) and I must say I am 110% ready for Siege to take over my life in December. There are two modes I spent my time in so far: Terrorist Hunt and (traditional) Multiplayer. Terrorist Hunt is a cooperative mode against AI combatants (roughly 15 against your team of 4-5) where you must secure an objective(s) and/or eliminate all enemies. Much like Counter Strike when you’re dead, you’re dead. Your allies have a chance to revive you, but should they fail a running ticker on the top of the HUD shows how many combatants each team has remaining. Your team is free to enter the building as they see fit whether it be smashing through the front door with a sledgehammer, rappelling from the rooftop with an assault rifle, or both. Communication with your teammates throughout the siege is paramount in tactical advancement, identifying your enemies location, objectives, and ultimately surviving. It is not mandatory to communicate, but it certainly helps. In each mission buildings are almost completely destructible, between breach charges, shotguns, sledgehammers and more, any wall that stands in your way can quickly be turned to dust. For example, a few shotgun blasts through a wall can create crucial firing lines to flank your enemies and gain a crucial advantage in the small war taking place in the once-quaint house.

Once I got comfortable with the gameplay in Terrorist Hunt, I hopped over to Multiplayer and it was then I got the true feel of Rainbow Six: Siege. Multiplayer pits two teams of five against one another, alternating between attacking and defending. At the beginning of each round players can choose one of five factions to play as which open up different possible weapon loadouts you can shape to your play style or can compliment your team’s strategy of assault (or defense). In addition to these loadouts, players can opt to play as a specific “operator” with unique abilities or tools to further customize gameplay. I was partial to Sledge, an operator with, you guessed it, a massive sledgehammer which can decimate barriers and walls. Other operators have perks like poison gas, stun drones, and more each with distinct tactical advantages. Defenders can lay down barbed wire to slow attackers, or fortify walls with metal barricades while the attackers have drones they can pilot around tagging enemies and objectives. The matches were fairly short, but not annoyingly so. The combat was fast paced and the rounds seemed to blur together creating a cohesive and wildly fun experience.

Although previous Rainbow Six games had a single-player focus, Siege flips the script and focuses on multiplayer. There will be a single player training of sorts where players can get used to different operators and get unlocks for multiplayer, but multiplayer will certainly be the meat of the game. A recent delay may be related to the scrapping of a full single player campaign (which they had previously discussed) and making the multiplayer even better. While I am all for delays for quality’s sake, from what I have seen of the beta it looks ready for release. I am sure more balancing between operators will occur following the beta, but the formula for Siege is clear and it is one that I think is going to enthrall many gamers this December. Fans of first person shooters, strategy games, and Rainbow Six as a whole should definitely get ready for Rainbow Six, Siege this December. Xbox One owners will get the added treat of digital copies of Rainbow Six Vegas and Rainbow Six Vegas 2 when backward compatibility goes live this holiday, giving a solid incentive to pick it up on Xbox.

Ubisoft’s lineup for the remainder of the year showcases both a variety of game genres, as well as entries from three of their major franchises. Although they are fighting their own reputation as far as Assassin’s Creed is concerned, Just Dance has solidified its place in family and dance games and the return of Rainbow Six will draw many gamers back into the fold. All is not lost for Assassin’s Creed, however, as Syndicate may be a long-needed return to form for the franchise. As it stands, Ubisoft has an incredible trio of games set to launch before 2015’s end and they may very well dominate much of the holiday season between them, not to mention the new and improved content for The Crew. For more Holiday Highlights, as well as more content from Ubisoft, keep checking back with us here at GNN!