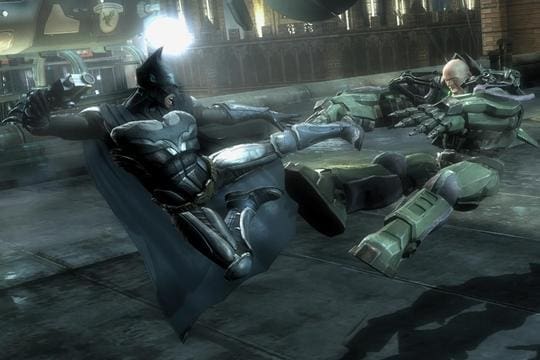 Excited for NetherRealm Studios “Injustice: Gods Among Us“? Well, today they announced the demo will be available to download on April 2nd for XBOX 360 and Playstation 3 owners and Europe fans might have to wait until April 3rd. No word for the Wii U demo as of yet. Also, they even supplied a new Black Adam trailer, Check it all out below:

The Injustice: Gods Among Us demo features Batman, Wonder Woman, and Lex Luthor – three playable characters pulled from the game’s robust DC Comics roster. Set in the Gotham City arena, fans can get a taste of the included characters’ unique super powers and individual move-sets as they destroy elements of the world and fight through the multi-tiered arena.

Additionally, a new trailer featuring Black Adam, a recently revealed character, can be seen below.

http://youtu.be/bMtNBH9t0pA
Injustice: Gods Among Us is an all-new game from award-winning NetherRealm Studios. The title debuts a bold new fighting game franchise that introduces a deep, original story featuring a large cast of favorite DC Comics icons such as Batman, Green Arrow, Cyborg, Harley Quinn, Nightwing, Solomon Grundy, Superman, The Flash, Wonder Woman, Green Lantern and many others. Set in a world where the lines between good and evil are blurred, players will experience heroes and villains engaging in epic battles on a massive scale.

“Injustice: Gods Amonng Us” hits stores April 16 for PlayStation 3, Xbox 360 and Wii U.

Chuckie is blogger for fine sites such as Geek News Network and Comic Book Therapy. Burrito enthusiast would be the best way to describe him. Follow Chuckie on twitter @dweebofthedead to read just how much he loves Batman, kind of like a man-crush, but not really.
[SlideDeck2 id=9271]

Top 11 Other Shows to Kickstart