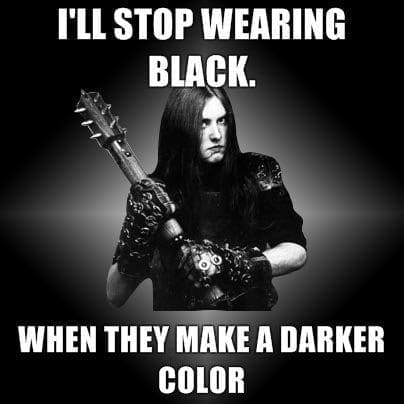 Beyond the dark forests of Nihilism, surrounded by only the deepest desolation, there lived two wenches. They were not your ordinary mead serving, promiscuous, working class women, but they were… METAL WENCHES OF EPICNESS! Introducing: Ashley Nyal, the Canadian Empress,  and Kiara Scrafano, the Italian Monarch. Join these two dedicated ladies as they go about attending gatherings of titanic proportions. Watch as they brave seas of hungry warriors, mosh pits of death, and drunken pirates to bring you, dear humble reader, the most enchanting documentation of local metal shows, album reviews, and even the occasional band interview, that you’ve ever laid eyes on!

In all seriousness, our goal here is to help promote the local Arizona metal scene, and give hard-working bands the positive light that they deserve. Our intention is simple; go to shows, give you an honest review, and help promote local bands. We’ll also be doing frequent album reviews, and interviews of various local and non-local bands. And for the record, we pretty much cover all genres of metal. Between the two of us, you’ll get an expert opinion on a range of metal such as Folk Metal, Black Metal, Death Metal, Melodic Death Metal, Progressive Metal, Doom Metal, Thrash Metal, Avant Garde Metal, and many other mixed-genres such as… Neoclassical Melodic Folk Metal… or Progressive Symphonic Black Metal. You get the idea!