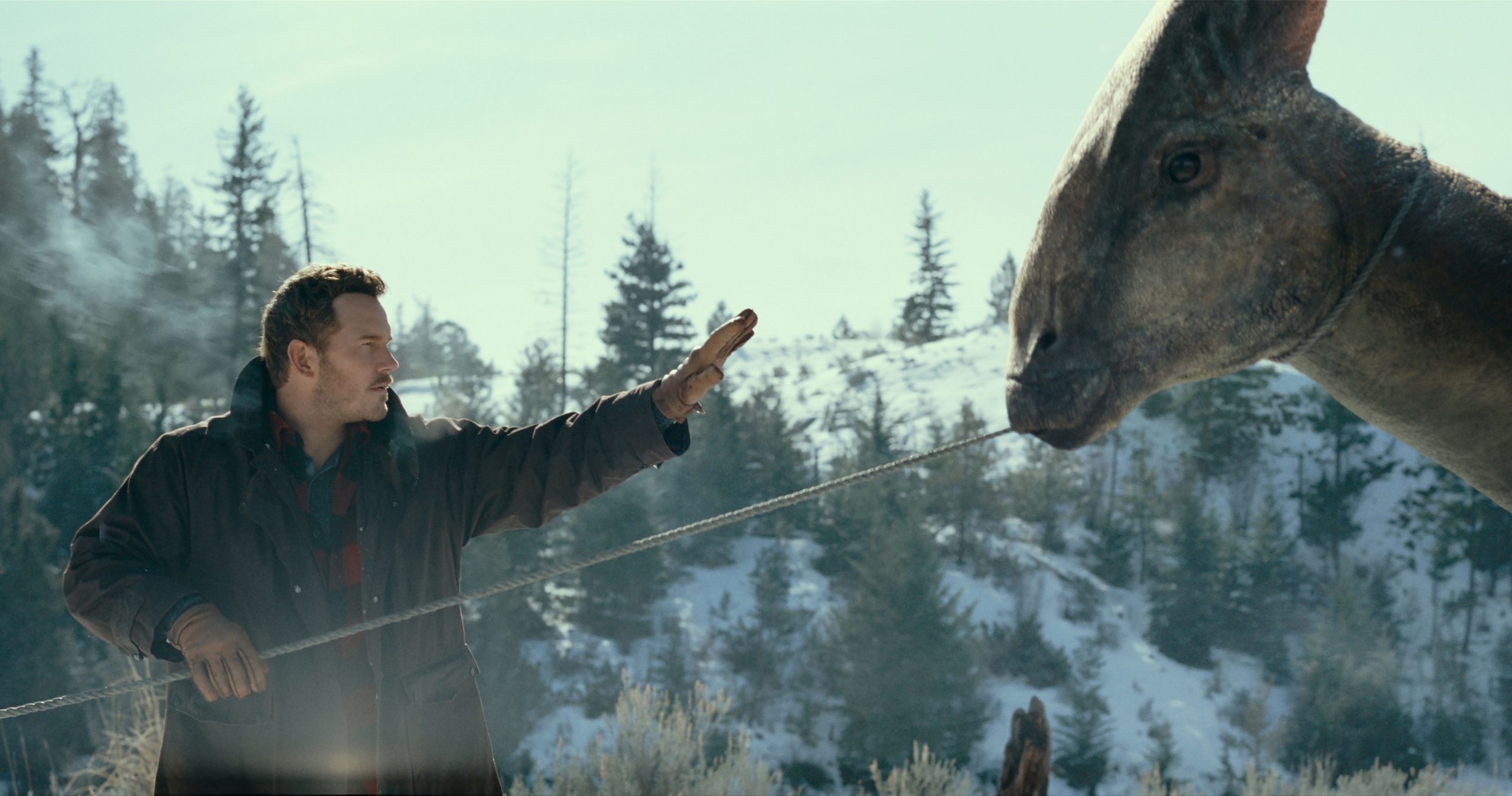 Jurassic Park is one of the greatest films of all time. Nearly 30 years after its initial release, it still holds up extremely well. The sequels are another story. Some of them were tolerable, such as Jurassic Park 3, but others were downright bad, like Lost World and Jurassic World: Fallen Kingdom. We’ve now come to the presumed end of the second Jurassic trilogy, with Jurassic World Dominion. Let’s take a closer look at the new film with our full review.

Jurassic World was a decent film. It was basically a watered-down Jurassic Park with a new cast, but that was enough. Fallen Kingdom completely dropped the ball, but the movie still has its fans. With Jurassic World Dominion, the same issues with the previous two movies are here, but it is a step up from Fallen Kingdom.

The Jurassic Park trilogy feels very different compared to the Jurassic World trilogy. While JP was more about wonder and science, JW dumbed down the franchise to focus on a more suspenseful element of running away from dinosaurs. That’s not to say those elements were nonexistent in JP, but they added to the wonder and mystery instead of being the primary focus of the films. That said, there are plenty of fans of the Jurassic World films, and plenty of people who love both trilogies.

For a movie titled Jurassic World Dominion, you’d expect the film to span the globe. Unfortunately, that isn’t the case. While the movie opens with a variety of locations, it quickly narrows the events down to the Biosyn facility, where it remains for a vast majority of the runtime. Dinosaurs aren’t even the main focus of the film. Instead, it’s insects that have been infused with dino DNA to make them a proper, yet a mostly unseen menace.

Imagine taking the plot of Interstellar, but removing all of the space scenes, and adding a couple of dinosaurs. That’s basically the plot of Jurassic World Dominion. The wonder from the first Jurassic Park is completely gone. There are some callbacks to scenes in Jurassic Park and Jurassic Park 3, but for the most part, this is a barebones, very limiting story that’s more about lackluster jump scares than the enormity of dinosaurs living among us in 2022.

Even newcomers like CIA agent Barry Sembène (Omar Sy), and Biosyn veteran Ramsay Cole (Mamoudou Athie) are wasted. These wonderful actors have limited scenes with minimal dialogue. Even Franklin Webb (Justice Smith) is sidelined to a bit part after having a much bigger role in Fallen Kingdom.

The legacy characters do have a fair amount of things to do throughout the film, and Ian Malcolm gets in a few funny one-liners. But with a nearly two-and-a-half-hour runtime, the writers could’ve done so much more with these characters and the dinosaurs. Even the battles between dinosaurs are average at best, with more fearsome battles taking place 30 years ago with a much smaller effects budget.

Is Jurassic World Dominion a terrible movie? No, it’s still better than Fallen Kingdom and Lost World. It just doesn’t bring anything new to the table and fails to offer anything more than a disappointingly limited plot. That said, fans of one or both of the Jurassic World films will enjoy Dominion. It falls in line with JW and Fallen Kingdom, providing more of the same. If you weren’t into the last two films, very little in Dominion will bring you around, but at least you still have the original Jurassic Park to fall back on.

Synopsis: Four years after the destruction of Isla Nublar, dinosaurs now live–and hunt–alongside humans all over the world. This fragile balance will reshape the future and determine, once and for all, whether human beings are to remain the apex predators on a planet they now share with history’s most fearsome creatures in a new Era.