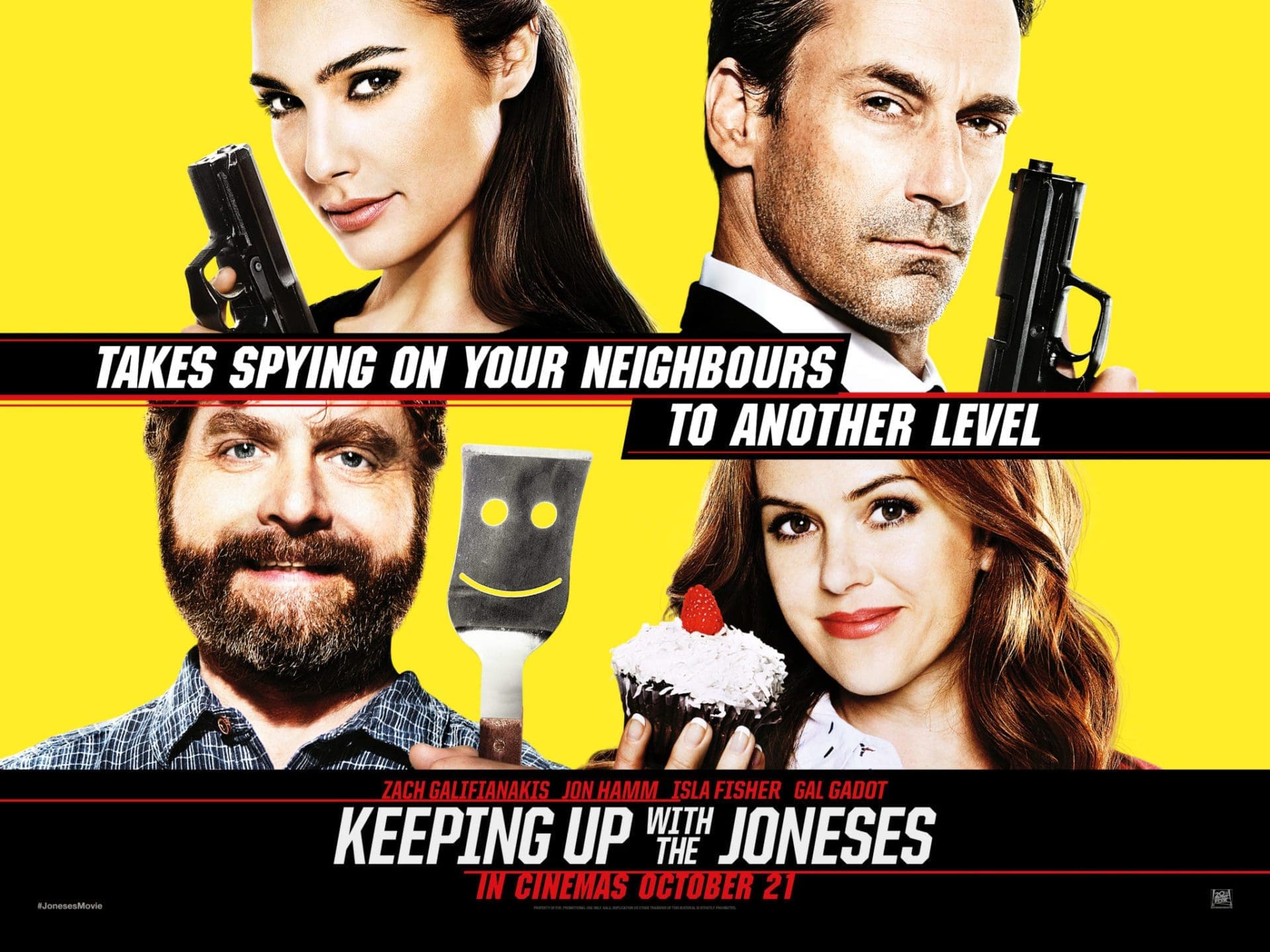 Director Greg Mottola has crafted some of the funniest films as of late. He grew up in Dix Hills, New York and started his Hollywood career in 1996 with the indie film called The Daytrippers. He then spent about ten years directing episodes of TV shows like: Undeclared, Arrested Development, and The Comeback. His first big notable film came in 2007 when he directed the much praised comedic gem entitled Superbad. Since then he would go on to direct Adventureland, Paul, and several episodes of the HBO show The Newsroom. Mottola’s newest creation is the action comedy called Keeping Up with the Joneses.

Isla Fisher and Zach Galifianakis star as Karen and Jeff Gaffney, a stereotypical suburban husband and wife who live in a nice little cul-de-sac with their two boys. After their kids are sent off to summer camp,  a new couple moves into the neighborhood. They present themselves as Natalie and Tim Jones (Gal Gadot and Jon Hamm), a charity worker and a major food critic. However when Karen and Jeff discover that they are really spies, the two become mixed up in an international espionage plot that Natalie and Tim have to help them out of.

Superbad is one of my favorite comedies of all time and when I heard that Greg Mottola was directing this film, I knew that I had to see it.  My main issue however is that this film doesn’t feel like any of his other work due to it simply not being funny. I chuckled a couple of times and smiled a lot but I found the humor to be very stereotypical and restrained in comparison to the other films he has made. The fact that the film has a PG-13 rating and everything else he has done was rated R feels like the obvious thing to blame. They just don’t go as far as they needed to with the gratuitousness of the jokes.

Normally I’m a huge fan of what Zach Galifianakis brings to the table in terms of comedy, but I was amazed at how un-funny he was in this role. He plays against type – normally he’s the crazy, unreliable friend but when he decides to play it completely straight it comes across as unbearably subdued. Isla Fisher is the same way. She’s great in Wedding Crashers as the vulgar yet seemingly innocent younger sister but here she plays the role in a slightly annoying manner. Adding to the negative list would be Gal Gadot and John Hamm’s performances. They are instantly forgettable as characters and their onscreen chemistry is slim to nil. Due to their attractive nature I can see why they were cast but their looks don’t outweigh appearing as believable characters in any way, shape, or form.

Apart from the all around bashing that I have just given this film would be a small nugget of actual humor. Later in the film, a cameo from one of my favorite comedians occurs that could have nearly saved this film. Unfortunately he isn’t given a lot to do that is truly funny but his appearance alone made me enjoy this film just a bit more. Nevertheless, Keeping Up with the Joneses is just way too by-the-books and trope ridden to make it something that I’d recommend at all.

Keeping Up with the Joneses:[usr 2]

About Keeping Up with the Joneses

Synopsis: A typical suburban couple accidentally gets involved in a international espionage plot when their new neighbors (who are spies) move in.

American Gods | The Redemption of Diegesis

How to Train Your Dragon: The Hidden World | Movie Review