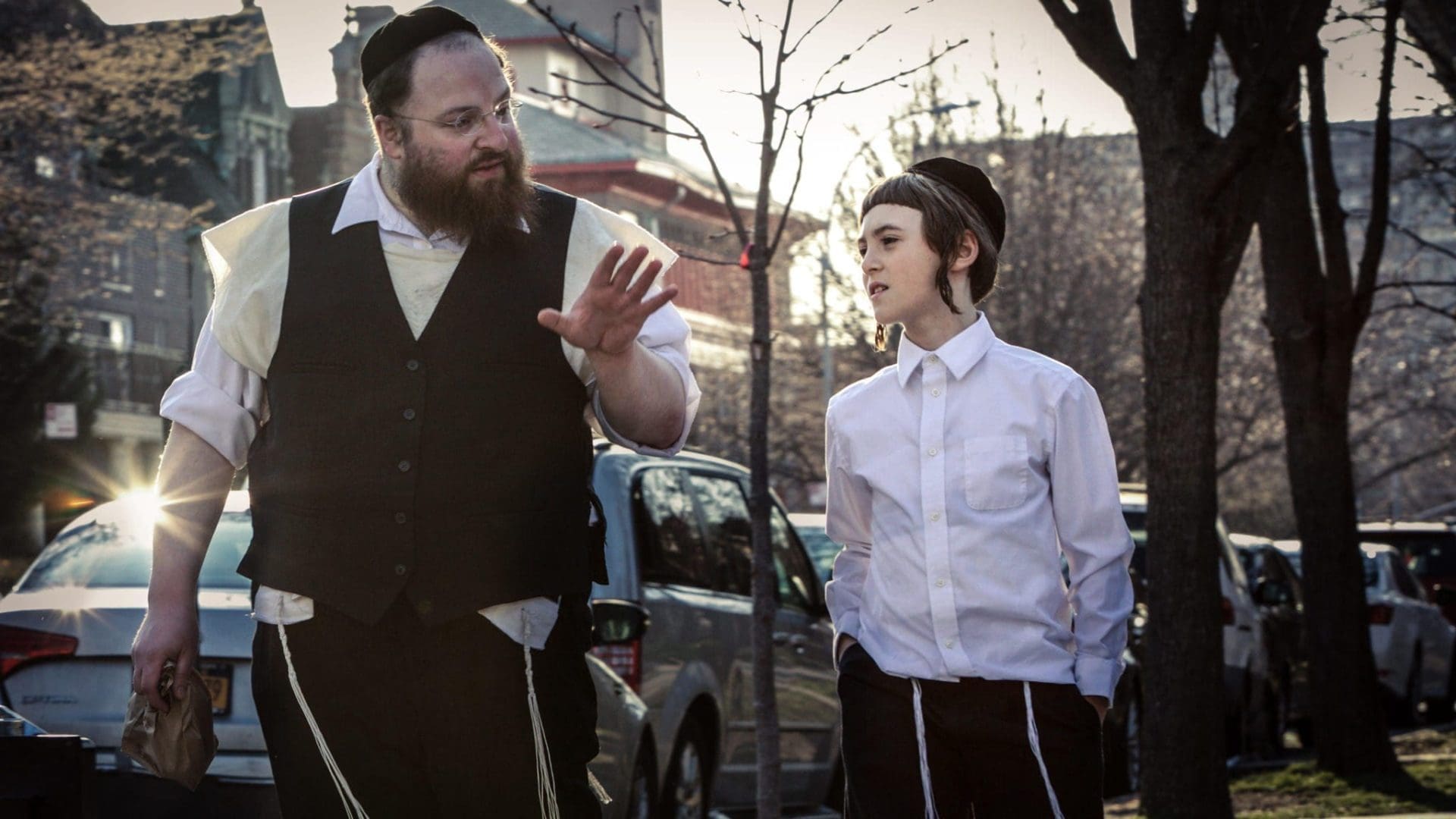 Due to growing up in Arizona, the Jewish religion was never a major presence around me. I knew some things about it and as a kid I had a friend who was half Jewish. I really liked the fact that he would celebrate Hanukkah and get one present each day for eight days. I also learned that Jewish people didn’t believe in god, that their religion was focused around a book called the Torah, and that during World War II they were imprisoned and put to death under the Nazi regime.  As time progressed I obtained more and more facts about the religion through osmosis but I never really sought out any additional information. So when I watched a new film entitled Menashe, I had some background for what was going on but I also learned even more about Judaism in general.

The main character of Menashe (Menashe Lustig) is an Ultra-Orthodox (extremely religious) Jewish man who is living a very simple and mundane life in Brooklyn, New York. He’s a father, a convenience store employee, and somewhat of a screw-up. His son Rieven (Ruben Niborski) is a young boy that he wants to spend more time with but his lack of income and time hinder him from doing so.  He constantly battles with his brother-in-law and his religious overseers over getting to spend time with Rieven. Throughout the course of the film you eventually learn why they look at him in such a negative light and also what happened to Rieven’s mother.

Menashe is a very calm, down-to-Earth film that relies more on performances and story than spectacle and gimmicks. It’s extremely realistic in such a way that I had to keep reminding myself that I was watching actors portray characters rather than someone documenting the lives of Hasidic Jews. You begin to learn about their culture in a much deeper and more meaningful way and you start to understand how they can live such a specific lifestyle in the midst of stereotypical Americans. It’s almost as if you took Amish people and threw them into the chaos of New York City, provided them with a scarce amount of technology, and told them to be as faithful to their religious beliefs as possible.

While the film lacks a lot of visual flair, it’s the way in which Menashe conducts his life that makes the film so entertaining. He’s definitely not a conventional leading man in any sense of the word but he has a charisma that’s undeniably charming. He constantly goes out of his way just to make time for his son but it seems that as soon as something good occurs, something bad is right around the corner. As you progress through the film, layers of personal anguish for Menashe are slowly revealed and the character becomes much more three-dimensional.

Overall, I enjoyed my time with the film but there is a sparse amount of additional information that can be gained through a re-watch. Everything is up on the screen and everything is very black and white. But if the majority of what I just wrote interests you then try and seek out Menashe if you can.

Synopsis: Within Brooklyn’s ultra-orthodox Jewish community, a widower battles for custody of his son.