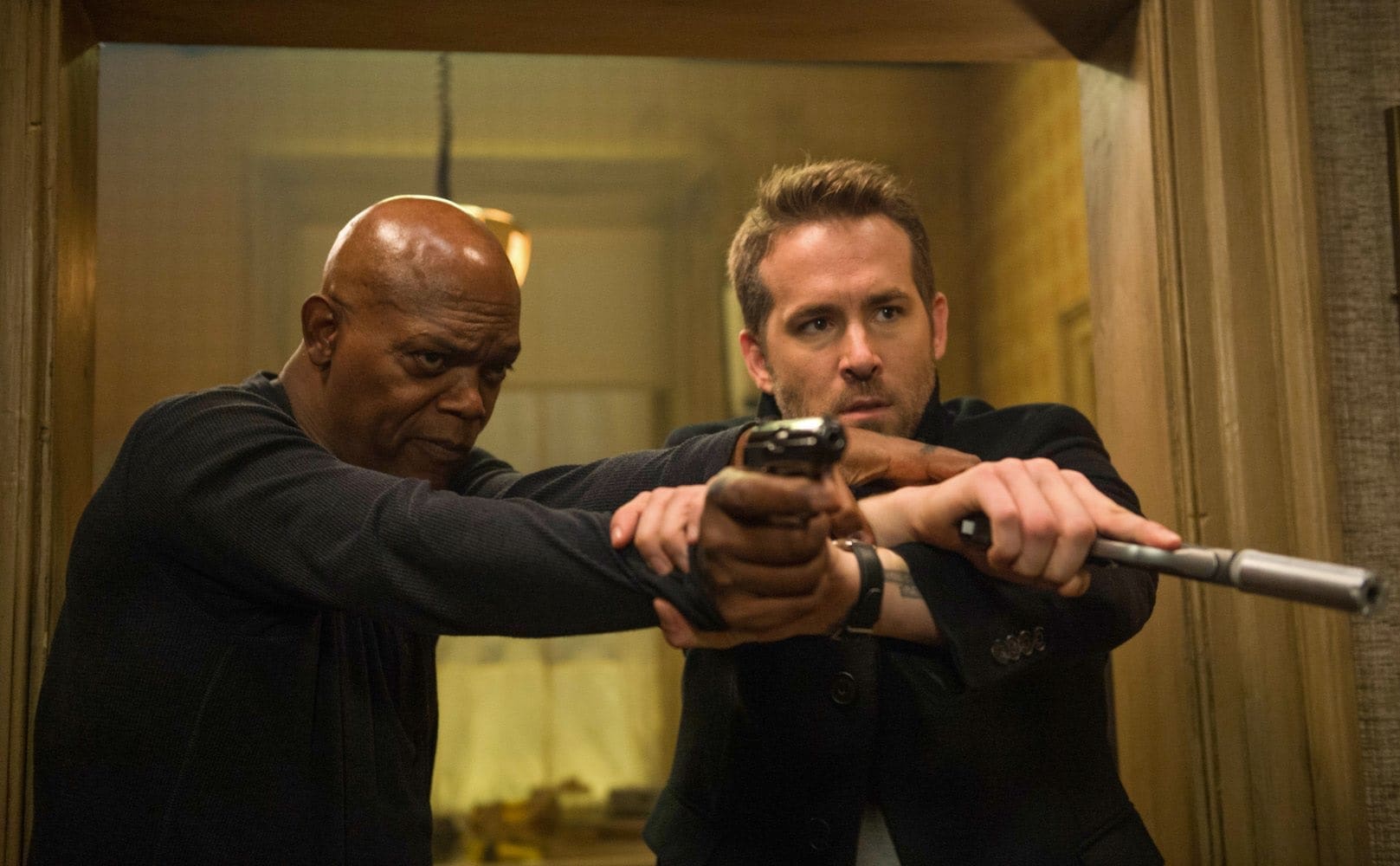 Ryan Rodney Reynolds was born in Vancouver, British Columbia, Canada on October 23rd, 1976. His father was a food wholesaler and his mother worked customer service for a retail company. His only college experience was attending Kwantlen Polytechnic University in Vancouver but he dropped out before graduating in order to pursue other avenues. In 1991 he got his break into acting by starring as Billy Simpson in the Canadian teen soap opera entitled Hillside. From there he bounced around to a few other things until his role on the TV show Two Guys, a Girl and a Pizza Place gained him a significant amount of notoriety. It’s that gig that helped to propel his career more into the film scene by getting him leading roles in such things as: Van Wilder, Just Friends, and Deadpool. Now Reynolds is teaming up with Samuel L. Jackson in the new Patrick Hughes film called The Hitman’s Bodyguard.

Michael Bryce (Ryan Reynolds) is the former owner of a high-priced bodyguard service and is one of the best bodyguards in the business. Darius Kincaid (Samuel L. Jackson) is world-class hitman who has been captured by police and is being transferred to a court in order to testify against a man named Vladislav Dukhovich (Gary Oldman). When Darius’ armed escort is attacked on the way to the destination, he manages to escape his imprisonment and flees the scene with an Interpol officer named Amelia Roussel (Elodie Yung). She then hires Michael to protect Darius to ensure that he safely gets to the court on time. What follows is a series of over-the-top hijacks and close-calls where the two men are cracking jokes just as much as they are taking down attackers.

While the first twenty minutes or so left a somewhat sour taste in my mouth, as soon as Reynolds and Jackson teamed up the film really began to take off. The two have great on-screen chemistry and their banter was insanely charming. From Jackson spewing insult after insult to Reynolds jabbing back with as much ferociousness as a domesticated poodle, the result of which was pure comedic gold. It was almost weird seeing Reynolds play more of the subdued, straight man but he managed to pull it off and it works in the context of the character.

Another highlight of the film would have to be the action scenes. From vicious gun battles, to insane chase sequences and fist fights, the spectacle onscreen is a tour de force of visual stimulation. While other action films might be inclined to use CGI over practical effects, this film leaves you on the edge of your seat while dazzling you with some of the best practical stunt work I have ever seen. I’m sure there are still CGI elements that were added, but it is more that obvious that a lot of care went in to actually putting real people into harm’s way in order to get some astounding shots.

The only qualm I have with the film is its story. There are portions of it that are very fresh and exciting but overall it’s very paint-by-numbers and predictable. Basically it’s a good story but definitely not a great one. However, the chemistry and comedic timing of the two leads combined with the marvelous set pieces completely overshadow the story by leaps and bounds. It is those reasons why I would recommend The Hitman’s Bodyguard as a fun, 90’s team-up throwback that is a delight to watch.

About The Hitman’s Bodyguard

Synopsis: The world’s top bodyguard gets a new client, a hitman who must testify at the International Court of Justice. They must put their differences aside and work together to try to make it to the trial on time.