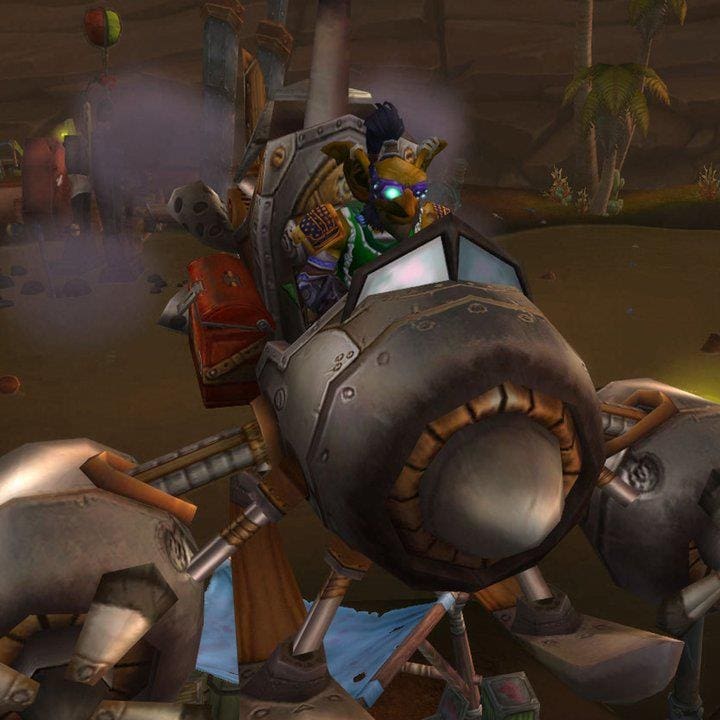 The goblin hunter, Toeprod, stood at the shooting gallery, taking aim at the highlighted target. Rinling the troll had challenged him to hit twenty-five targets within the time limit. Suddenly a Human riding a warhorse passed in front, stopping so that the beast’s tail slapped Toeprod’s rifle.

“Hey! I’m shootin’ here!” the goblin growled, but the human ignored him as he started a conversation with the troll… still mounted. “That’s it!” Toeprod threw down the toy rifle and went for his own gun, but stopped himself and took a deep breath. Darkmoon Faire was a sanctuary after all. There was no fighting other than in the arena.

He took a walk toward the pier to try to cool his head. It was pretty difficult, since this sort of thing always happened; and not just because he was shorter than many he had to live around. As a former member of the Bilgewater Cartel he understood time was money, but he couldn’t stand rudeness. “Every time,” he grumbled to himself, “whether at a merchant, the bank, or even checking my mail… GAH!”

The children running by stopped and stared. Toeprod managed a friendly smile, then continued his walk and rant. “It don’t take a second, I send my pet or ride out of the way. Why’s it a hassle to so many others to do that?” He was quiet for a moment as he headed down toward the beach. “They’re just inconsiderate is why. Don’t care we all hafta live in the same space…” The goblin was getting weary, but found one final burst of energy, “I spent good money on that game token!”

All Toeprod could do was let this instance pass and hope that things would change in the future. Maybe he could start a movement in his guild or the Horde and spreading it to other worlds. Only time would tell if people could learn to have a little courtesy, if not learn to be polite all the time.