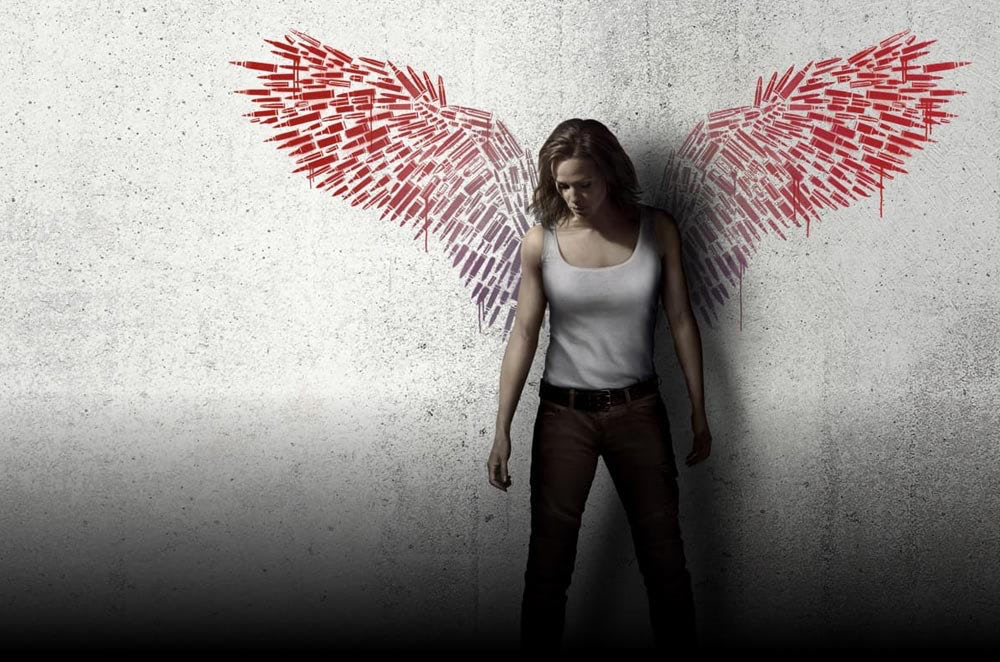 Jennifer Anne Garner was born on April 17th, 1972 in Houston Texas. She’s the middle child of three daughters and her father worked as a chemical engineer while her mother was an English teacher. Her family was very conservative, so much so that she wasn’t allowed to pierce her ears or even wear makeup until after she became an adult. She led a typical college life by first attending George Washington University and then enrolling at the National Theater Institute in Waterford, Connecticut after she fell in love with the performance arts.

In 1995 Garner began her acting career by being cast in small roles in numerous TV shows and movies. However, it was the lead role as Sydney Bristow in the 2001 television show Alias that helped to cement her as a well-known actress. From that project, she gained more and more notoriety as she began landing prominent roles in such films as Daredevil, 13 Going on 30, The Kingdom, and Dallas Buyers Club. Now she’s back kicking ass and taking names in a new film entitled Peppermint.

Riley North (Jennifer Garner) is a typical mother up until her world becomes completely upended. One day, at an amusement park, members of a cartel show up and brutally murder her daughter and husband while leaving her wounded on the ground. When the perpetrators are eventually apprehended, they are unfortunately let go due to a very corrupt legal system. Stemming from the complete injustice, Riley disappears for five years and comes back with an intense knowledge of hand-to-hand combat as well as weapons training. Bent on revenge, she begins targeting cartel members as she hunts down the man who is ultimately responsible for the death of her family.

French Director Pierre Morel’s most notable work would be the 2008 film Taken. It’s a bombastic thriller about a father who will stop at nothing to get his kidnapped daughter back. Peppermint is definitely in the same vein but it, unfortunately, falls short of being a good film in many ways. The most notable and most egregious issue is with the overall story. It has plot holes reminiscent of Swiss cheese, an abundant amount of unintentional humor, and absolutely absurd character arcs. There were several portions of the film where I felt as if large pieces of a scene were either edited out or never there, to begin with. So much so that characters warp from one place to another without any rhyme or reason.

In addition to the atrocious story, this film has an abundant amount of exposition dumps. Time after time characters speaks to one another in the most ham-fisted, idiotic way possible simply to get certain details across to the audience. It was completely condescending and made me feel as if they are only trying to appeal to a theater full of children with an IQ of zilch.

The only slight highlight of the film is Jennifer Garner. She does the best with what she’s given which unfortunately isn’t very much. Her character is very two-dimensional and you can predict nearly every move that she makes next. At certain points, she hams up her performance in a slightly cheeky way but it never hits the mark of being truly memorable. She shines the most when she’s getting her hands dirty in fight scenes or shootouts but those sections never rise to the levels of a John Wick or Atomic Blonde in terms of mouth agape amazement.

To put it in blunt terms – I didn’t hate Peppermint but I really disliked it. If you go in solely for the action set pieces then you may have a good time, but in my opinion, there is no conceivable way that any other element of the film will win you over.

Synopsis: A revenge story centering on a young mother who finds herself with nothing to lose, and is now going to take from her enemies the very life they stole from her.