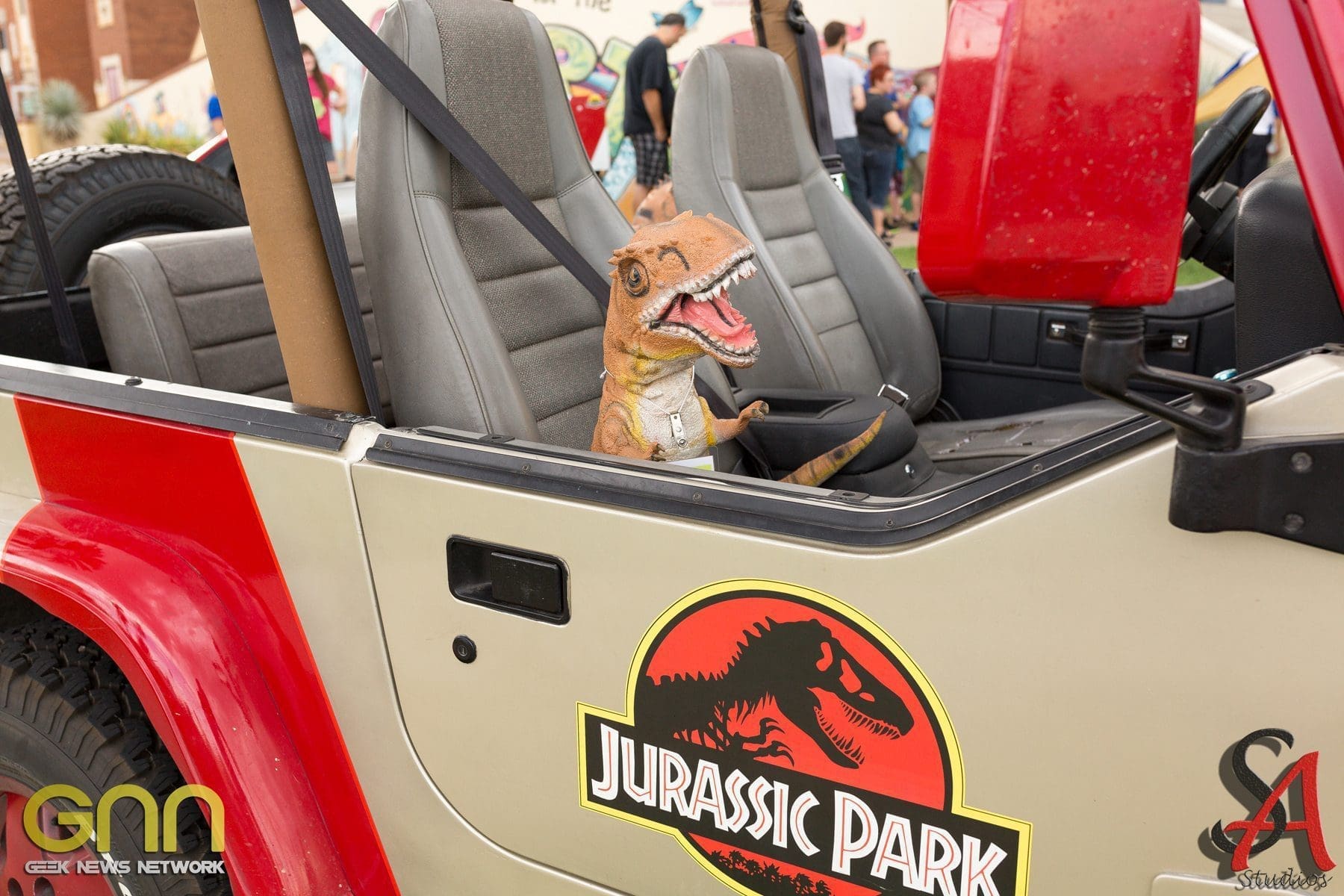 Dinosaur lovers, be sure to keep your eyes open and purchase Phoenix DinoCon tickets as soon as they become available for next year.  It was a blast if you were able to get in, (I actually had a great time!) but I felt bad for the many disappointed fans who hadn’t pre-ordered tickets and were unable to get in, some even waiting for hours to see if any spots became available as the day wore on.  It was clear that the interest was greater than what the venue would allow, and I sincerely hope that convention organizers are able to find a bigger space for next year’s convention so everyone can have a fun time like I did!

Luckily, vehicles from the Jurassic Park Motor Pool (http://jpmotorpool.com) were positioned on the grass outside for everyone to enjoy.  This is a group of people who deck out their cars (mostly Jeeps and Ford Explorers) to look like the vehicles in Jurassic Park.  I saw several Dr. Sattler and Dr. Grant cosplays walking around, as well as a lovely young woman who was dressed in a dinosaur headpiece and toga… from the gold laurels I would guess she was Raptor Julius Cesar.

After checking in, DinoCon participants were ushered into an auditorium where artist “Dinosaur Love” was playing, wearing a hat/mask that looked like Rex from Toy Story.  His performance was bizarre, but charming, in a “can’t look away from a trainwreck” kind of way.  After a quick visit to the Velociraptor Vendor room (cramped, too claustrophobic to appreciate what was there) I headed off to the panels, which are always my favorite part of a convention.

“Pop Culture Dinos and Why We Love Them” was hosted by the endearing Melanie Dolberg, a geologist and dinosaur lover.  The title says it all: this was a panel discussing pop culture incarnations of dinosaurs, from the stop motion dinosaurs in early cinema (which were comparatively more scientifically accurate than modern film dinosaurs), to Barney and Land Before Time.  She had great enthusiasm, literally running the microphone to members of the audience. One of my favorite parts happened during a conversation regarding the actual size of Velociraptors compared to how they were portrayed in Jurassic Park, when Dolberg warned, “You can laugh, but if you’ve ever been attacked by a goose…”

Next, graphic artist Damien X Hernandez (follow him @dhxdesign on Twitter) brought us “Mighty Morphin’ Dino Rangers.” With the winning combination of 1-Ninjas, 2-Teenagers with attitude, 3-Intergalactic elements and 4-Monsters, it’s no wonder that Power Rangers was such a sensation in the ‘90s! Admittedly, this panel was more about nostalgia than dinosaurs, (hey, three out of the five megazords were dinosaurs, right?) but it was HILARIOUS!

A bit more on the scientific/serious side, the speculative panel “Kaiju or Killed by Kaiju: The Mythos of Pacific Rim”  was inspired by one line from Pacific Rim: “They’ve been here before.” This panel discussed whether or not the dinosaurs were driven extinct by being hunted by the kaiju, or if the dinosaurs actually WERE kaiju.  Bringing in complex scientific theories such as non-carbon based life forms and square root law, this was definitely a nerdy but intellectually stimulating panel.  Of course, remember that it did consist of arguments that went like this: “Well, I’m not a size scientist, or anything, but Kaiju were definitely waaaay bigger than the biggest dinosaur that was ever discovered, so…”

“JP4: What We’re In For” was a great panel by Bobby Tyning, which basically was a compilation and discussion of spoilers, leaked photos, and speculation about next year’s Jurassic World movie.  I was particularly intrigued by the Mosasaurus feeding time listed on one leaked Jurassic World brochure—It’s about time we get to see some aquatic dinos!

Rounding out the night was a little lesson in history with author Khurt Khave’s “Dinosaurs and Victorian Literature.”  In the period of time when dinosaurs were just barely being discovered, Victorian era science fiction (or speculative fiction, as it was called in the day) was full of stories of dinosaurs and other prehistoric creatures, from Journey to the Center of the Earth to the cowboys and dinosaurs trend of the Weird West genre.  I loved the cover illustrations and will definitely check out some of the books he mentioned. (And you can check out Khurt’s book on Tea Dueling here: http://www.amazon.com/A-Steampunk-Guide-Tea-Dueling/dp/1494265125)

I see a lot of potential for growth for Phoenix DinoCon in the future! I will definitely return next year, provided the raptors don’t get me first. 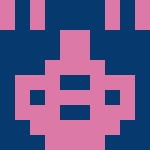