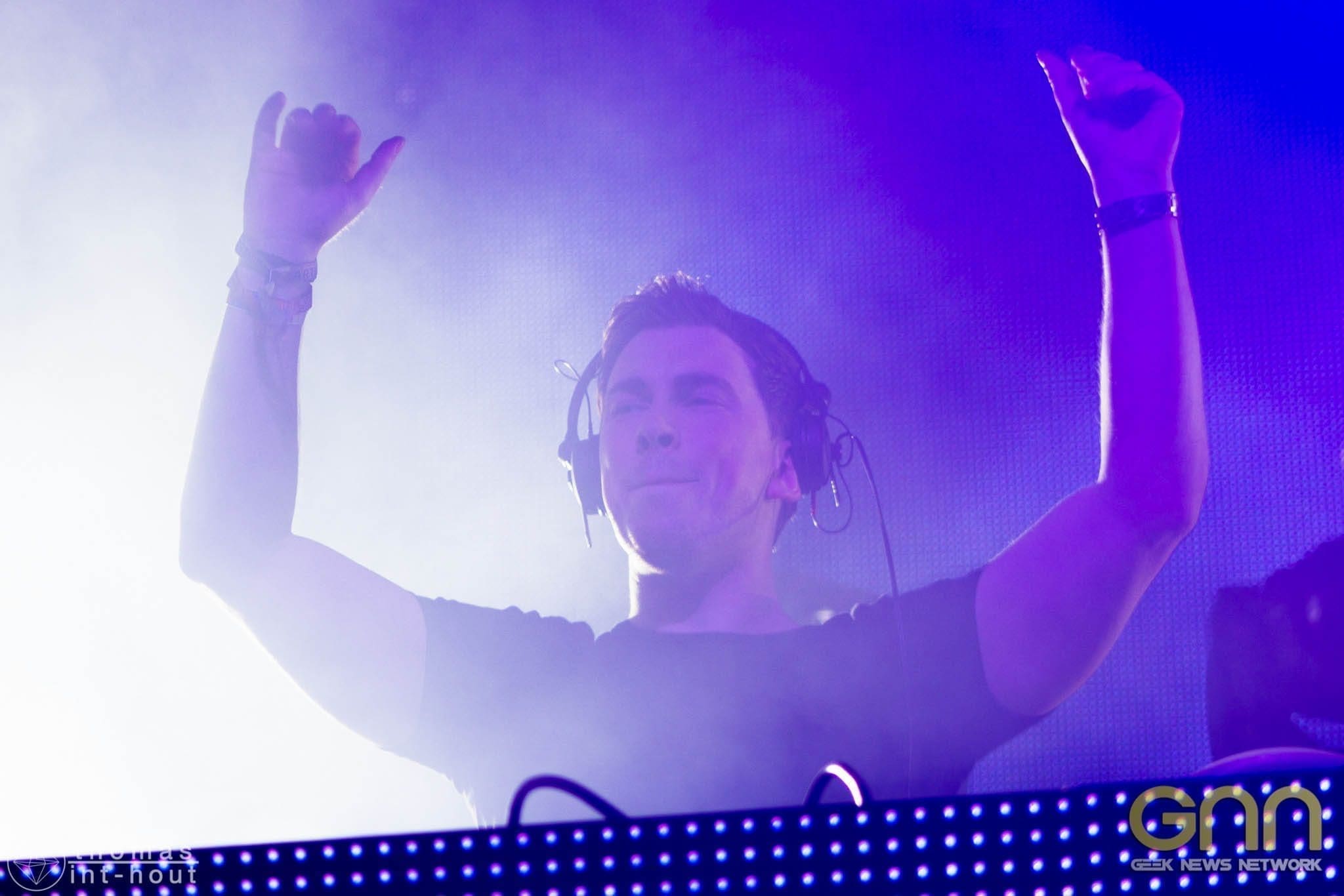 This past Sunday, March 22nd, the Civic Space Park in Downtown Phoenix was taken over by thousands of ravers and a wide range of talented DJs. This was the first year for Phoenix Lights Festival and the fact that they managed to snag Hardwell, the twice-named #1 DJ in the world by DJ Mag, among others, is an impressive feat for a brand new music festival. It sure as hell set the bar for other EDM festivals popping up in Phoenix! Not only was this the first year for Phoenix Lights, this also happened to be my first time attending an EDM festival. Not only did I get to see my absolute favorite DJ perform live, but my experience with these type of festivals and the PLUR and rave culture were phenomenal. It is a day I will always remember fondly, and Phoenix Lights Festival helped make it unforgettable!

Getting into the festival was simple and easy with very little frustration. We got there an hour before the gates opened and were pleased to find that there was still plenty of parking in the lot adjacent to the festival grounds.

The moment we made it into the park, we were greeted by chill beats from the starting DJ off the smaller RBDeep Stage. Naturally, we both immediately bought a Hardwell shirt from one of the vendors – because of course we did. You can never leave a music festival without some kind of swag, right?

For the first few hours, we sought some shade and decided to people watch as the festival slowly filled up. We sat through most of the set for Rolando Hodar and local DJ Dan Lunsford who had some deep house tracks that could get anyone moving; We definitely saw some people moving and grooving too. The architecture of the grounds was just right for a music festival setting like this one, especially once the sun went down and the art sculpture “Her Secret is Patience” lit up. I give a huge thumbs up on the venue choice!

We got hungry at some point and went in search of food. Unfortunately, there was only one food vendor in the festival and the only option on the menu was tacos. Don’t get me wrong, I love tacos, but I had been told there would have been a variety of food available at the festival. I was slightly disappointed that that was not the case. However, this was the only negative to the festival I found and hopefully next year, there will be more food vendors lining up for this festival.

After we got some food in us, the rest of the evening was spent at the front of the Lights Stage. We got there in the middle of Kill the Buzz‘s set which already had the energy level rising. The crowd was huge and everyone was dancing. His electro house beats definitely got me moving. After that, Jauz took the stage and the energy levels went through the roof! Everyone went nuts and his tracks were heavy, intense, and blew me away.

But that was only the first headliner, ladies and gentlemen, and I didn’t think the energy and the dancing couldn’t get any better. But. It. Did. ZEDS DEAD blew our minds with their set. Those Canadian dudes really know how to party! But just when I finally got all the pieces of my mind glued back together, here came HARDWELL to close out the show. Admittedly, I fangirled a little when I saw him at the stairs leading up to the stage since I had a clear view of that area from where I was standing. I was excited to see my favorite DJ in person, knowing that he knows how to put on a damn show. And he certainly did not disappoint! There was so much energy, so many screams and cheers, so much dancing, that I would not be surprised if people could hear us all the way in Sedona.

The DJs and incredible music were not the only things that made March 22nd one of the best days of my life. I happened to spend my evening surrounded by some amazing people. Everyone spoke to you like you were their best friend, and you didn’t even know each others’ names. I felt a sense of unity and love that I didn’t think I could find in the world. But the rave culture is all about PLUR (Peace, Love, Unity, and Respect) and I felt accepted as one of their own immediately despite this being my first festival.

I even received my first Kandi from an amazing raver in a wheelchair and, while I didn’t know it at the time, took part in a special PLUR handshake that signifies acceptance. Once I looked all this information up though, I wish I could find the guy again and hug the crap out of him. Seriously, EDM festivals are where you become best friends with everyone. It’s a beautiful culture.

To sum it up, Phoenix Lights Festival was an incredible, unforgettable experience. I was very excited to be a part of it as media and I will be returning in future years.

Also, I might have to start making Kandi now for future festivals I attend. Just saying!