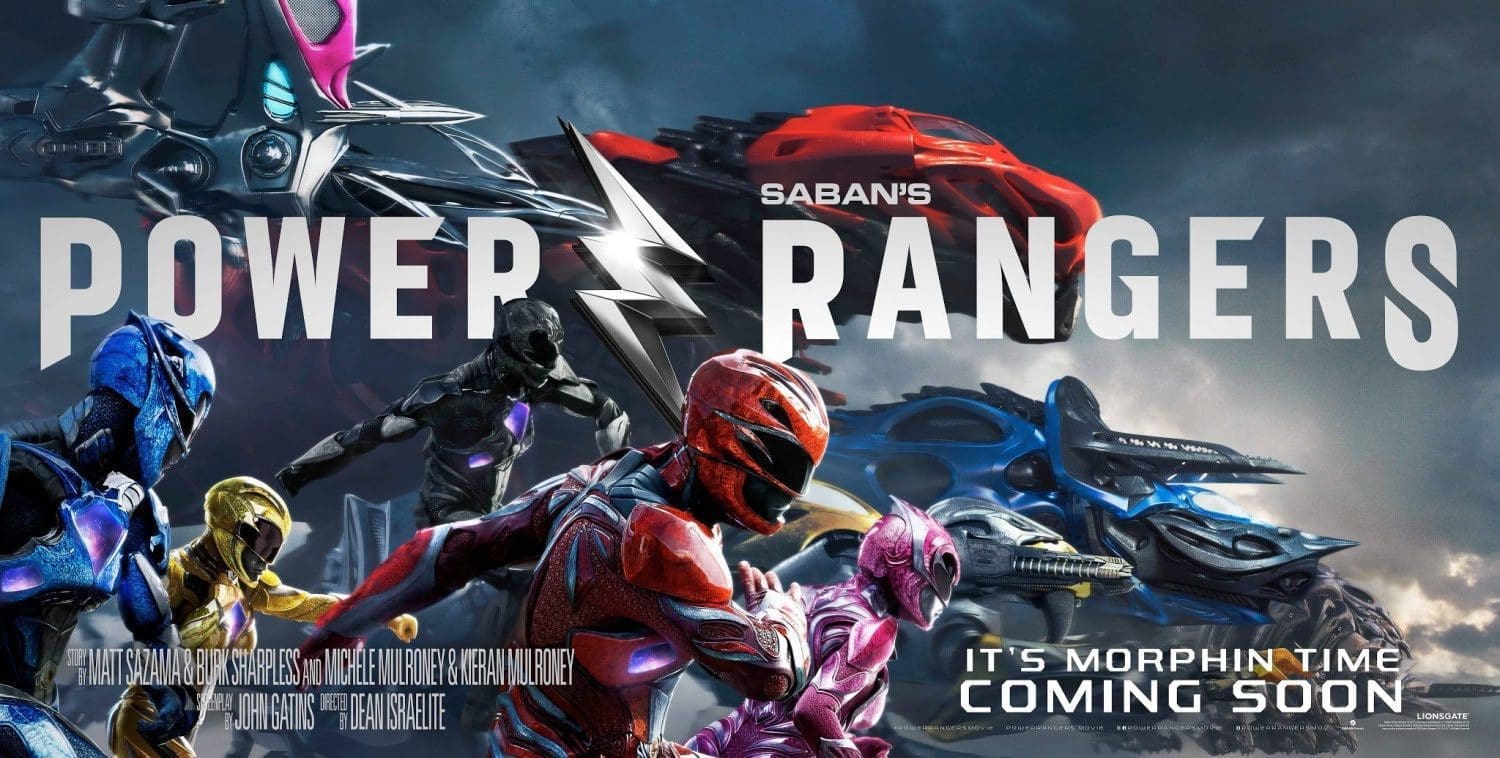 I can still remember back in 1993 when I was first introduced to the Mighty Morphin Power Rangers on Fox Kids. It was nothing like I had ever seen before and just from the amazing show intro with the awesome guitar riff – I was hooked. It had stylish teenagers living their lives in Angel Grove up until an evil sorceress named Rita Repulsa was freed from imprisonment and decides to wreak havoc on Earth. Zordon (a magical floating alien head) and his robot buddy named Alpha 5 select five “teenagers with attitude” to combat the evil woman by using super suits and crazy robot dinosaurs. Week after week, Rita would release zany monsters on Angel Grove and the Power Rangers would have to fight off the menace time and time again. Now, over 20 years later, a new group of teenagers join the franchise in a reboot simply called Power Rangers.

This version of the story opens up at the time when dinosaurs roamed the Earth. Zordon (Bryan Cranston) and his allies are fighting off Rita (Elizabeth Banks) as she tries to capture something called the Zeo Crystal in order to rule the universe. Flash forward to present day and a teenager named Jason (Dacre Montgomery) is running from the cops due to an incident involving a high-school mascot. He gets caught, put on house arrest, and is forced to spend his weekends in detention. While there he befriends a socially awkward kid named Billy (RJ Cyler) who later on takes him to a rock quarry for fun. After an explosion, the two are joined by three other nearby teenagers as they discover an alien spaceship with Zordon inside. Coincidently Rita appears again and Zordon must get these five teenagers to work together to become Power Rangers and stop her.

While I was initially skeptical about this reboot when it was originally revealed; luckily my fears have been entirely put to rest. This iteration of the Power Rangers is absolutely awesome and it’s entirely evident that a lot of care was put into grounding it in a semi-reality. Overall, the film is a fantastic mix of comedy, drama, and action. It’s mainly focused on the drama aspect but it has comedic moments peppered all the way through that help to lighten the mood. Also, the campiness that the franchise normally has is nowhere to be seen which helps pivotal dramatic scenes to have a much greater weight. Even so, subtle nods to franchise lore still exist which long-time fans should greatly appreciate.

Although I’m giving a lot of praise to the film as a whole; one glaring negative aspect needs to be addressed – Elizabeth Banks as Rita. In other roles I think that Elizabeth Banks is perfectly cast. She brings a fun, light-hearted nature to every other role that I’ve seen here in. However, in this film I think she was completely the wrong choice. I never once felt her as an intimidating or even threatening presence. I do give Banks a lot of credit though because I think that she did the best that she could given the circumstances.

When all the pieces finally fell into place, I look back and admire what they did with this reboot. Not only did they take one of my favorite childhood franchises and put a good spin on it, but they also made it laugh-out-loud funny with likable, three-dimensional characters. For all of that, Power Rangers is a must-see in my book!

Synopsis: A group of high-school students get to be super heroes in order to try and save the world.