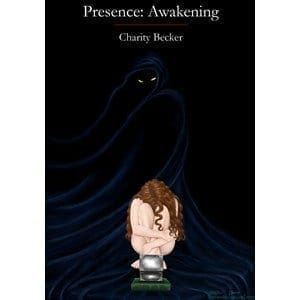 This book was about a young woman who witnessed her step-father’s death after years of abuse by him. When the cops were called, she told them that a dark hooded figure, the boogyman, killed Cadric. She was locked up in Divine Hope for 9 years where doctors tried to help her recover and be placed back in the real world.

After 9 long years, she was finally released and she wanted nothing more that to go back. But one weird thing after another kept happening and she soon found out she wasn’t insane, but everything, including the boogyman was real. She learned she had the ability to control fury and call on lycans, much like her missing father. She also learned what happened to her older sister, Alice. She found a place where she belonged and was accepted, but she had to fight her fears in order to help children that were going through the same abuse she went through.

I really enjoyed this book. I liked how there were all the twists and turns and really couldn’t find anything wrong with it. I felt connected with Mina Jewel, and the story hit really close to home. I could relate to a lot of what was going on even though it was all supernatural of course. As I was reading, I thought that I knew what was going on, who was good and who was evil, but Charity was always a few steps ahead and made sure that you would keep guessing until the very. I had a hard time putting this book down and enjoyed reading this very much. I fell in love with the characters and I look forward to reading the sequels to this novel.

If you like psychological mind games and a book that always has some sort of twist, then I would recommend this book.