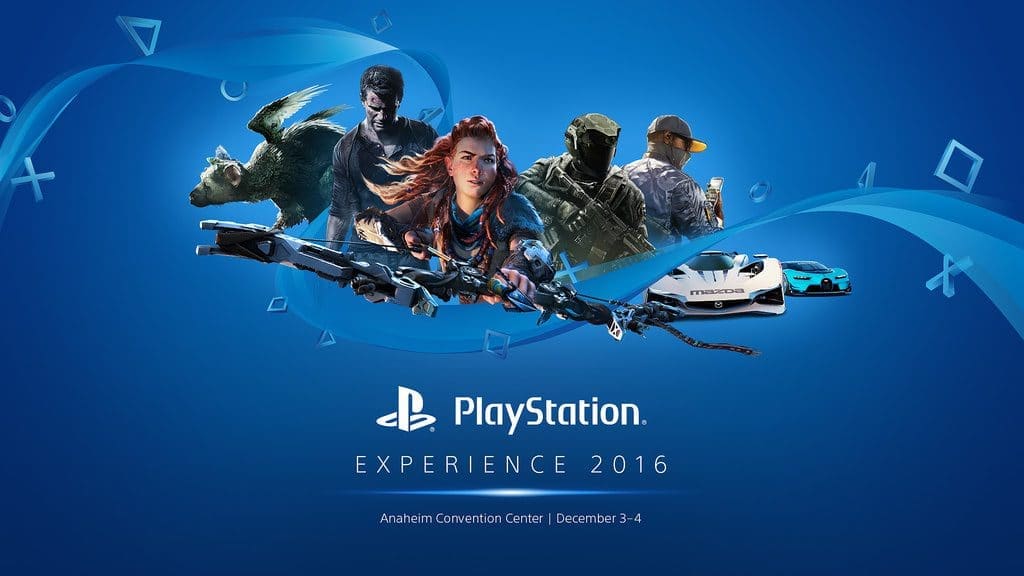 This weekend is the (third annual) Playstation Experience 2016 in Anaheim, CA. The opening press conference was filled to the brim with new reveals and trailers which we have compiled below. Check them out!

A reveal trailer was shown for the upcoming Uncharted 4 Story DLC titled Uncharted: The Lost Legacy. The trailer showed gameplay of the DLC as well as revealing Chloe (playable) and Nadine to be the focus of this new story.

Destiny: The Dawning was revealed with a trailer as the latest timed event. A new Sparrow Racing League in-game event was shown alongside new tracks and new sparrows. Strike Scoring has also been added, allowing players to show off their skills with new score challenges. This update will add new quests, new weapons, and new gear. December 13th-January 3rd exclusive to owners of Rise of Iron.

Gameplay of the Crash Bandicoot N.Sane Trilogy was shown in a new trailer. This collection was clearly built from the ground up as the graphics seen in these three games are a far cry from their original PlayStation counterparts.

Resident Evil VII: Biohazard received a “final” demo update that will go live tonight, playable on both PS4 and PSVR. Players will be able to play the “Banned Footage” DLC first on PlayStation in the final release.

Akuma will be added to the Street Fighter V roster alongside 5 brand new (unrevealed) characters as part of a new character pass available December 20th, 2016.

Ahead of its release next week, The Last Guardian’s (assumed) launch trailer was shown.

PaRappa the Rapper 20th Anniversary demo is available today, also announced as coming soon was Patapon and LocoRoco. All three games are being remastered for the PS4.

Knack 2 was announced alongside a gameplay trailer.

Gravity Rush 2: Another Story The Ark of Time-Raven’s Choice was revealed, a piece of free DLC coming in March. Raven will be the playable character in this DLC as opposed to Kat. Gravity Rush 2 (base game) releases January 20th.

A new trailer for Gran Turismo Sport was shown entirely focused on its visual fidelity.

Yakuza Kiwami and Yakuza 6: The Song of Life are both making their way to the west. The games will come to PS4 Summer 2017 and Early 2018, respectively.

Danganronpa V3: Killing Harmony was revealed with a short teaser, coming 2017 to PS Vita AND PS4.

NieR: Automata is coming March 7th, 2017 with a new demo dropping in the “coming weeks”.

Dreadnought, a ship-based space shooter, is coming exclusively to consoles on PS4 in 2017.

Devolver Digital’s new title, Absolver, was revealed with a gameplay trailer and is described as “Online Melee Action”. Coming 2017 with exclusive PS4 content.

Housemarque revealed their previously teased “Jarvis Project” with a gameplay trailer. Nex Machina: Death Machine already shows the return of the incredible top-down twin-stick shooting that Housemarque is known for.

Let It Die showed a new trailer and is available free for PS4 today.

Windjammers is coming to PS4 and Vita, originally released on the Neo Geo over 20 years ago.

PSVR exclusive, StarBlood Arena, was announced alongside a gameplay trailer. Both single player and co-op modes were shown. Coming Spring 2017!

A gameplay trailer for Nioh was shown.

Alpha footage of MLB The Show 17 was shown. A retro-mode was also revealed in the trailer.

Horizon: Zero Dawn showed a new trailer highlighting the expansive world and environment in the game.

The show closed on a cinematic trailer of The Last of Us Part 2.

Playstation fans had quite the morning today! Personally, I’m most excited for Danganronpa V3, but what about you? Let us know below what you’re most excited for from this morning’s announcements!