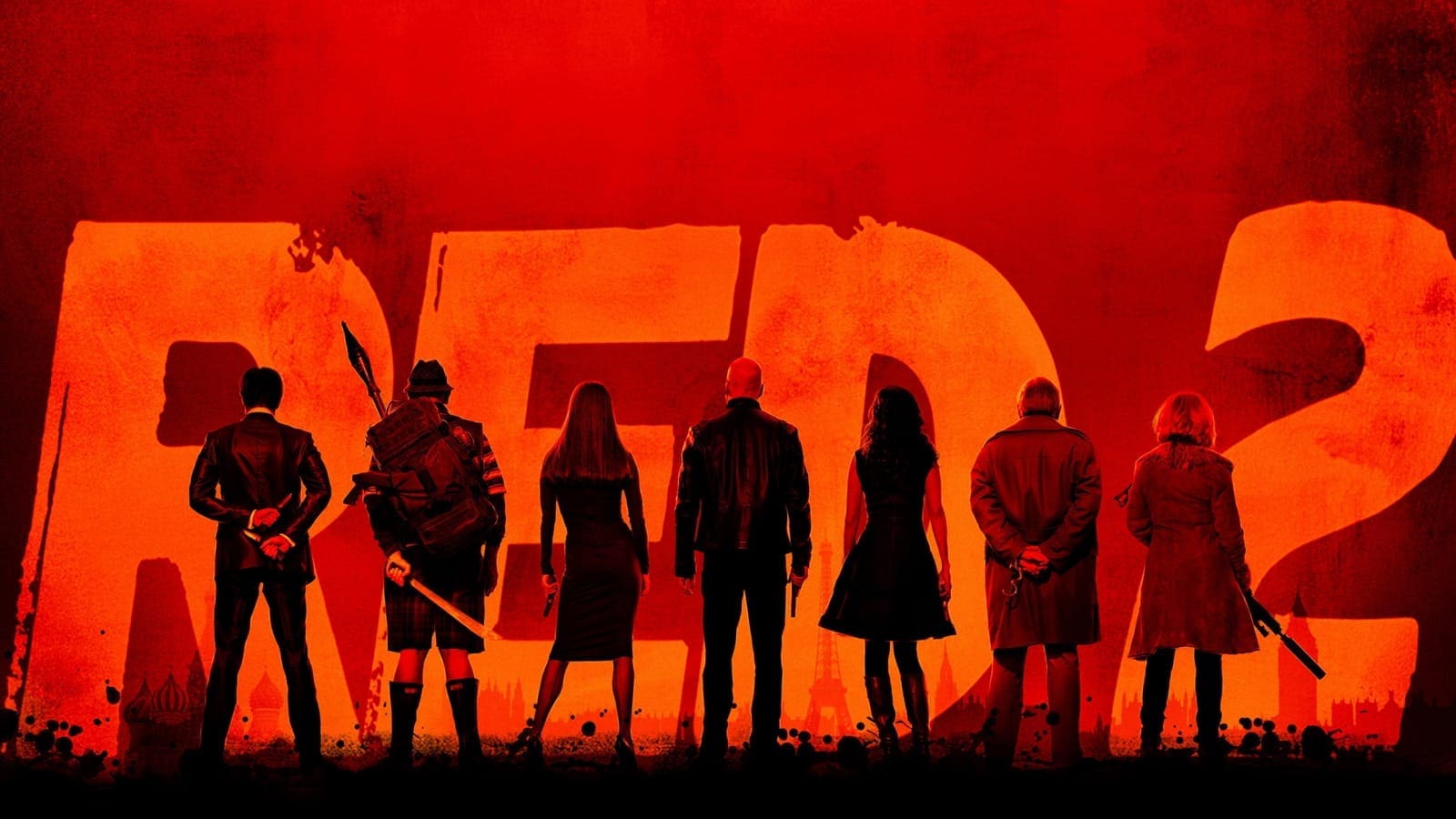 RED which stands for Retired Extremely Dangerous is a film that came out in 2010 based on the Warren Ellis comic book of the same name. The film was given mostly positive praise at the time and was a box office success. Due to that success, a sequel was put into production and called RED 2. Robert Schwentke who was the director of the first film decided not to follow up on the sequel and instead the director of the highly rated Galaxy Quest (Dean Parisot) took over the helm.

RED 2 picks up right after the events of the first film with Frank (Bruce Willis) and Sarah (Mary-Louise Parker) living the quiet, suburban lifestyle accompanied by the always neurotic Marvin, played by John Malkovich. Right at the beginning of the film they find out that Frank and Marvin have been outed by a Wikileaks type of site that says they have something to do with an old Cold War era nuclear weapon. After Frank attempts to clear his name with the authorities, all hell breaks loose and Frank, Sarah, and Marvin find themselves being pursued by a highly trained assassin while trying to figure out what’s really going on.

Changing course, I feel that I must be very blunt about my thoughts on RED 2; this is one of the most poorly constructed, horribly acted, and dreadfully shot films I have seen in a while. Firstly, the story is not only bland and uninteresting, but all of the side plots that happen with all of the newly introduced characters are not only confusing but also idiotic. Catherine Zeta-Jones, Anthony Hopkins, and Byung-hun Lee are additions to the cast that bring nothing to the film even though their talents are widely known. Zeta-Jones is completely unmemorable and is only used to add an unneeded love-triangle to the Frank-Sarah relationship. Lee was just in G.I. Joe: Retaliation as Storm Shadow where he stole an adequate amount of screen time; here his talents are wasted by being an incredibly unoriginal martial arts assassin that is as two-dimensional as a scrap of paper. Hopkins plays the only somewhat memorable new character but due to his lack of screen-time and motivation, his character falls short in the end.

Where RED is somewhat of a goofball comedy-action hybrid, RED 2 doesn’t know what it wants to be. The dynamic of Willis as the tough guy and Malkovich as the phobic comic relief in the first film plays perfectly when combined. However, here Parker tries to take a lot of the comedic elements away from Malkovich which results in not only jokes missing their beat, but also jokes not being heard due to a weirdly low volume from her delivery. Just like in A Good Day to Die Hard, Willis practically phones-in his performance with no feeling being projected through his dialogue. To put it simply, the chemistry between all of the characters has faded away.

When watching RED, I can remember specific set-piece moments that helped to define the visual style of the film – Marvin running after bad guys with a bomb strapped to him, Frank getting out of a police car and shooting while the car is still moving, a RPG being fired at Marvin as he blows it up with a bullet from his gun. These are all moments that help cement a little extra fun into the action-oriented nature of the first film. After watching RED 2, nothing memorable comes to mind. The film appears to be slapped together with poorly shot sequences that have no ebb and flow and editing that leaves giant gaps between dialogue.

Hate as they say is a strong word. To say that that I hated RED 2 would be incorrect; I rather disliked RED 2 quite a bit though. There are 2 fight scenes in the film that I enjoyed due to their use of specific objects that I hadn’t seen before. But those scenes are not enough to have me recommend the film whatsoever. It’s truly a shame that so much potential for a film was wasted away but nevertheless you can skip this one unless you want to leave the theater red in the face.

Synopsis: When a Cold War nuclear weapon goes missing, Frank Moses and his crew must track it down and clear their names of any wrongdoing in the process.