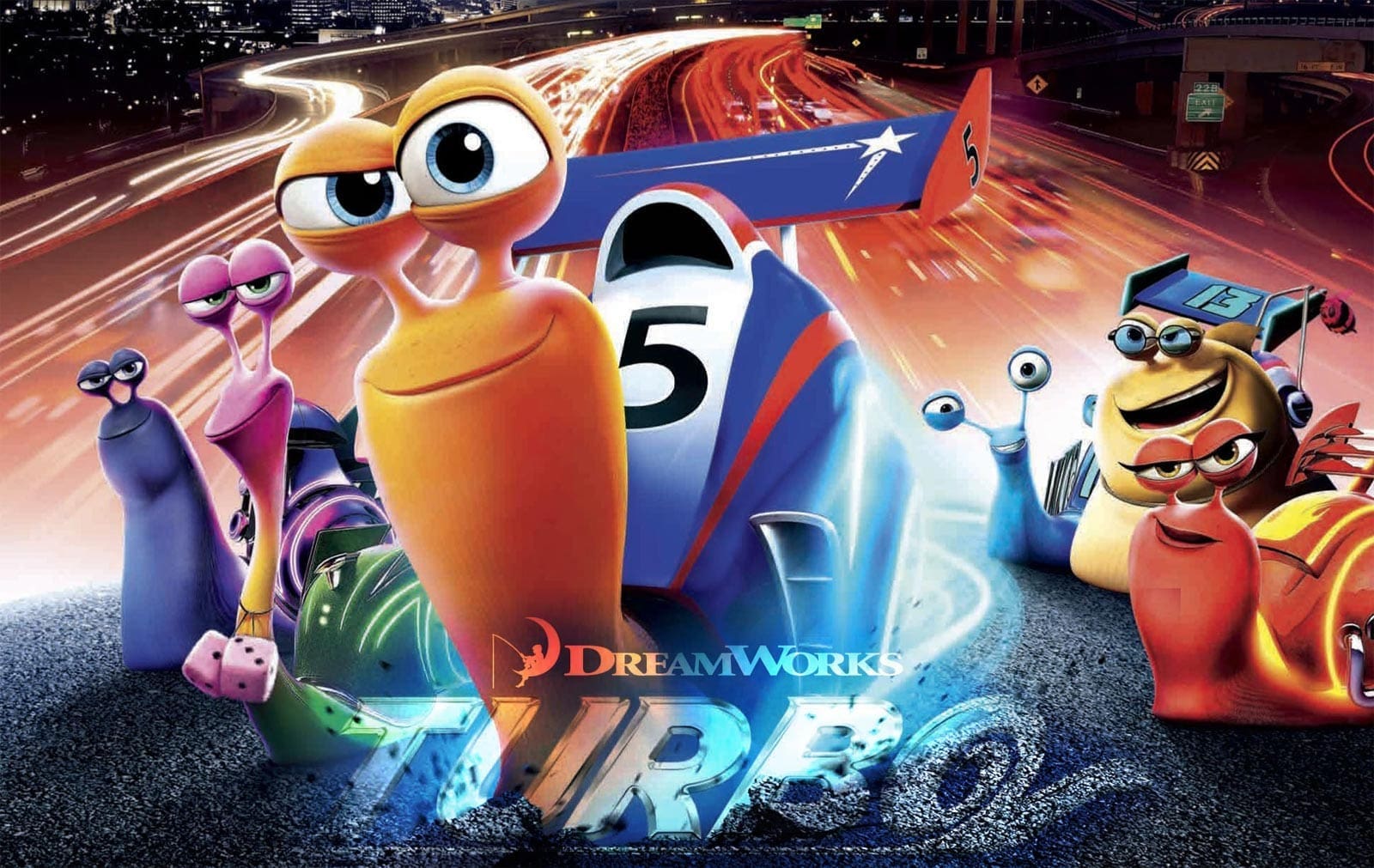 There’s always that person in your life that busts your balls. They stand over your shoulder telling you time and time again why you can’t do something, why you shouldn’t bother, and that dreams get you no where. Turbo is all about determination, teamwork, a little bit of luck, and never giving up even though those around you don’t believe.

You wouldn’t think a movie about a snail that has a freak accident with NAS and ends up racing in the Indy 500 would be any good, but as an animation junkie, I loved this movie. I didn’t have high hopes for this movie, but man was I surprised. There are so many great aspects of it. Similar to A Bugs Life, we get to really see what life is like as a bug… well, a snail. It’s nice to see the world through the eyes of a snail, specifically dealing with problems like being eaten by birds, their fear of salt, and of course being slow. You also get to see the creative ways that a snail who wants to be fast would get around. Turbo’s crew is pretty creative. and they give him an entertaining run for his money (or “bills” as they put it.)

As an animator, I really love the attention to real life detail that is put into this movie. Unlike Cars, we see real life companies sponsoring drivers and supporting the theme for the movie. There are all kinds of little things, like how Turbo has to deal with the tire flakes on the track, the kid who loves to run over bugs, and little quirks like what to expect from a NASCAR snail pit crew (it involves a lot of chapstick.)

I especially liked Tito, who always has big business ideas for he and his brother’s taco stand, but always falls short. Just like Turbo, his brother is always telling him to stop dreaming and get to work. Tito is a real role model for everyone, showing us to dream big and never give-up, even when it seems impossible.

The movie almost all seems to be a big happy accident that makes you really believe in the characters. There’s great humor for both kids and adults, and pt will warm your heart and make you believe in your dreams. The 3D is cool, but you can get away with seeing it without.

About the Movie: Turbo, a snail with big aspirations, dreams of winning the Indy 500. He faces many obstacles along the way, such as those telling him to give up, but a freak accident takes place that helps out.

Rated PG for some mild action and thematic elements