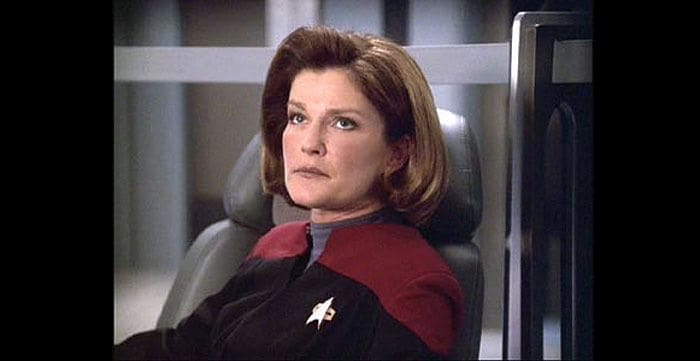 Various click-bait sites are abuzz as Arizona State University’s Professor Lawrence Krauss and Star Trek alum Kate Mulgrew have been allegedly linked to a documentary arguing for a geocentric universe. A geocentric universe is long-discredited idea that the sun revolves around the Earth.

The documentary, called The Principal, is an exploration of the idea that everything science knows is wrong, and the sun revolves around the Earth, just as the Bible says. The film featured voiceover work by Kate Mulgrew, as well as clips of physicists like Michio Kaku and Lawrence Krauss. While high-profile physicist Michio Kaku has not yet publically addressed his appearance in the film, both Krauss and Mulgrew have disavowed their parts in the film.

The film was produced by Robert Sungenis and others. Sungenis is a radical Catholic apologist, who has gone on the record saying that he does not believe in the Holocaust. His local bishop has censured Sungenis and asked him to stop using the word “Catholic” in his organization’s name according to an article in the Washington Post.

Physicist Lawrence Krauss also states that his contributions to the documentary were “mined”—as in quotemined. Professor Krauss initially posted his retort on Twitter. A longer, full rebuttal by Dr. Krauss was later posted to Slate. In the Slate rebuttal, Krauss states that he was “surprised to learn of the premise of the film, until I learned that its producer also questions the Holocaust.” Professor Krauss characterized both the premise of the film and the ideal of Holocaust denial, “a disservice to the word nonsense.”

Similarly, Kate Mulgrew has disavowed her involvement in the project. On her Facebook page, actress Mulgrew first asserted her agreement with Dr. Krauss, and characterized his Slate rebuttal as “succinct.” On the wall of her Facebook page, Mulgrew assured her fans that “I do not subscribe to anything Robert Sungenis has written regarding science and history and, had I known of his involvement, would most certainly have avoided this documentary.”

While Mulgrew’s involvement in the Star Trek franchise is well known, by way of an interesting coincidence, Dr. Krauss is one of the authors of the book The Physics of Star Trek.

The Best Gift A Man Can Get!