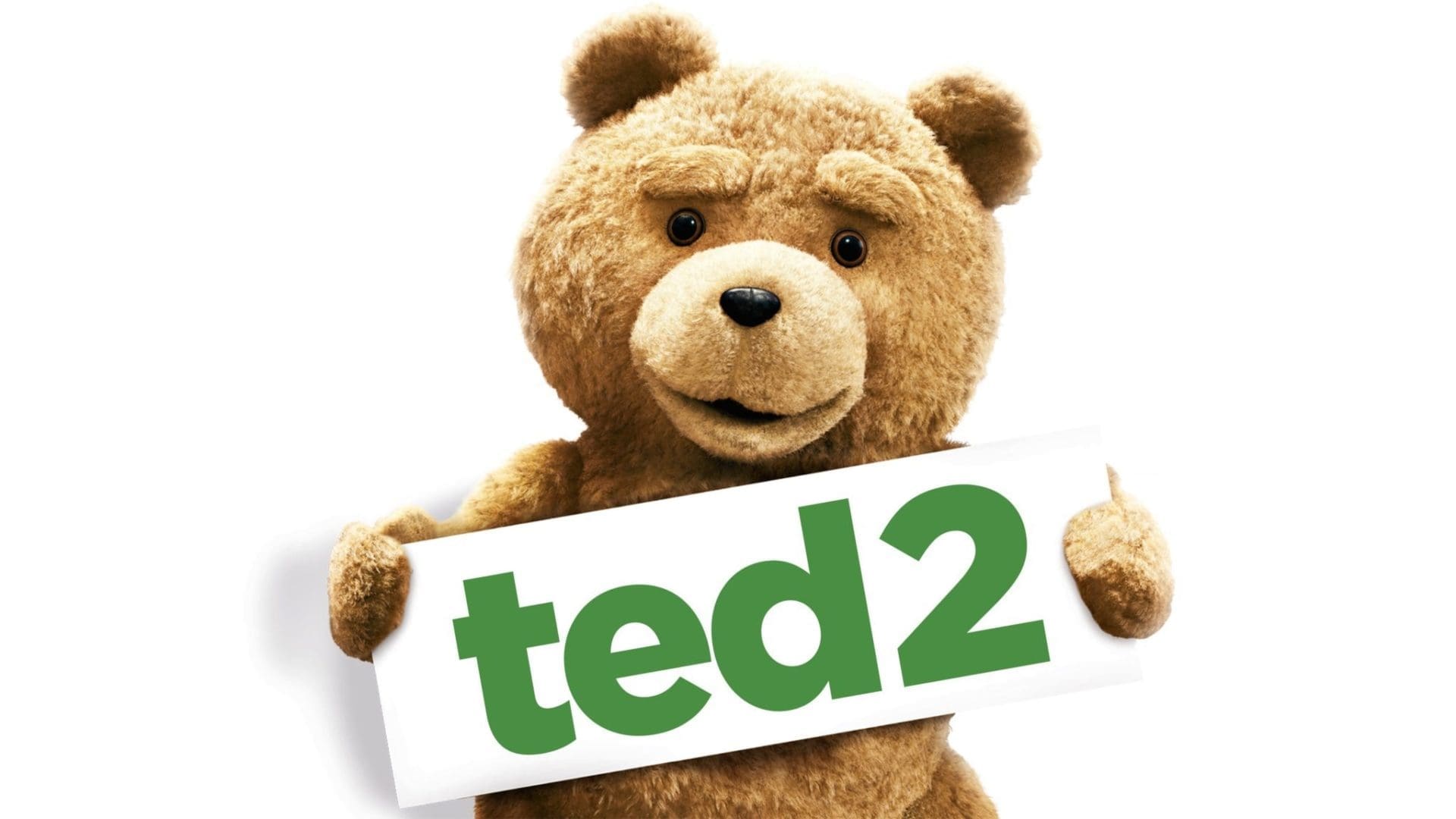 Seth MacFarlane is a man that you either love or you hate. Some people find his type of comedy outrageously hilarious while others find it pretentious and over-the-top. For myself, I would fall into the category of adoring the material that he creates. I find MacFarlane’s humor funny due to his constant pop culture references as well as his ability to turn very crude subject matter into very light and easily digestible entertainment. From his big break with the TV series Family Guy to the films Ted and A Million Ways to Die in the West, Macfarlane has been on a constant stream of delivering wave after wave of comedy to the masses. His newest venture is Ted 2, which is a sequel to the highly successful first film.

This film picks up a year or two after the first film. John (Mark Wahlberg) is suffering emotionally after getting divorced from Lori (his love interest from the first film) and Ted (Seth MacFarlane) and Tami-Lynn (Jessica Barth) are getting married. Shortly after they are wed, marriage problems ensue. They then hear that having a child could possibly fix the problems that they are having. So the two decide to adopt and while undergoing the process, Ted is declared not a person by the government. John and Ted then decide to fight for Ted’s rights by teaming up with a young pro bono lawyer named Samantha (Amanda Seyfried).

While the first film seems to meander quite a bit when it comes to the through line of the story, Ted 2 sets everything up at the start and then meanders here and there with uproariously funny side tangents. Before heading in to see it I couldn’t for the life of me think that they could actually top the first film, however Macfarlane somehow is able to make nearly every joke land perfectly to the extent where you are actually crying from laughter. This film isn’t just funny, it’s absolutely hysterical. In addition, several musical numbers are interwoven within different portions of the film to help break up the pace and assist in grounding it into a more heartfelt story.

Even though I found Ted 2 to be one of the funniest films that I’ve ever seen, that doesn’t mean that it doesn’t have a couple of problems. One issue that I had with it is a sub plot involving Giovanni Ribisi’s character Donny. It’s added to include more of an antagonist element to the film but it comes across as a bit recycled and unnecessary. The other issue I have is with a scene near the end of the film. It includes an event with hundreds of people and to me it was executed in a very sloppy and rushed way. Other than those two qualms, I felt the rest of the film to be very solid in how it pieces everything together.

I go to comedies primarily to laugh and even though some comedies have phenomenal stories, if they aren’t able to elicit a lot of laughter from me then I feel that they shouldn’t be considered a comedy. Luckily Ted 2 doesn’t fit that bill and it is able to do its part in the chuckle department over and over again. Its story may have a few problems but if you are looking for a film to make your cheeks hurt, then look no further.

Synopsis: Ted and Tami-Lynn have just gotten married and want to adopt a baby. However in order to do that Ted has got to establish that he’s a real person in the eyes of the United States government.

Spider-Man: Into The Spider-verse | Movie Review